The city and NASCAR say they've partnered with health officials to make the transition safe. 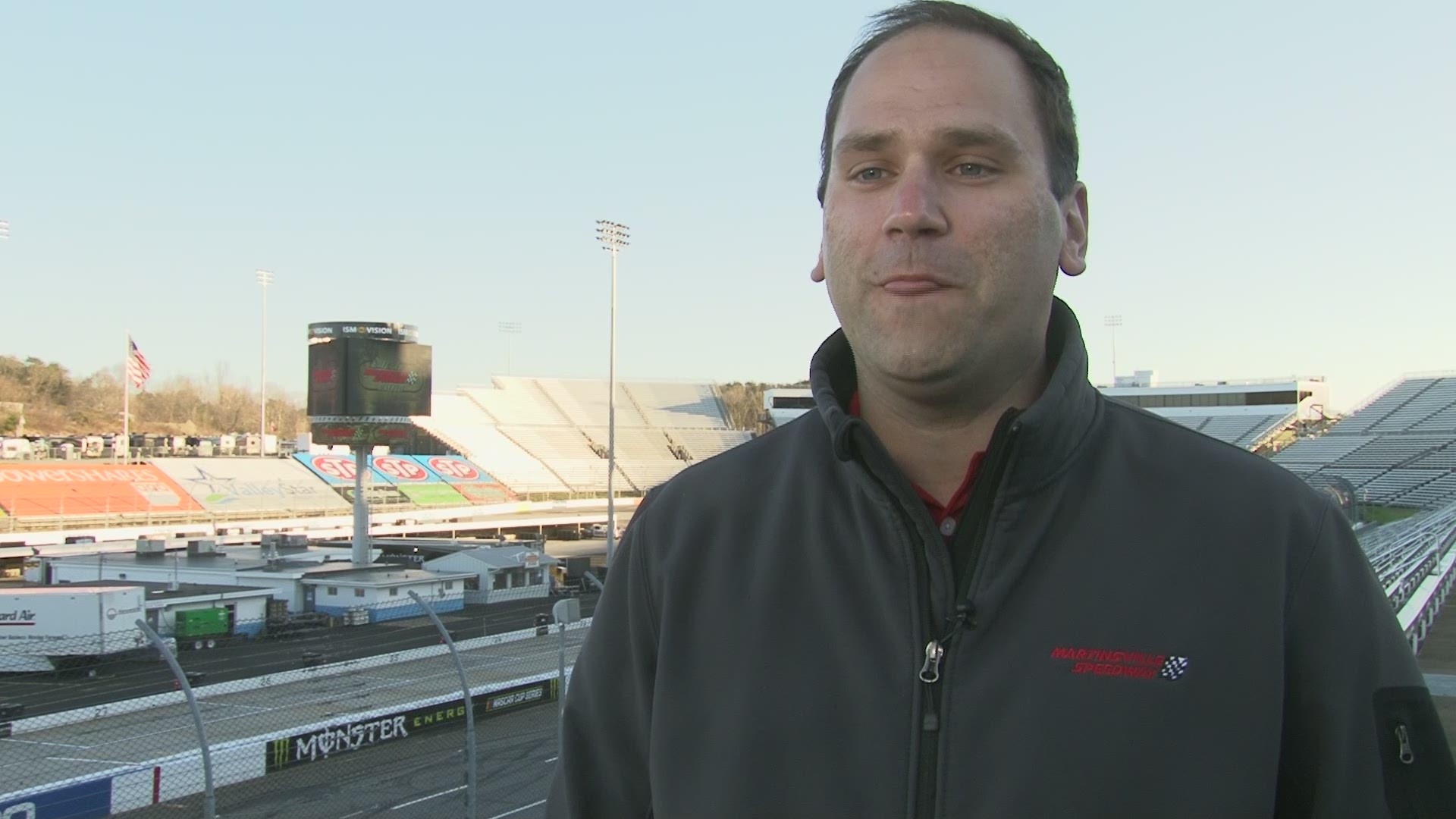 According to a press release, NASCAR and the city of Martinsville have worked closed with health officials to safely bring races back to the community. Fans will not be in attendance but they will broadcast on FSI, MRN, and SiriusXM NASCAR Radio.

The city's spring race weekend was scheduled for May 8-9 but was postponed back in April due to the pandemic.

The Whelen Modified Tour race scheduled for May 8 has been canceled. TIcketholders may elect to receive a credit for the full amount plus an additional 20% off on a future race. For more information click here.

The race and broadcasts will happen on June 10th at 7 p.m.

RELATED: Man charged with threatening to blow up Darlington Raceway

RELATED: It's not just coronavirus: how the weather could factor into the return of sports and fans

RELATED: 'To be without NASCAR was a hardship': Freelance workers return to the track