It marks the second straight season the Aggies will not finish the MEAC Tournament. 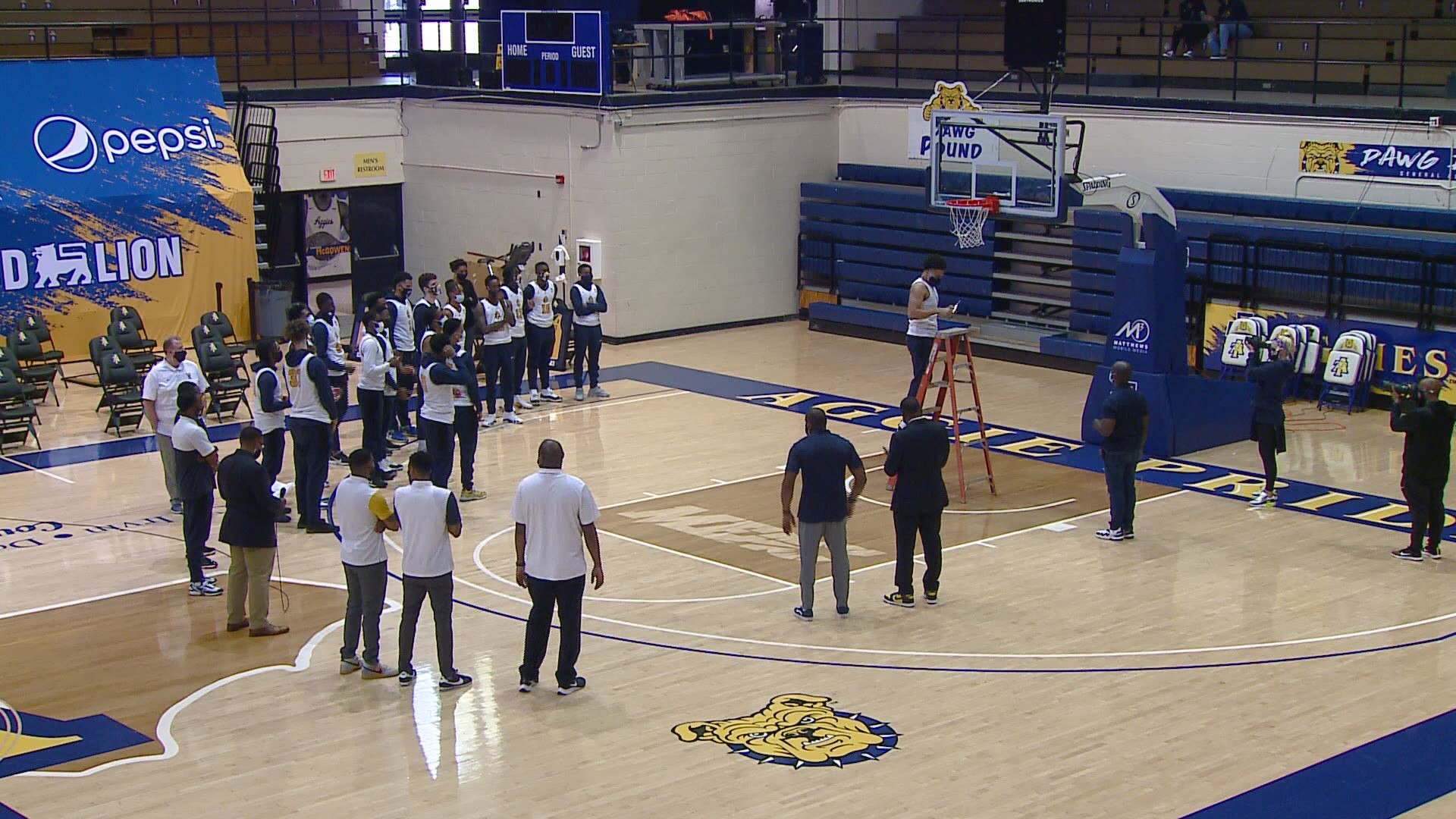 It marks the second straight season the Aggies will not finish the MEAC Tournament.

“I have no words for the news we received today,” said N.C. A&T coach Wil Jones who came into the tournament with a 20-5 record versus MEAC competition. “To not be able to allow these kids a chance to compete is a feeling I can’t explain. Aggie Nation we must rally behind these players. We must celebrate this group. They have done their best to protect the Aggie brand this season.”

The Aggies clinched the No. 1 seed out of the MEAC Southern Division with a 7-1 record. They were scheduled to play Friday in the MEAC semifinals at the Norfolk Scope Arena.

Last year, the Aggies won their quarterfinal game over Howard but officials canceled the tournament because of COVID concerns.

“My heart aches so much for these young men,” N.C. A&T Director of Athletics, Earl M. Hilton III said. “To get to this point and have it taken away before we even get a chance to play is devastating. I am proud of the leadership our coaching staff showed. I am proud of our training staff for all the dedication they exhibited, and I am proud of our student-athletes. They did everything we asked of them. The global pandemic has proven to be unpredictable, and its outcomes are often cruel.”

Next season, they’ll play in the Big South Conference.