Republicans offered maps that would place GOP Rep. Mark Walker of Greensboro in a district that clearly favor Democratic candidates. 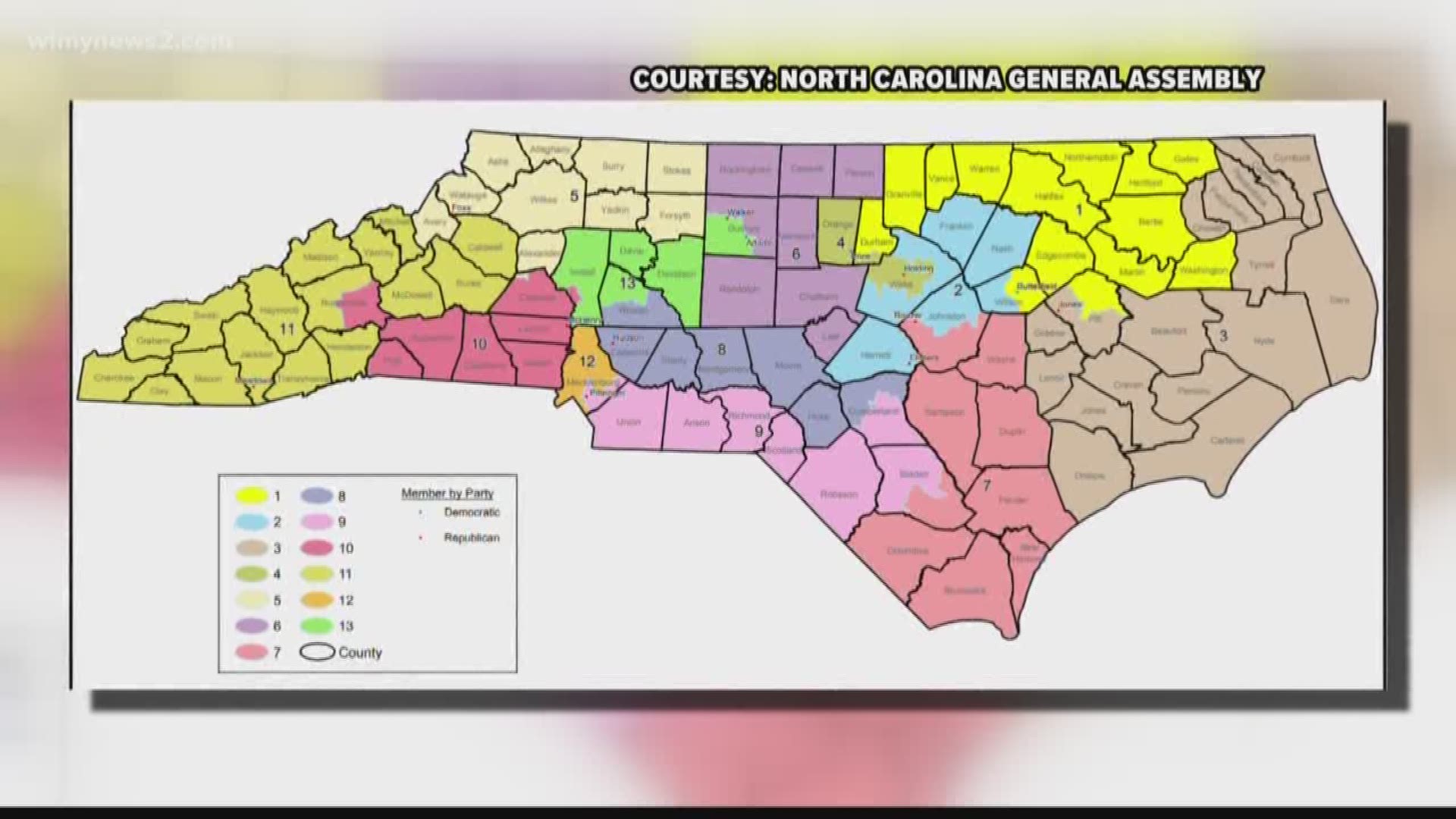 A replacement map for North Carolina’s congressional districts was finalized Friday, with its lines redrawn to address alleged extreme partisan bias and endangering reelection prospects for two Republicans next year. The GOP-controlled General Assembly enacted boundaries for 2020 elections with a party-line vote in the state Senate.

The map, which had already cleared the state House on Thursday, was reconfigured because state judges last month blocked lines drawn in 2016 from being used next year. But the voters whose legal challenge led to the new map went to court immediately to fight the remedial plan.

The judges said evidence of partisan gerrymandering — Republicans carving up districts to maximize the number of winning districts favoring their party — made it likely that the 2016 map violated the state constitution. So any remap was expected to narrow the 10-3 seat margin Republicans hold in the state’s U.S. House delegation.

Republicans offered maps that would place GOP Reps. Mark Walker of Greensboro and George Holding of Raleigh in districts that clearly favor Democratic candidates. Both of their current Republican-leaning districts — a mix of urban, suburban and rural areas — would be consolidated into more Democratic urban counties.

The prospect of two seats flipping parties next year would help national Democrats seeking to keep control of the U.S. House after the November 2020 elections. But Democrats argue an 8-5 seat split favoring Republicans isn’t enough — and that the new map will keep races uncompetitive.

“There are circumstances under which it could be fair,” Senate Minority Leader Dan Blue of Raleigh, but “you need competition in these districts.” Unlike other legislation, redistricting maps aren’t subject to Democratic Gov. Roy Cooper’s veto stamp.

The lawsuit plaintiffs filed a brief late Friday with the state judges laying out their opposition to the new map.

“The congressional map passed by Republicans in the North Carolina legislature simply replaces one partisan gerrymander with a new one,” former Attorney General Eric Holder said in a release. Holder leads the National Democratic Redistricting Committee, whose affiliate is bankrolling the lawsuit.

It’s unclear whether Holding would still run for his seat next year in the altered district. Walker — the former chairman of the Republican Study Committee — said late Friday in a release that while “there is little assurance the districts passed” will hold up in court, he suggested he could still win in the reconfigured district, as he did after the 2016 remap.

A legal challenge of the replacement map threatens to derail the state’s congressional election schedule. Candidate filing is supposed to begin Dec. 2. The judges had stopped short of ordering a new map because of the but suggested the legislature could act on its own quickly so that the planned March 3 primary could still occur.

Lawmakers agreed to redistricting criteria that were largely similar to what these same judges ordered in September, when they struck down dozens of legislative districts for extreme partisan bias. The legislators agreed to keep partisan data like voter registration and elections results and information about the racial makeup of voting blocs out of the mapmaking, which occurred in open committees streamed online.

But “I don’t think anybody can look at this map and believe that the results that we had (in 2018) will be the same results in the next election,” Senate Majority Leader Harry Brown said during debate. “And that’s just the eye test, nothing more.”

The 2016 congressional map was the subject of a federal lawsuit that went to the U.S. Supreme Court, where the majority ruled in June that federal courts should stay out of partisan gerrymandering controversies. But Chief Justice John Roberts wrote that state courts could intervene. A state lawsuit was filed shortly after state judges threw out legislative districts in early September.

North Carolina’s legislative or congressional districts have been the subject of litigation for most of this decade. Republicans took over both chambers of the General Assembly in 2010 for the first time in 140 years, allowing them to control the mapmaking and advance at will their right-leaning agenda until Democratic seat gains in 2018. Whichever parts wins the majority in the 2020 legislative elections will have the upper hand in drawing congressional and General Assembly maps based on next year’s census data.

One Republican senator unhappy with criticisms of the new U.S. House districts said Democrats had passed partisan maps for decades that were deemed to be constitutional.

The process is “set up to be partisan. Do you think we’re going to draw Democrat maps?” GOP Sen. Jerry Tillman asked on the Senate floor. “This is a partisan process, folks.” A GOP colleague later tried to distance Tillman’s comments from the new map, saying Tillman was not involved in drawing it.

“We took on Washington and Raleigh when I ran for Congress in 2014 and together we won. We did it with a new district in 2016. We will do it again in 2020. This was only possible by prioritizing people over politics – the exact opposite of what Raleigh is doing today. There is little assurance the districts passed today will hold up in court.

“Much like the abusive attempt to impeach President Trump, activist judges, career bureaucrats and politicians are locking arms to override the will of the voters. Both acts hurt North Carolinians and damage the faith we have in our elections. I will continue to serve our constituents with all of my heart and strength, wherever that path leads."