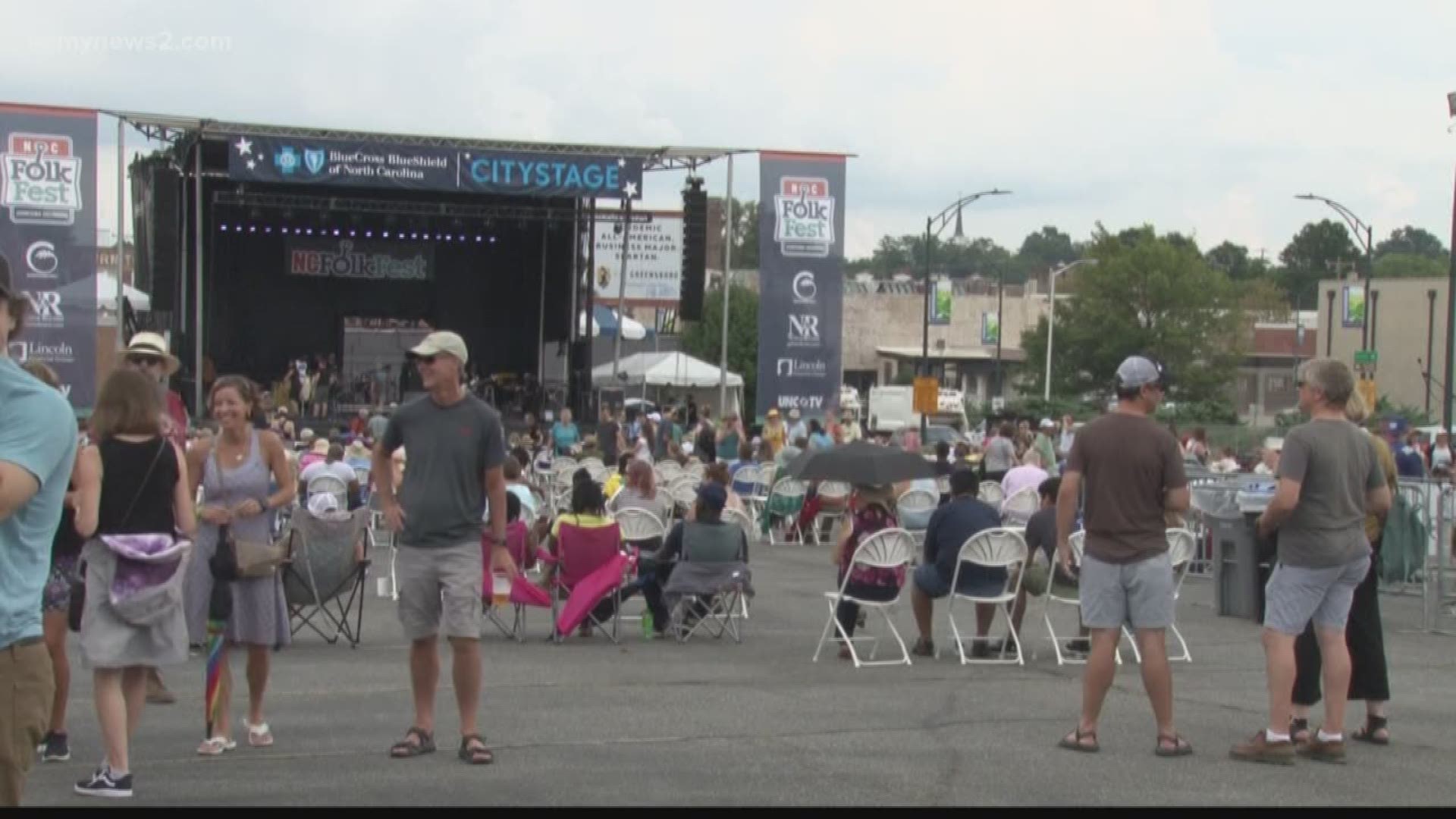 GREENSBORO, N.C. — A bi-partisan bill at the North Carolina State Legislature aims to pump money into the NC Folk Festival to help keep it in Greensboro.

"What we're trying to do is to support the festival so that it would be more successful because it brings in so much money. So many visitors come here not only from the southeast from around the world," said Hardister.

The funds will be used for marketing and operational expenses to promote the success of the Festival.

Two years ago the National Folk Festival rebranded, incorporated "North Carolina" in its name, and chose to remain the Triad. The event has brought more than 500,000 visitors since 2015.

ArtsGreensboro, the organizer of the 2018 North Carolina Folk Festival announced that more than 150,000 people are estimated to have attended the event under the new name.

The festival ran September 7 through 9 in Downtown Greensboro, bringing worldwide art and talent to our city, while showcasing local art and talent, as well.

Researchers from UNC Greensboro estimated the annual economic impact is $15 million, which is as a result of accommodations, hotels, travel, food, shopping, and related expenses.