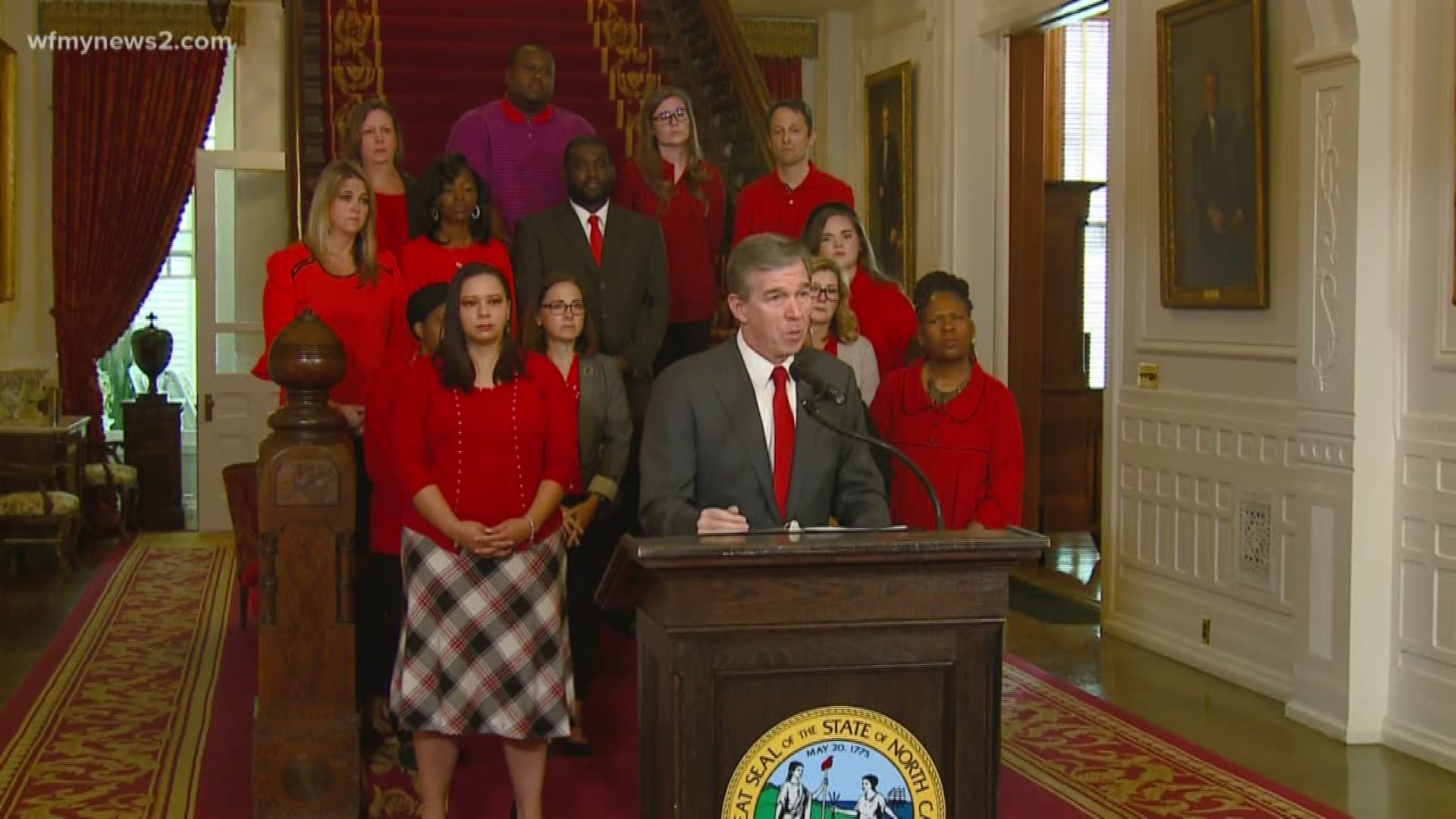 RALEIGH, N.C. — North Carolina Governor Roy Cooper says he is ready to negotiate with lawmakers on a "real pay raise" for public educators.

During a press conference on Friday, Cooper vetoed two bills regarding teacher pay, saying what's been offered so far isn't enough. He stood in front of educators dressed in red for the "Red for Ed" movement.

Republicans have proposed a 4.9% pay raise for teachers. Cooper said he thinks it should be higher, but he would be willing to negotiate with that raise as long as it isn't contingent on anything else in the state budget. Cooper's first budget proposal of 2019 asked for a 9.1% average raise for teachers. 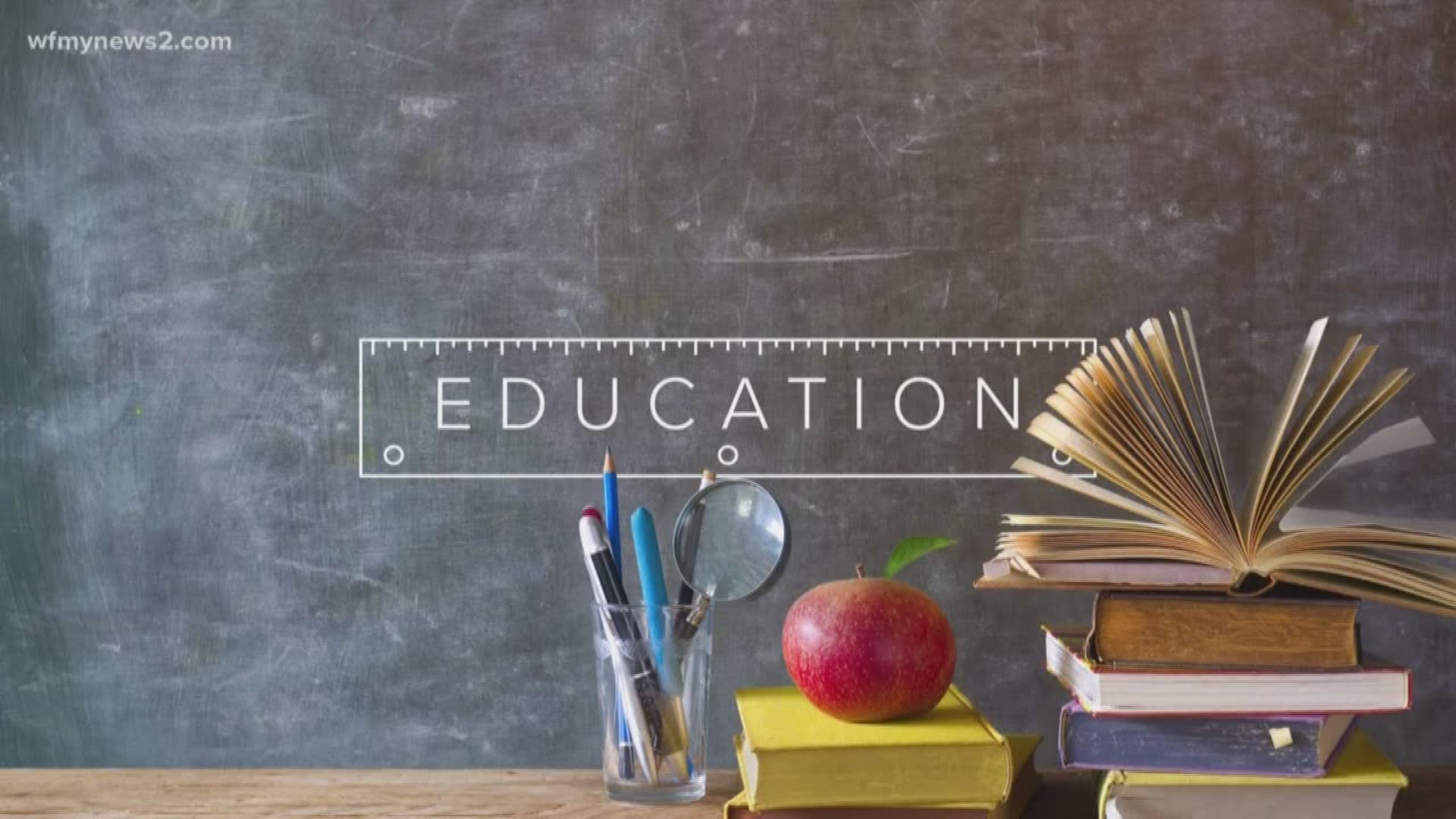 In Guilford County, many teachers who are part of the Association of Educators supported the Governor's veto, calling what Republicans proposed - a slap in the face.

"As teachers - we are taking that and saying, just as we would to one of our students, you need to take this back and work on it," said Todd Warren, president of the GCAE.

"That's why most people are leaving this profession for something that is better. They are leaving their passion to make sure that they can survive."

"Teachers are told to be good, loyal Democrats and their union and their Governor will take care of them. But they need to ask themselves: 'What has Roy Cooper ever done for me?' He’s vetoed every single teacher pay raise that's come across his desk, and he chose today to give teachers nothing for the next two years.

"Governor Cooper uses teachers as pawns, blocking their pay increases then trying to convince them it's all the Republicans' fault. At some point, they'll see his cynical ploy for what it really is."