President Trump addressed the nation on Wednesday. He said no Americans were killed in the attack. 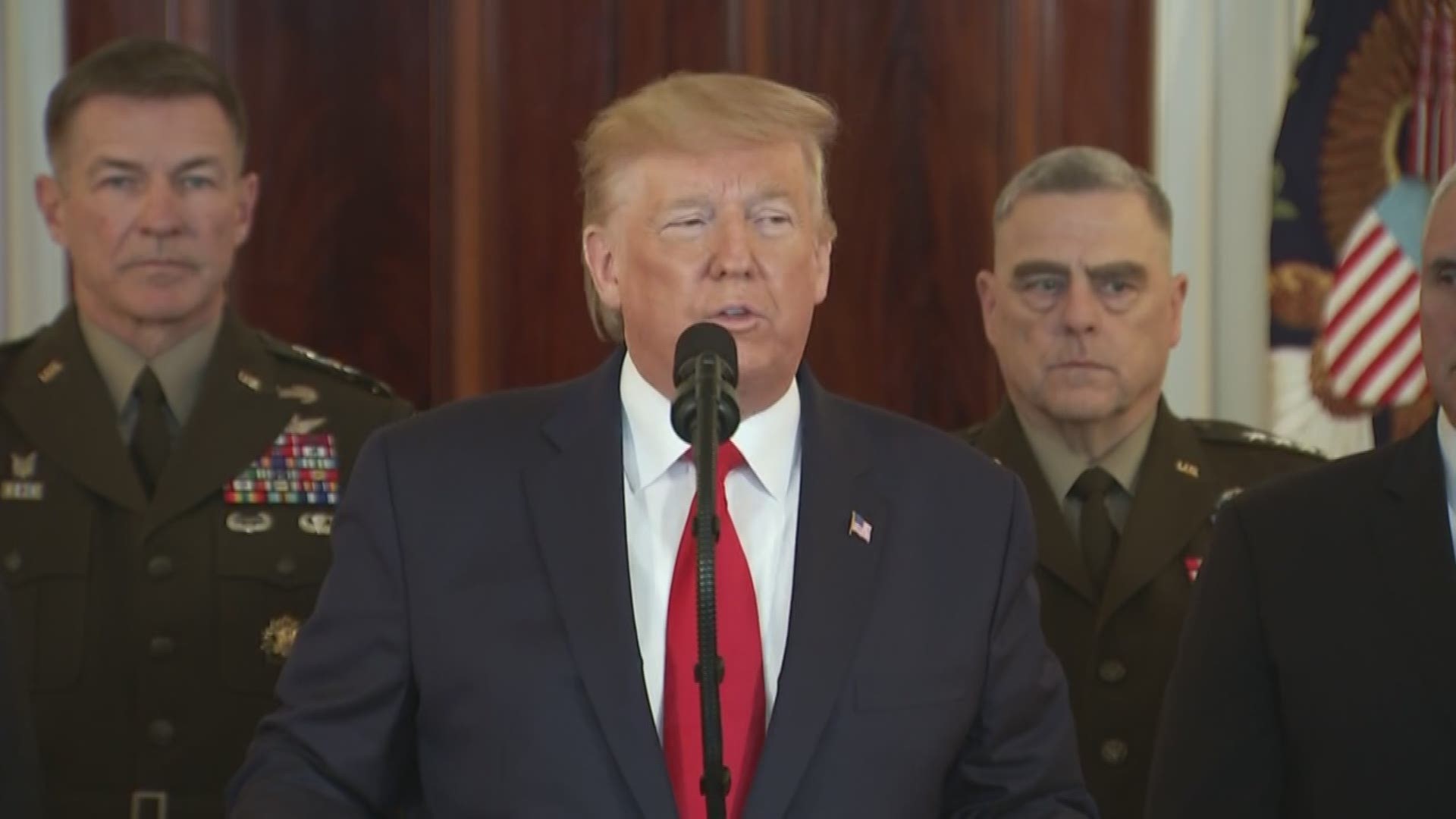 President Trump addressed the nation on Wednesday following the Iranian attack on two airbases that house U.S. troops. No Americans or Iraqis were killed in the attack.

RELATED: Iran fires back at US with missile attack at bases in Iraq

“President Trump made the right decision to order the drone strike eliminating Qasem Soleimani, ridding the world of a murderous terrorist leader and resulting in a strategic American victory. The President’s bold decision and strong leadership sent a clear message to Iranian leaders that their continued aggression against American servicemembers and civilians will result in real consequences. The strike on Soleimani acted as a deterrent to de-escalated the situation, an outcome all Americans should embrace.”

RELATED: Trump tweets 'all is well' after Iran missile attack on bases in Iraq

“Iran is already directly responsible for the death of more than 600 men and women of the United States military. I am grateful that number didn't increase tonight. Terrorism supporters Khamenei and Rouhani should be thankful as well. The best way America responds to terrorism is not with war, but strength founded in national unity. For those who have spent the last three years screaming 'country over party,' it's time to put your country over Iran."

RELATED: 'Our last words together were we love each other' father of deployed Fort Bragg soldier says he's proud

RELATED: 'He said 'I’m proud of you and you’re the best wife I could ask for and I'll see you soon'' | HPU graduates marry, husband deploys to Middle East

RELATED: US Army says fake text messages about a military draft are being sent around

RELATED: VERIFY: How the draft actually works and why people keep bringing up FAFSA

RELATED: US Defense Secretary: There's been no decision to leave Iraq