Lawyers for the group demanded hair salons be allowed to open by Monday at noon. Salons remain closed and now the group says it's suing the governor. 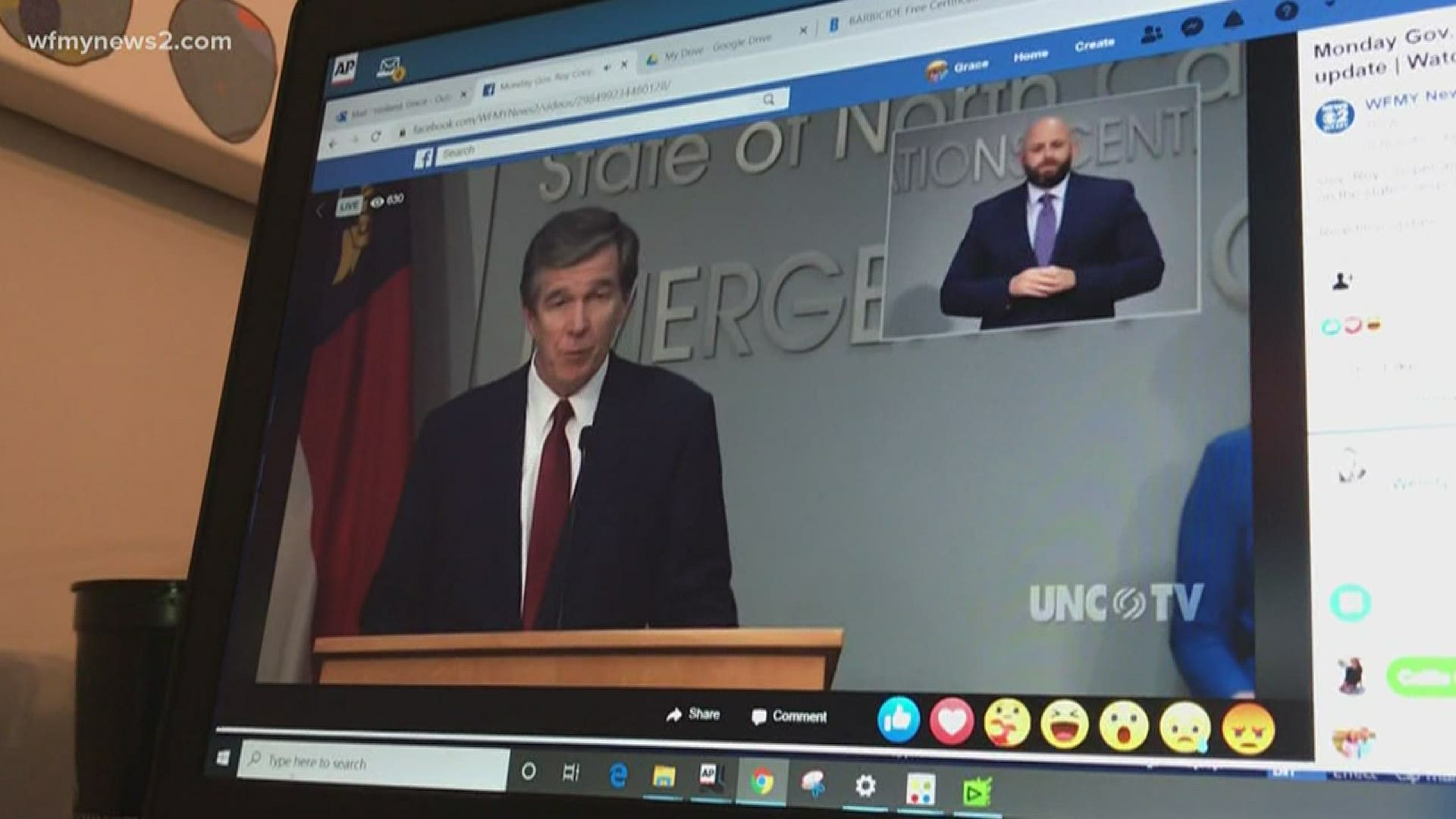 Kitchen and Turrentine PLLC out of Raleigh represent the Hair is Essential Association in the suit. The firm sent a letter to Cooper's office last week demanding that the state allow salons to open by noon Monday or face legal action.

Hair salons remain closed across the state but are part of phase 2 in the state's reopening plan. Phase 2 could begin as early as Friday depending on Cooper's decision.

"I just watched Gov. Cooper's announcement at 2 o'clock today and there was a lot of hesitation in his voice," said Angel Putnam who owns Pigtails and Crewcuts children's salon.

She worries it could be weeks until salons like hers are allowed to open.

"I think it will happen [Friday] and that's only a few days from now so it's just a wait and see game," said Kim Combs who owns Split Ends Hair Studio in Winston-Salem.

Hair is Essential Association spokesperson Adele Ange said the group believes it is unconstitutional for North Carolina to have closed salons in the first place.

Attorneys argue the governor's executive orders violate the "Fruits of their labor clause" in the state constitution.

"We just want Gov. Cooper to know that we are the working class," Ange said. "We are self-employed small businesses but we make a large impact and we need to get back to work. It's just time to go back."

Putnam hopes the lawsuit gets the governor's attention.

"It is a push in a direction to understand that our industry can't continue to be left in the dark," Putnam said. "I feel like we shouldn't be the last ones to open back up. I know my salons are cleaner than some businesses that are operating now."

Combs said even though it's been difficult to go without income since salons closed March 23, she believes it's best to wait to reopen until state officials are comfortable.

"I don't think we should reopen until it's safe. I think safety is the number one thing," Combs said. "I'm not jumping on that bandwagon to reopen early because I don't want my family or myself or any of my clients to be infected with COVID."

Requests from WFMY News 2 to Cooper's office for a statement on the lawsuit went unanswered as of Monday evening.