Once completed, the features will include 217 multi-family historic apartments, shopping as well as self-storage spaces as well as an array of indoor and outdoor community spaces and recreational amenities. 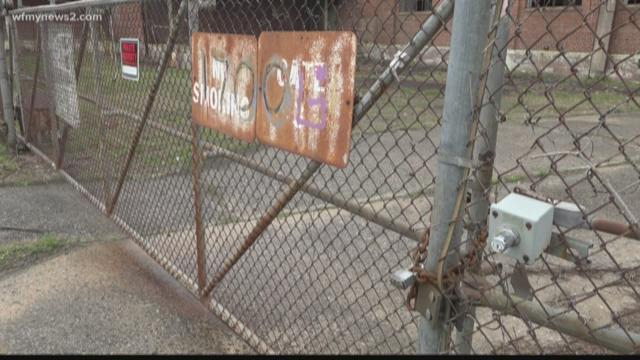 An ambitious facelift is planned for an old and derelict piece of property on the north side of the City of Greensboro. The fenced off Printworks Mill at the corner of Fairview St. and 9th St. has turned into an eyesore since it closed in 1977. But in June, the vision of its new possibility will be implemented and the building will come alive with construction activity.

The Madison, Wisconsin-based Alexander Company has big plans for the roughly 470,000 square-foot building. It is rehabilitating the Historic Printworks Mill in what it called 'an adaptive reuse project.'

They plan to mimic the successful revitalization of nearby Revolution Mill by converting it into mixed-income residential apartments, interior parking, retail space, and climate-controlled self-storage facilities.

1 / 13
A company has big plans for the former Printworks mill site in Greensboro. WFMY News 2 photo.

"There's a lot of masonry work, a lot of structural repair work that needs to happen within the buildings to rebuild some of the floors that have collapsed," said David Vos, the project manager for Alexander Company.

Vos said that in their redesigning, they plan to preserve as much still solid features in the interior and exterior of the historic structure in line with its recent status as a Guilford County Landmark. Two weeks ago, the Greensboro's city council gave Printworks Mill that designation on the recommendation of the Greensboro Historic Preservation Commission.

Once completed, the features will include 217 multi-family historic apartments and indoor and outdoor community spaces. 9,000 square feet has been designated as retail space that can also be used as a restaurant or bar. There will be 80,000 square feet f of self-storage which may transition to 80 additional apartment units if that initial plan is not sustainable.

"Part of those units will be affordable units, so to some degree this is also going to be workforce housing that will allow folks who do so much work for the city to have a place they can afford to live and still be within close proximity to a lot of things," said Mike Kirkman, the zoning administrator for the City of Greensboro. Kirkman also added that different phases of the project would bring a number of temporary and permanent jobs to the area.

Michael Faison, auto-mechanic who has lived in the area for five years is looking forward to welcoming his new neighbors.

"The shopping will make it convenient for this neighborhood because they would not have to go too far," said Faison.

Another feature of this project is a 2 mile Greenway that would link it to the Revolution Mill community.

The Greenway will allow for walking, biking or running along Buffalo Creek. The project is estimated to cost $54 Million and the funding for it include Low Income Housing Tax Credits, Federal and State Historic Tax Credits, tax-exempt loan and developer equity.

The Historic Printworks Mill is a collection of industrial buildings constructed in multiple stages beginning in 1913. Printworks stands between two other industrial complexes – Revolution Cotton Mill and White Oak Mill, all originally part of the Cone family textile mill empire. This is the developer's first project in Greensboro but they've restored many historic sites across the country.