The report recommends University Police train with other departments like Charlotte-Mecklenburg Police and Greensboro Police to better prepare for crowd situations. 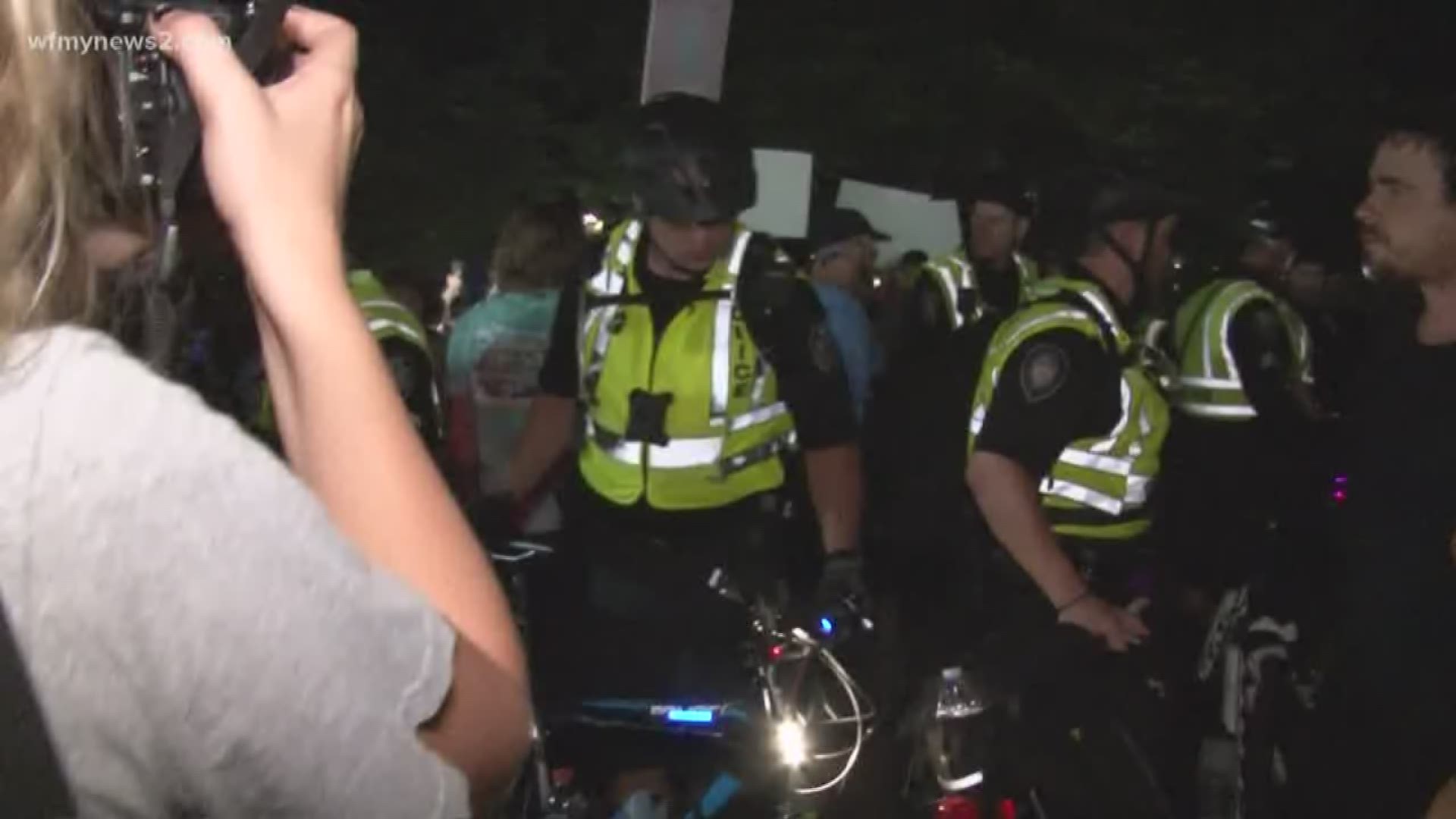 Silent Sam, the Confederate Monument at McCorkle Place on campus, was torn down by protesters in August.  The incident led to questions about police involvement during the rally and if enough was done by law enforcement.

The report, which was ordered by the UNC System and conducted by Parker Poe, finds that officers were "insufficiently trained" in crowd control techniques in light of the challenges the University was facing.  It details many university officers couldn't remember the last time they took a course in crowd control tactics and that it wasn't something mandated by the department for a number of years.

The report goes on to say that the lack of crowd control training meant officers were "ill-prepared" to handle the hundreds of demonstrators the night Silent Sam came down.  Evidence in the report shows the statue tear down was something university police and leaders feared for at least a year ahead of when it actually happened.

In an August 2017 letter from University Police Chief Jeff McCracken to then Chancellor Carol Folt, he says it's only a matter of time before an attempt is made to topple Silent Sam, calling the controversy around the statue an "impending threat."

He called the deadly riot in Charlottesville, Virginia and the tear down of a confederate statue in Durham examples of what could happen in Chapel Hill.

Chancellor Folt and President Margaret Spellings, then wrote Governor Roy Cooper citing their concerns and telling him they'd likely need additional resources and law enforcement if an event like this were to unfold.  It's not clear what the Governor might have done after that letter.

With the report comes recommendations for how to better prepare in the future.  The report suggests University Police train with Greensboro Police in the "appropriate handling of bicycles as moveable barricades" and also Charlotte-Mecklenburg Police regarding the handling of crowds as they prepare for the Republican National Convention in 2020.  It also says the University Police should institute ongoing department-wide training that includes crowd control tactics; crowd control formations; arrest and extraction techniques; using smoke/tear gas devices; and implemented de-escalation techniques when interacting with protesters.

Greensboro Police officers were in Chapel Hill for a different rally after Silent Sam was toppled as part of a mutual aid agreement with UNC Chapel Hill Police.  The Department says this is normal for big events for crowd and traffic.  In this case, the report indicates Greensboro Police used several "effective" tactics, including using bikes as wedges to separate groups and using a single deployment pepper fogger.

Greensboro Police says they do train regularly for crowd control and there is opportunities to offer that training to other departments.  They currently do not have any training in place with UNC Chapel Hill University Police.

The report concludes by saying there was "no evidence of conspiracy among or between police, administrators and demonstrators to topple the statute," but says that "miscommunication between University Police and UNC-CH senior leadership combined with inefficient and inadequate information-gathering, insufficient staffing, and outdated crowd control training made preventing what happened on August 20 difficult if not impossible to achieve."  It explains that University Police have a responsibility to protect both lives and property but need help from administrators and funding to make sure they're prepared.

UNC-Chapel Hill leaders say they will adopt all recommendations detailed in the report.