Brown also was shot in the right arm and suffered lacerations, according to the report. 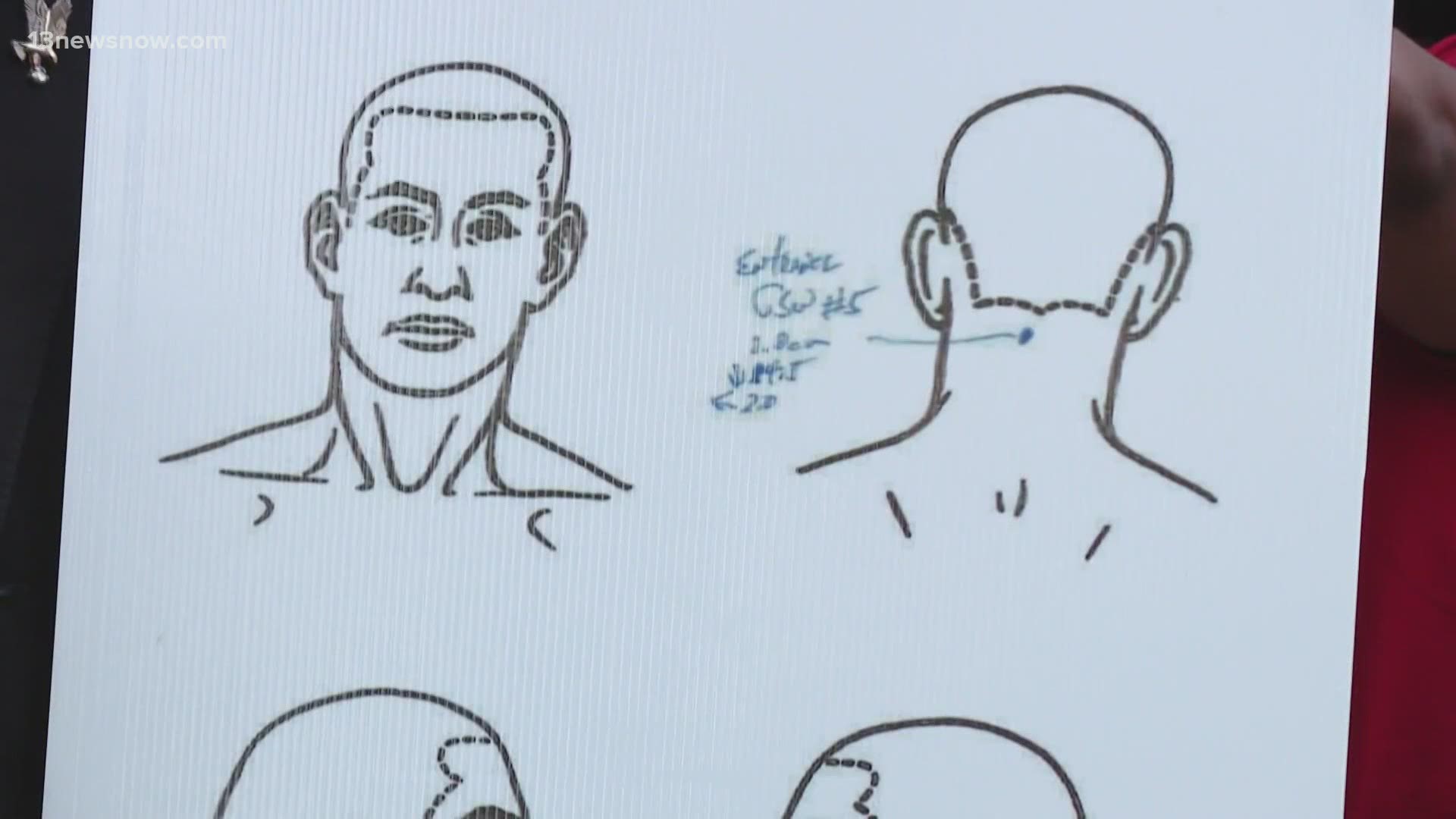 ELIZABETH CITY, N.C. — The North Carolina Chief Medical Examiner's office confirms Andrew Brown Jr. died from a gunshot to the back of the head.

The autopsy report said Brown, 42, died from a “penetrating gunshot wound of the head." He was also shot in the right arm and suffered wounds to his right thigh, right arm, and upper back.

An attorney for Brown’s family said the report affirms what they’ve believed all along.

“It’s affirmed what we have said all along that it is an unjustified killing, a public execution of a man who was in fear of his life and publicly executed in his own yard," said attorney Chance D. Lynch.

The shooting happened while authorities attempted to serve drug-related arrest and search warrants at Brown's residence in Elizabeth City.

“While tragic, the shooting of Mr. Brown was justified due to his actions," Womble said during a press conference on May 18, in which he also shared findings of the state investigation. He went on to say that Brown’s actions “caused three deputies to reasonably believe it was necessary to use deadly force to protect themselves and others.”

In an email Friday, Womble said the autopsy report is "not new evidence and does not change my analysis."

He referred to his statements on May 18,  where he cited preliminary results by the state medical examiner’s office.

"I clearly stated that Dr. Karen Kelly , forensic pathologist with the NC Medical Examiner’s Office, 'determined Brown suffered two gunshot wounds; one to his right shoulder/upper arm that was non-lethal and a second wound to the back of the head at the base of the skull near the hairline,'" wrote Womble.

An independent autopsy by Brown’s family shortly after the shooting also showed he was shot in the back of the head.

“How in the world can the elected District Attorney determine it is a justified killing that he can be shot from back to front when he is not posing any threat or harm to any officer?" asked Lynch. "I don’t understand that.”

Womble referenced a 2014 federal court ruling, Plumoff v. Rickard. The decision states: "if police officers are justified in firing at a suspect in order to end a severe threat to public safety, the officers need not stop shooting until the threat has ended."

“You can expect to see a federal lawsuit so that we can uncover the injustices that this District Attorney’s office has done, and hold these officers and the Sheriff’s office responsible for what they’ve done,” said Lynch.

A federal probe into the shooting is ongoing.

The autopsy also shows Brown had a low level of methamphetamine in his system, but the report says it likely did not play a role in his death.

Two of the Pasquotank County deputies who fired their guns returned to work last week. The third handed in his resignation.

Residents continue to march in protest of Brown’s death, including a rally scheduled for Saturday.