Officials at the aquarium said the 189-pound turtle is receiving fluids and is currently resting. 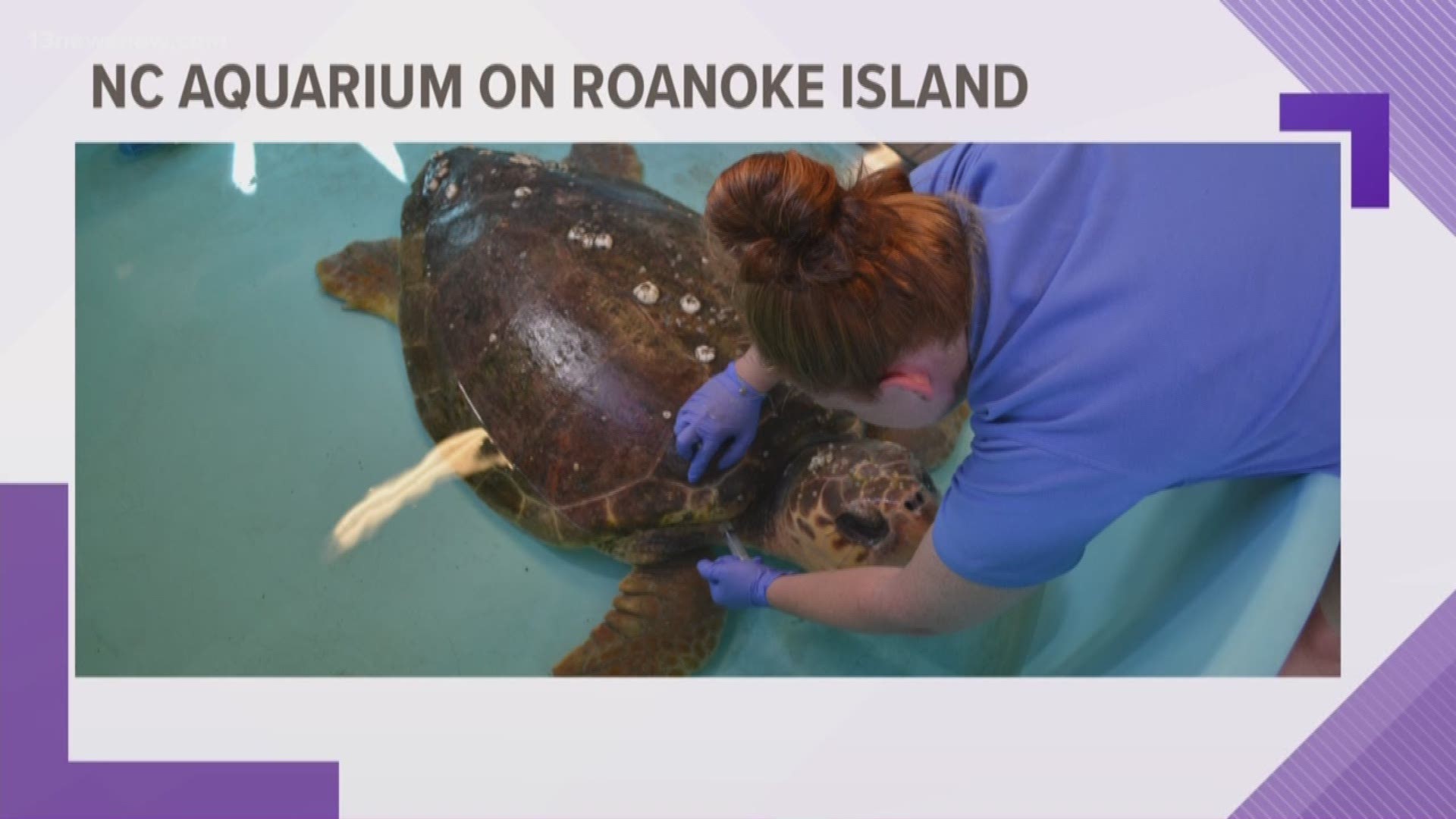 The North Carolina Aquarium on Roanoke Island said the 189-pound turtle arrived at the aquarium’s Sea Turtle Assistance and Rehabilitation (STAR) Center after being spotted drifting near shore.

A Wildlife Law Enforcement Officer and volunteer from the Network for Endangered Sea Turtles (N.E.S.T.) responded and rescued the loggerhead, then took it to the STAR Center.

Officials at the aquarium said the turtle is receiving fluids and is currently resting in shallow water until it shows that it has enough energy to swim. It has also received antibiotics to address any potential respiratory issues.

The STAR Center currently has five sea turtles in its care, and the center has released 33 sea turtles so far in 2019.