Police are looking for surveillance video footage from Thursday December 19 through December 21st at midnight. 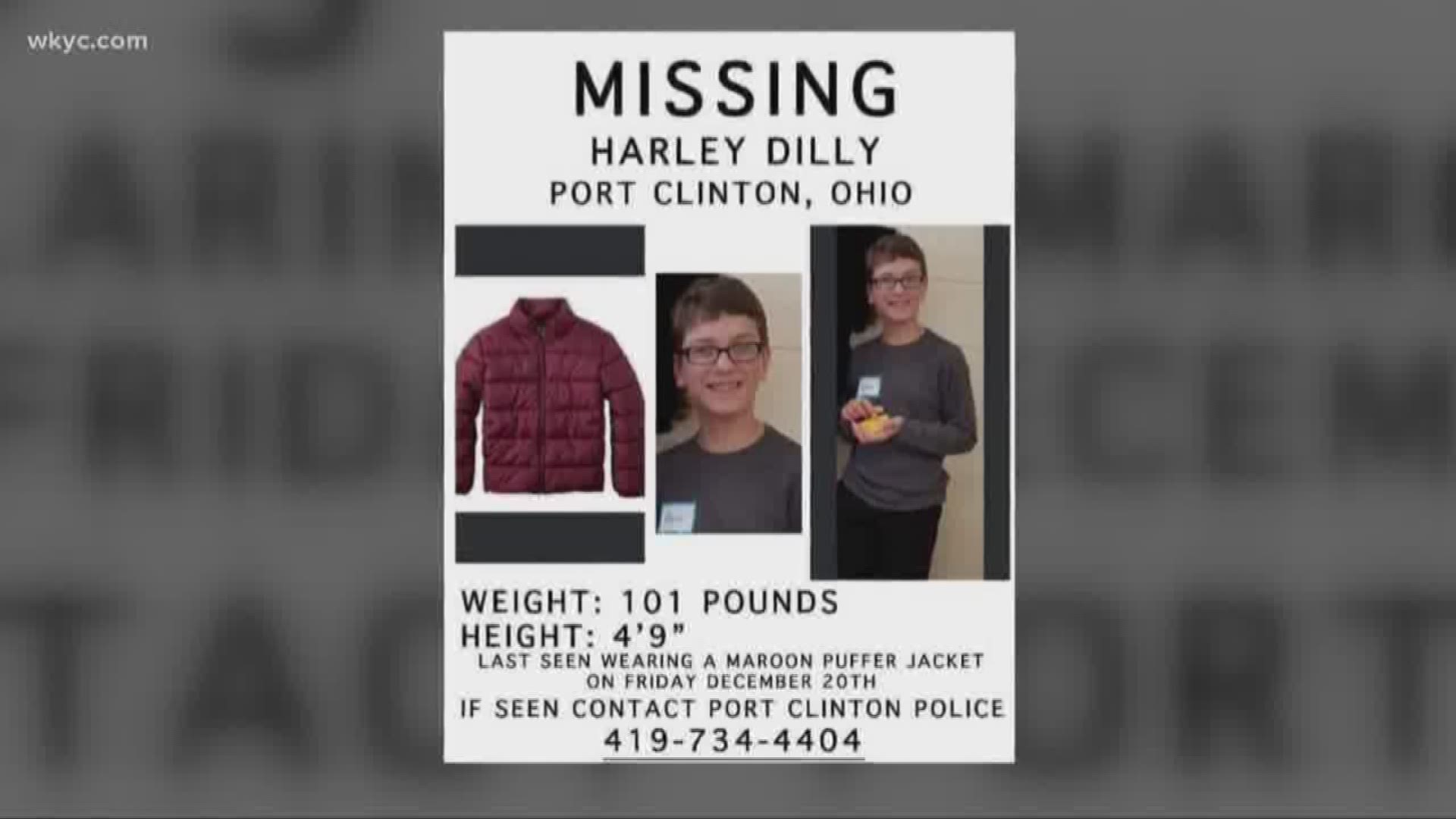 PORT CLINTON, Ohio — As the search for a 14-year-old Port Clinton boy who has been missing since December 20 continues, investigators are asking for assistance from those who live or have businesses within the city limits.

In a Facebook post sent out on Thursday evening, Port Clinton Police are requesting that anyone who has security video footage from either their homes or businesses from the following days and times to send it to investigators:

You can forward the footage via email to: HarleyDillySurveillanceVideo@gmail.com or contact Port Clinton Police by phone at (419)-734-3121.

According to Port Clinton police, Harley Dilly was last seen by his mother the morning of Friday, Dec. 20 just before 7 a.m. as he left for school.

A reward of $9,325 is being offered for anyone who has information regarding the whereabouts of Harley. The reward money comes from a variety of Port Clinton residents, businesses and groups:

RELATED: Here's how you can help in the search for missing Port Clinton teen Harley Dilly