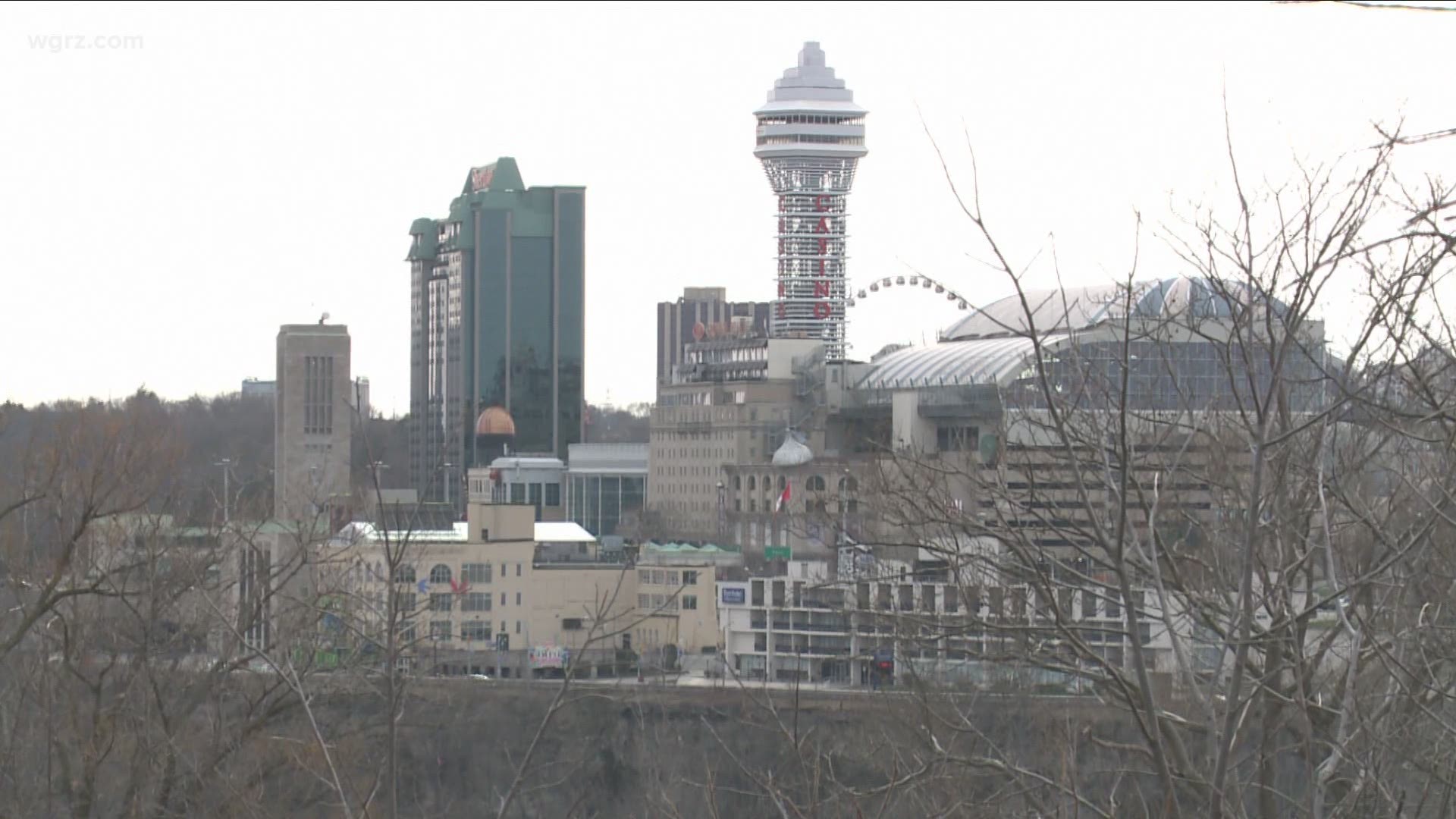 NIAGARA FALLS, N.Y. — Ontario, Canada implemented a provincewide emergency break on April 3 as a result of a surge in case numbers and COVID-19 hospitalizations across the province.

According to a press release issued by Premier Doug Ford, the shutdown will be in place for at least four weeks.

"We are facing a serious situation and drastic measures are required to contain the rapid spread of the virus, especially the new variants of concern," said Premier Ford. "I know pulling the emergency brake will be difficult on many people across the province, but we must try and prevent more people from getting infected and overwhelming our hospitals. Our vaccine rollout is steadily increasing, and I encourage everyone who is eligible to get vaccinated. That is our best protection against this deadly virus."

Niagara Falls, Ontario Mayor Jim Diodati said the province is in the middle of its third wave of the COVID-19 pandemic. He said new contagious variants and a slow vaccine rollout have put them on lockdown again.

"This is our third wave for sure and it's the variant, it spreads a lot faster and that's the big concern," Diodati said. "The good news is we've already vaccinated all the high-risk people in nursing homes and retirement homes, everybody over 80, now we are at everybody over the age of 55 getting their first shot."

According to Canada's COVID-19 tracker, more than 6.7 million doses have been administered and 15 percent of the Canadian population has received at least one dose.

The Centers for Disease Control and Prevention report the U.S. has administered 169 million doses and 32 percent of the American population has at least one dose.

"It is always disheartening to know they are struggling in that way because it does have an impact on how quickly we can expect the border to open," said City of Niagara Falls, NY Mayor Robert Restaino.

On March 18, the Department of Homeland Security announced the border would continue to be closed to non-essential travel through April 21.

Earlier this year, Congressman Brian Higgins sent a letter to President Joe Biden challenging him to partially reopen the border by Memorial Day, followed by a full reopening in July.

In a statement from March 21, Higgins, who serves as co-chair of the Northern Border Caucus, said, “A great deal of positive developments have occurred over the last several months. The U.S. and Canada are collaborating in a meaningful way again. Vaccine manufacturing and distribution in the US is way ahead of schedule making it possible to help Canada without compromising distribution in the US. Now is the time to move aggressively in a bilateral way on a plan to reopen the border. It can be done with appropriate safety measures. Let’s get the border open.”

Mayor Diodati told 2 On Your Side he would like to see a full reopening in July, especially for those who are fully vaccinated.

"I can tell you we are very supportive, most of us are very supportive of your Congress leader Higgins suggesting that the border should open for the July 1st, [July] 4th weekend," he said. "I know there is discussions about that right now around what that will take and if people can prove they've been vaccinated, why wouldn't they be allowed to cross the border?"

2 On Your Side asked Mayor Restaino if he supports a July reopening date, given Canada's current circumstances.

"Yea, I support that, I mean I think it's aggressive because of where they are at right now but it's doable," he said.

If you are ELIGIBLE, please get your VACCINE!

Ontario is moving into Phase 2 of its #COVID19 vaccine distribution plan. We expect to vaccinate over 9 million Ontarians between April and the end of June.
Vaccines remain our best defense against COVID-19.https://t.co/FgBhBIQUzj pic.twitter.com/SZytFY0wHy