The latest victims of the opioid crisis are recycling workers across the Triad. 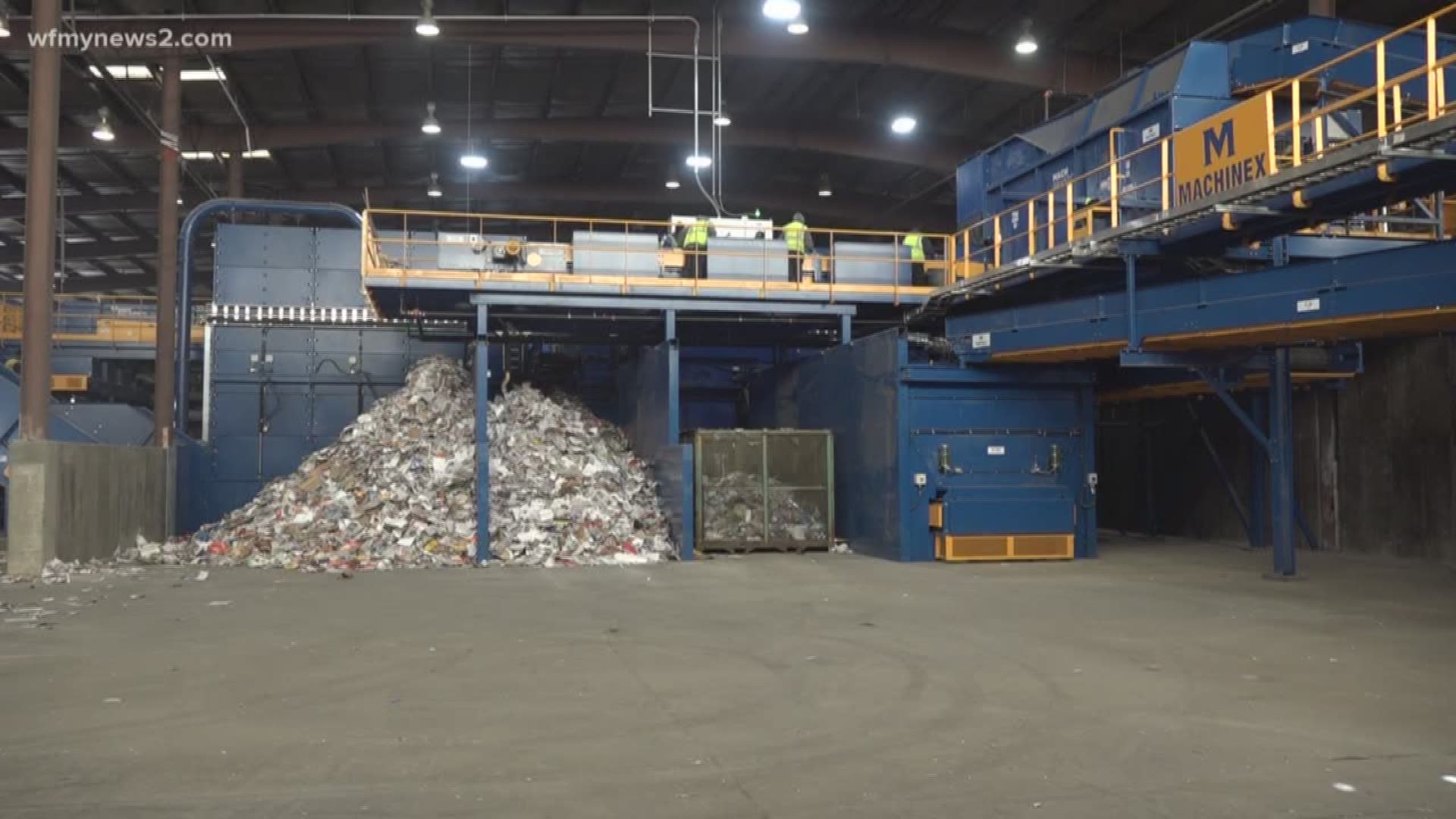 HIGH POINT, N.C. -- Our nation's opioid epidemic does not discriminate. It even impacts people who aren't using the drugs.

The latest victims are recycling workers across the Triad.

These men and women are just trying to do their jobs but they are put at risk by needles thrown out the wrong way.

The City of High Point has workers who sort all the recyclables collected by hand.

Workers come across needles roughly three times a day, according to the facility's Superintendent, Melanie Bruton, who often works on the assembly line sorting.

"All of our workers wear gloves but it can puncture," Bruton explained. "It's very scary."

Contact with a needle puts workers at risk for a number of diseases.

All needles must be put in a puncture-proof container like a detergent bottle. The pointed end should be facing down. Containers more than half-fill should be thrown out in a trash can.

Needles can be brought to a local needle exchange like the Urban Survivor''s Union in Greensboro.

"We issue cards and these cards grant you immunity from prosecution," said Louise Vincent, Executive Director of the local Urban Survivor's Union. "So you won't get arrested for having the syringes. So there's no need to fear bringing them back to us."

They'll also collect needles from people who use them for medical reasons and will give them free syringes in return.

The City of High Point will also come pick up needles that are in a puncture-proof container. Call 336-883-3111 for more information.