Noah Chambers is Saving Up to Seven Lives After His Death, Family Says

The family of an 11-year-old who died over the weekend is giving others the gift of life. Noah Chambers' family said they plan to donate his organs. 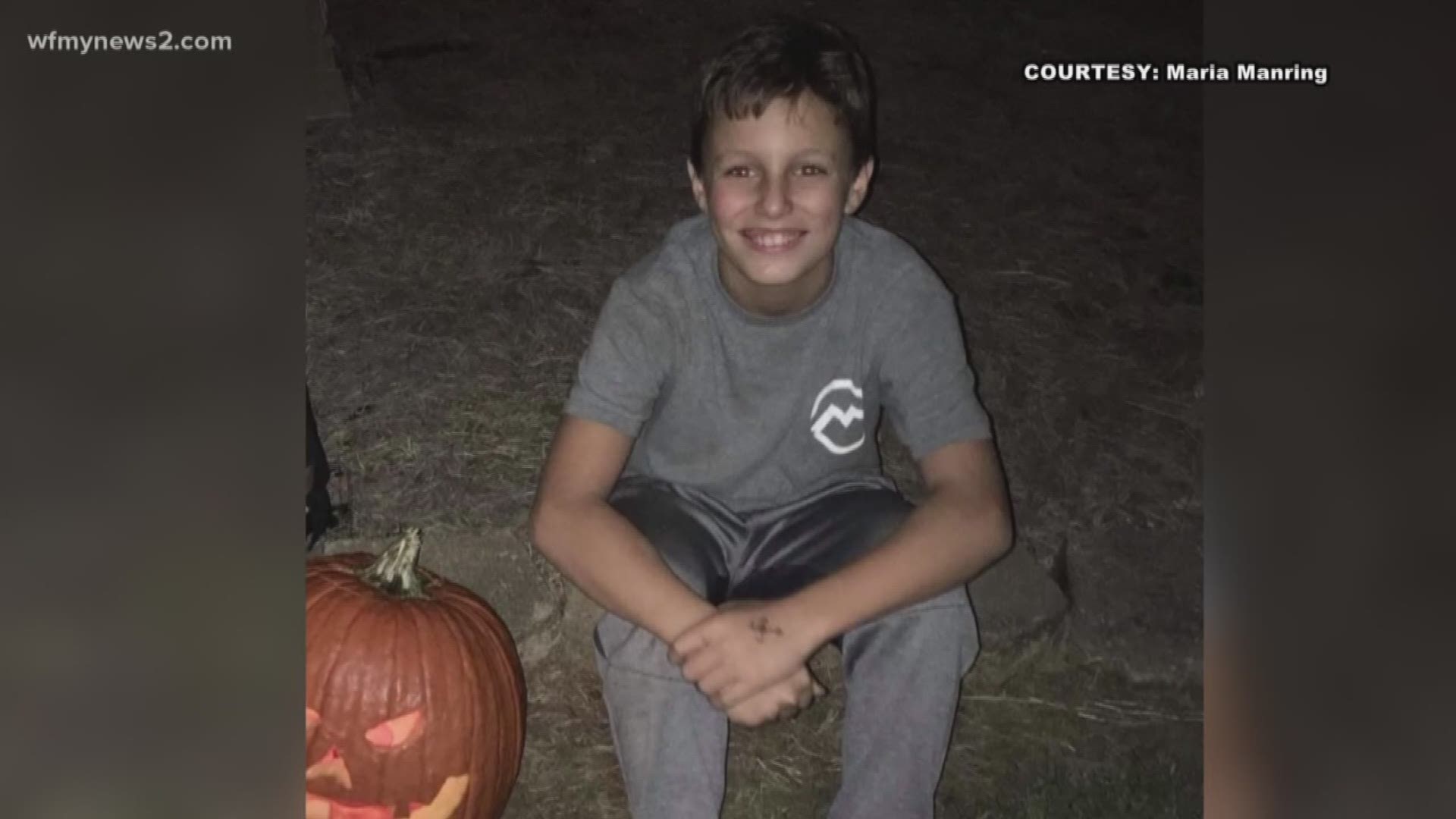 OAK RIDGE, N.C. — A family and a community are mourning 11-year-old Noah Chambers.

Noah died after a driver hit him as he was crossing the street at a trunk or treat event at Bethel United Methodist Church in Oak Ridge. According to law enforcement, the driver was not impaired and will not face charges.

It's a tragic story but there's some hope coming from Noah's death, his father tells WFMY News 2. Noah's organs will be donated and that will help at least seven people, Robert Chambers says.

"He is in a better place. His spirit, his attitude, his joy, his laughter. He is up there looking over everybody," Chambers said.

And now we know Noah will also live on by giving the gift of life to others.

RELATED: 'He is in a Better Place': Father of Noah Chambers Says 11-Year-Old Has Died After Car Hit Him While Trick-or-Treating

The need for organ donations is huge. According to the U.S. Department of Health And Human Services, more than 113,000 people are on waiting lists for organs. North Carolina has 3,298 people on those lists as well.

The greatest need in North Carolina is for people between the ages of 50-64. But kids need donations as well. As of November 3, 265 people under the age of 18 all need different kinds of organ donations.

This year, there's been 402 donations between deceased and living donors in our state. But you can do even more to save lives.

According to Carolina Donor services, the next time you go to get your license renewed you can request that a heart be placed on your driver's license. This means that you're giving legal authorization to donate your organs, eyes, and tissues after you die.

This is crucial because one organ donor can save the lives of up to 8 people and one tissue donor can enhance the lives of 75 people. If you're interested in joining the donor registry click here for more information.

1 / 10
Brooke Ashley Dupree
Photos of Noah Chambers with his mom.

RELATED: Where you die can affect your chance of being an organ donor

Three Wendy's locations in the Triad will be helping raise money for the family of Noah Chambers on Thursday, November 7 from 5:00 p.m. - 8:00 p.m.

Wendy's will donate 10% of all sales during the vent to the family.

The three locations include:

There will also be an event on Saturday, November 9th starting at 4:00 p.m. at the Refuge in Mayodan.

"Avengers Assemble" will be a fundraising event benefiting Chambers' family. There will be food, music, face-painting, and guest-star superheroes.

There will also be a benefit ride in memory of Noah on November 16.

Registration starts at Crossroads at 10 a.m., Kickstands up at 12, from there stops will be at Lucky's, Over Yonder Tavern, and The Old Ski Lodge.

Its $15 for a single rider and $20 for double. There will be an auction following the ride.