The focus will now be on safely bringing down two unstable cranes attached to the building before they fall on their own. 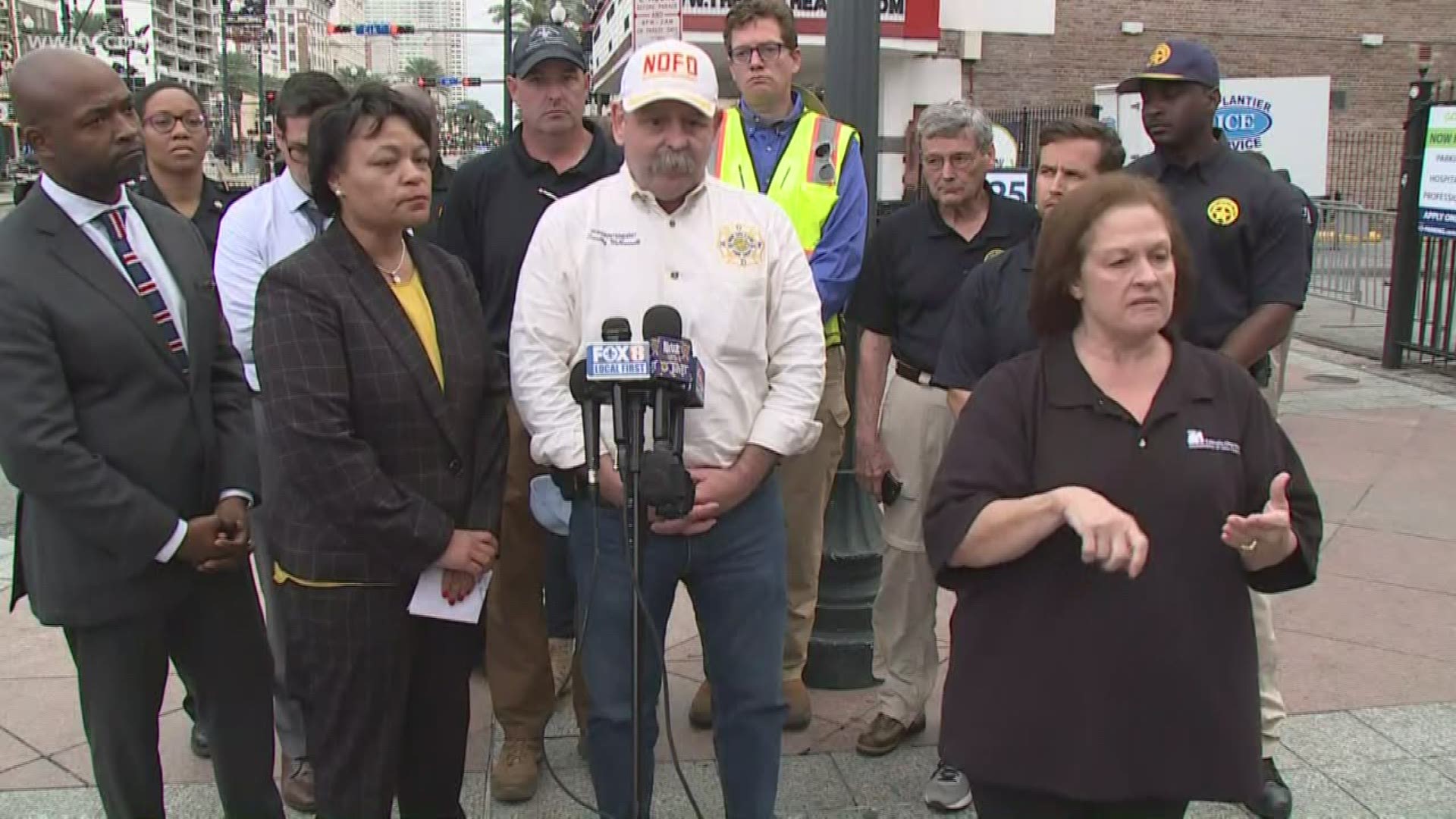 NEW ORLEANS — Rescue operations have ended at the site of the Hard Rock hotel construction collapse, and the focus has shifted to gaining control of the unstable structure.

One worker was previously confirmed dead inside the rubble, but crews have not been able to recover the body. Another worker is still missing, although New Orleans Fire Department Superintendent Tim McConnell said the chances of his survival will be considered nearly "zero" is no sign of him turned up by Wednesday night.

The focus will now be on safely bringing down two unstable cranes attached to the building before they fall on their own. Debris removal has begun around the building, allowing engineers to get a closer look at the structure and figure out how best to bring it down. The shift comes ahead of a possible tropical system in the Gulf of Mexico that could bring more rain and winds to the city by Saturday. 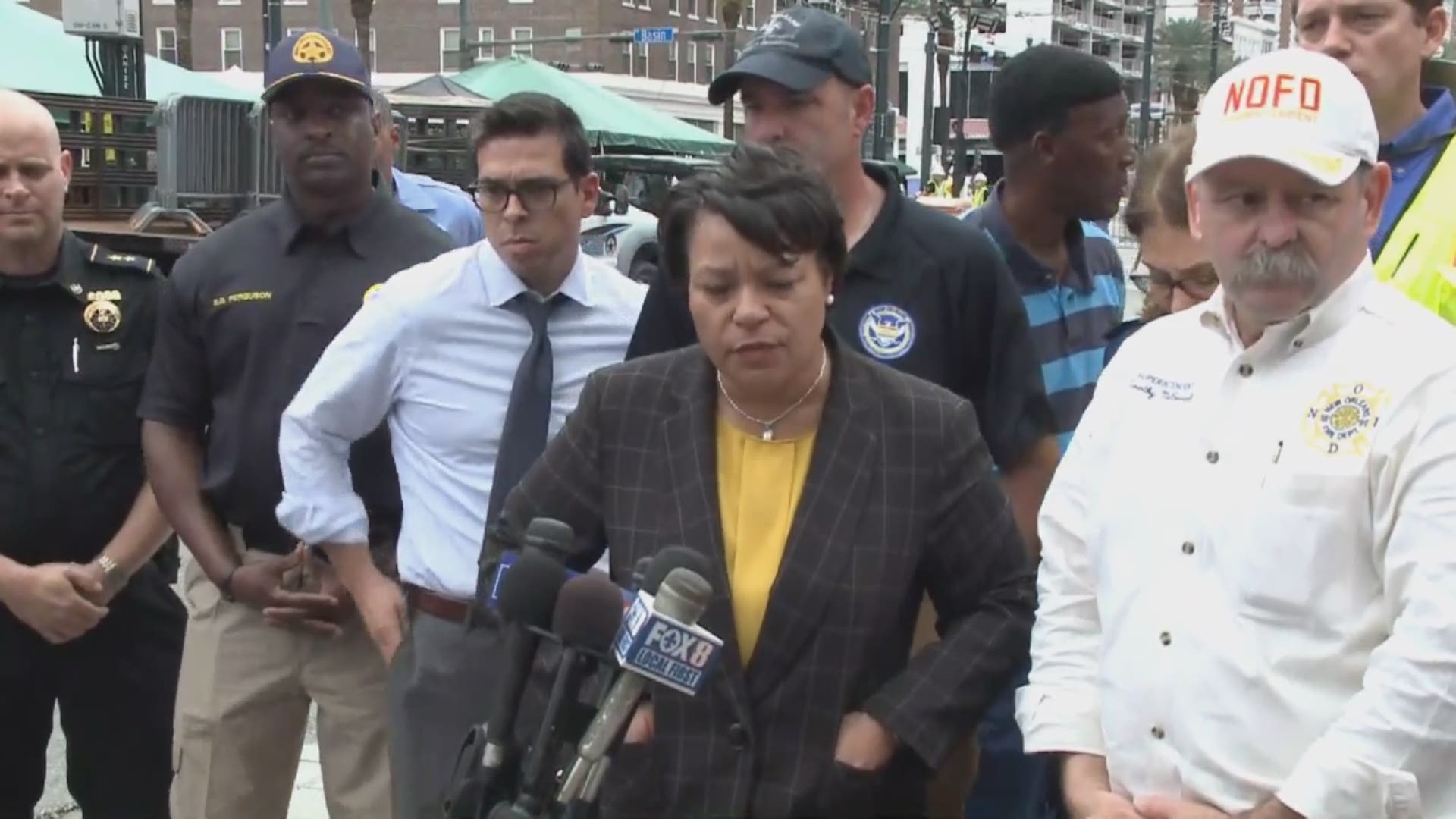 “We are absolutely working on a tight timeline,” McConnell said. “I cannot express how urgent it is. The last thing you want is for (the cranes) to decide where they’re going to fall as opposed to us dictating that.”

The men still in the building, which was under construction, have been identified as Quinnyon Wimberly, 36, and Jose Ponce Arreola, 63. The workers' families have been notified.

"Our hearts go out to the families," McConnell said.

The bodies of two deceased workers inside the collapse site are being kept in mind as engineers determine how to bring the cranes down. Mayor LaToya Cantrell said realizing the need to move to recovery did not come easy to the city. "They matter to us ... and we are going to do everything we can to retrieve (them) with dignity and respect," she said.

RELATED: There's never been a rescue operation like the Hard Rock Hotel collapse

Cantrell said that taking care of the families affected by this tragedy is at the center of everything they do.

Officials have not said who is the missing worker or who is the deceased, though they have a good idea of where in the building the deceased man is located. McConnell has repeatedly said that sophisticated listening and infrared equipment — as well as search dogs — have not detected any signs of life in the rubble, with search efforts now focusing on top floors that pancaked during the collapse.

The body of worker Anthony Magrette, 49, of Gretna, was recovered Sunday from the ruins.

RELATED: The victims of the Hard Rock hotel collapse

A large section of the 18-story Hard Rock Hotel collapsed Saturday. Officials said the possibility of further collapse remains a concern. A 50% chance of a tropical system at least passing near the region could complicate efforts to stabilize the ruins as well as two gigantic, badly damaged cranes.

Officials said they are still considering several options for how to safely secure the cranes, including possibly using explosives and demolition to get them to collapse in on themselves.

McConnell said that the experts on site have experience in these types of demolitions, but the positioning of the building in a historic neighborhood complicates efforts.

While engineers determine how to bring the building down, firefighters will be escorting people to the cars parked in a nearby parking garage that has been caught in the evacuation zone, leaving hundreds of cars stranded.

“This is being done for a safety reason. As we go to take this building down at some time in the future, those cars will have gasoline in them,” McConnell said.

If your car is in the Premium Parking Garage at 400 N. Rampart Street, call 311 to set up a time to retrieve it. You will need your car keys and ID.