The lawsuit, filed Thursday in Orleans Parish Civil District Court, goes beyond two previous suits by spelling out allegations against the developer. 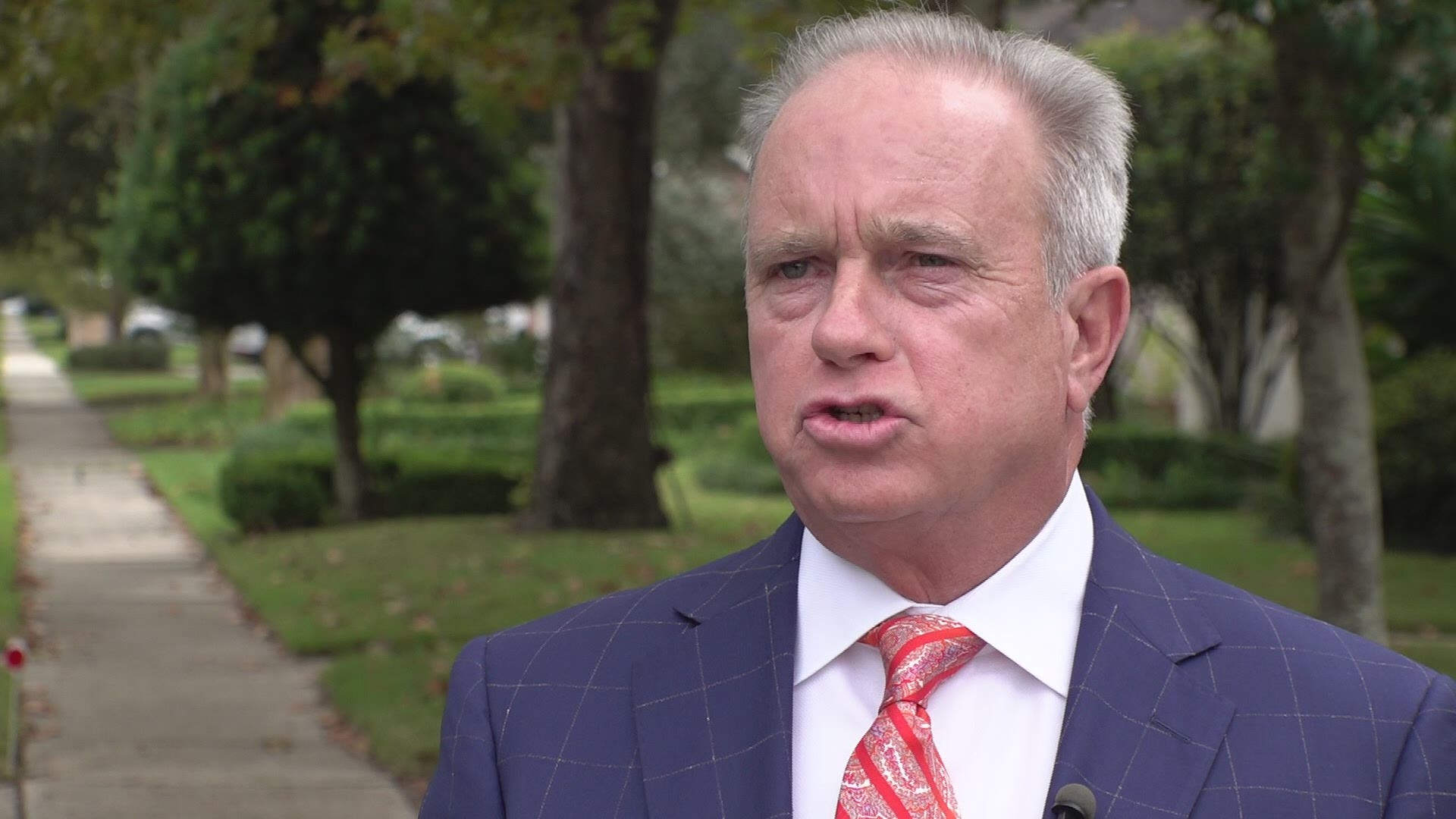 NEW ORLEANS — A lawsuit filed on behalf of 10 people injured in the collapse of the Hard Rock Hotel alleges that developers rushed ahead with a poorly designed project and that warning signs of possible catastrophic problems were ignored.

The lawsuit, filed Thursday in Orleans Parish Civil District Court, goes beyond two previous suits by spelling out allegations against the developer – Kailas Companies – with specific claims about shoddy design and construction.

“The design, planning, and construction of the structure at 1031 Canal was inadequate, likely to cause harm, and did cause harm to plaintiffs and others,” the suit states, “Defendants failed to design the structure in a manner that could bear the loads the structure was intended to hold.”

Click above for WWL-TV legal analyst Chick Foret's analysis of the suit.

In particular, the suit alleges:

-- The building “had no steel frame on (the) outside and no cross bracing” and on the upper floors of the 18-story structure, there were insufficient “horizontal beams, fill beams and pole jacks” to support the structure.

-- “In other cost-cutting measures, unskilled and under-supervised labor was used on the site.”

The lawsuit also claims that distinct warning signs were observed by workers in the days before the collapse, but when they told their superiors “defendants proceeded with construction, and caused a major building collapse.”

The claims in the suit match accounts of more than half a dozen workers who spoke to WWL-TV about their concerns. The concerns spelled out in the lawsuit include.

“Several days prior to the collapse of the building, workers noticed support beams bowing and failing, however construction proceeded apace with no immediate stop in work or change in plans,” the suit states.

The plaintiffs also state that the “decking materials and supports were too thin, and there was no expansion iron.”

“Before the building collapse, several inch dips began appearing in concrete decking on the upper floors, indicating either that the concrete had no adequately cured, the building lacked structural support, or both.”

In previous information gathered by WWL-TV and The Times-Picayune/New Orleans Advocate, a former ironworker who requested anonymity under the advice of his attorney shared that theory and blamed a series of changes to the design that were made during construction.

“It wasn’t the ironworkers. We did everything to engineered specs. I wondered if the engineers were really okay with it,” the former worker said. “The whole crew joked about how bad it was. We all joked we’d never stay in that hotel.”

The lawsuit also raises issues surrounding the developer, particularly Praveen Kailas, who, in 2012, and based on the station's reporting, was charged by federal prosecutors with conspiracy and theft of public funds.

He pleaded guilty and was sentenced to 30 months in federal prison in December 2013. Judge Sarah Vance had harsh words for Praveen's father, Mohan, during the sentencing, stating from the bench that he had let his son take the fall for him.

Mohan Kailas remained the lead developer on the 1031 Canal Street development project. It started as a multi-use retail, hotel and condominium complex, and Praveen Kailas convinced the City Council to grant special waivers to build it to nearly 200 feet in 2011.

But Kailas had several financial problems and the project screeched to a halt for years after the original Woolworth building was demolished. In 2014, the city sent demand letters to Kailas for more than $300,000 in unpaid permitting and inspection fees.

The lawsuit references the issue, stating the project was “delayed yet again by the owner and developers’ failure to pay hundreds of thousands in building fees.”

In 2018, an agreement was announced with Hard Rock International to make it into a Hard Rock Hotel instead, with 18 stories and a rooftop bar and pool deck.

Praveen Kailas and his brother Naveen are no longer partners in the development, known as 1031 Canal Development LLC. It’s a partnership between Mohan Kailas; Denzel Clark, president of the prime contractor on the project, Citadel Builders; and Todd Trosclair of All-Star Electric.

WWL-TV went to Kailas' office Monday, but when he saw a news camera he ran away.

Also Thursday, in a previously filed lawsuit on behalf of three workers, attorneys submitted a motion for the developers, contractors, architects and engineers to preserve all evidence connected to the project.

The firms involved in the project have declined to entertain speculation over what caused the collapse.

RELATED: There's never been a rescue operation like the Hard Rock Hotel collapse

RELATED: "He always made me laugh": Remembering Anthony 'Bubba' Magrette

RELATED: Why did the Hard Rock Hotel collapse? Engineers investigate