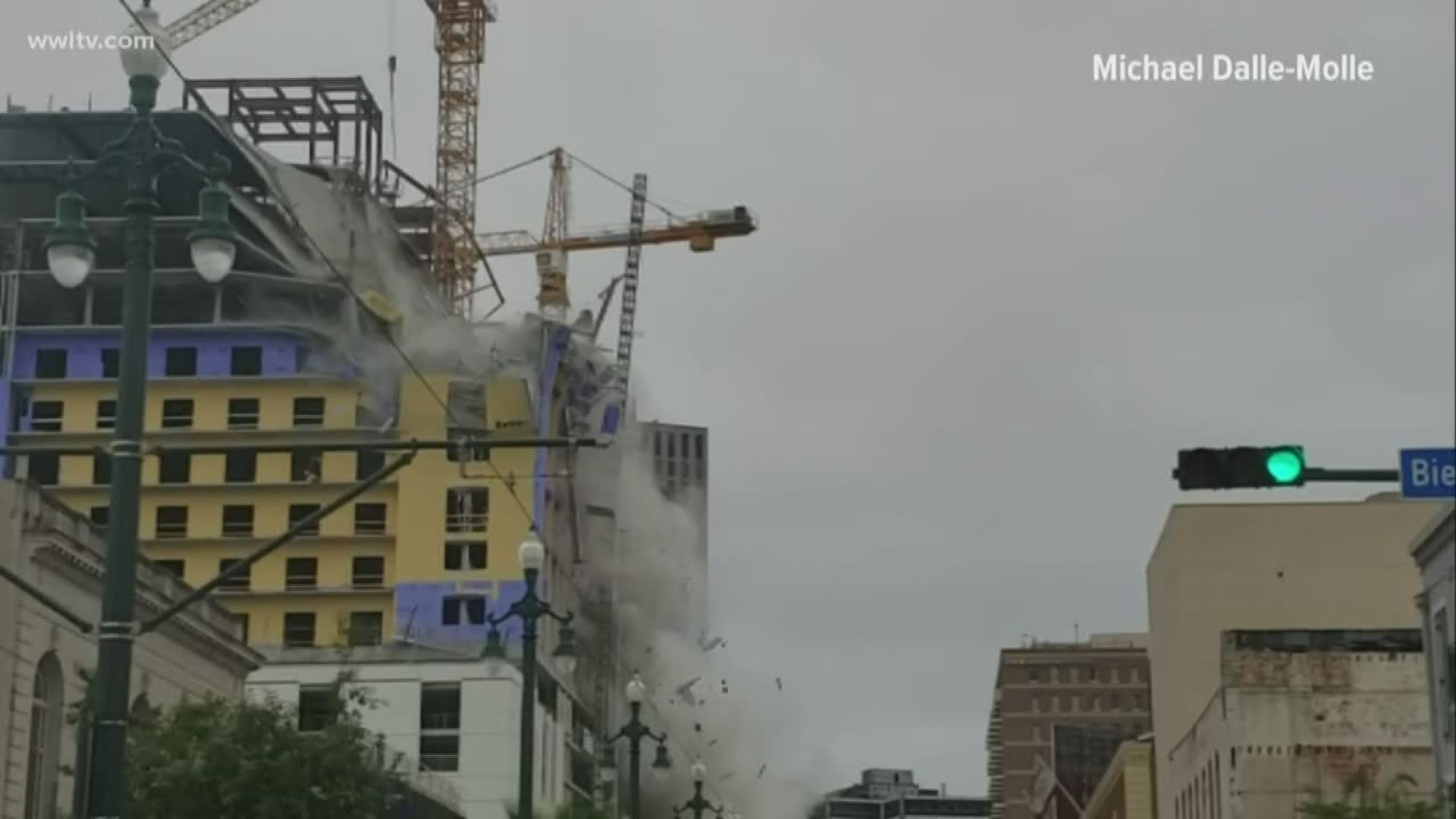 NEW ORLEANS — Trade workers of New Orleans gathered outside City Hall Thursday night with candles and with a message:

"We come here together to honor and respect the fallen workers."

They rallied to remember the three men who were killed on the job Saturday in the Hard Rock Hotel collapse.

We've come together as a unit across this city to start addressing the concerns of our labor force," said Rev. Willie L. Calhoun, attending as a representative for worker's advocacy group Step Up Louisiana.

Although from different industries -- the workers at the vigil were advocating for safe conditions for all workers. And peace of mind for the families waiting for them to come home.

"These are brothers in our society of construction. It's huge. It's huge," said Beau Serpas, a carpenter.

Many of the workers have strong opinions about the incident. One of them, Kenneth Knight, has been a sheet metal worker for decades.

Through a translator, Alfredo Salazar said he believes there should be legal or political consequences for the collapse.

"There needs to be an investigation and the parties that are guilty for causing this tragedy also need to be held accountable," he said.

As the reality sets in that three men -- just like the workers in this group -- will not be coming home, they're showing a unified front.