$5,500 countertop installed with too many flaws; News 2 helps homeowner get it replaced

The plan was to update the kitchen with a makeover of sorts. Unfortunately, it turned into a nightmare when the countertop looked more old than new. 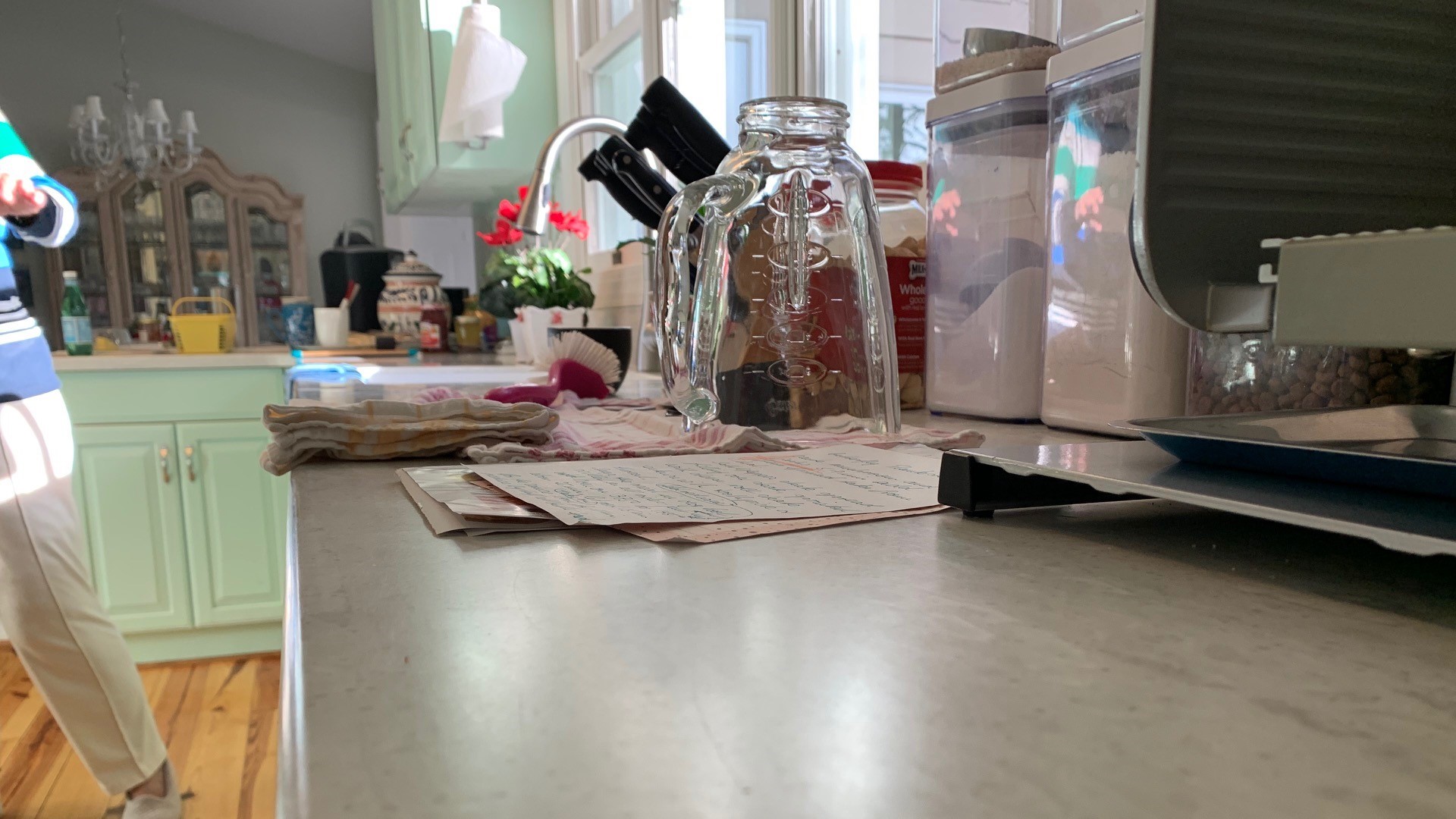 NORTH CAROLINA, USA — Helma Ritter decided it was time to make some renovations around the house. One of the major upgrades included a facelift for the kitchen. Ritter was going to paint the cabinets and put in a new Corian countertop.

“I’ve had Corian in my other homes and loved it,” Ritter said.

The cabinets were painted a spearmint green, and the countertop was installed once that was done. Almost immediately, Ritter noticed a problem with the countertop.

“The backsplash was rough where it came together. The seam was jagged,” she said.

The seam was also noticeable on the countertop and was in what Ritter thought was an odd place - just to the right of the sink. It also looked like there were knife marks along the seam. The cutouts for the soap dispenser and boiling water were also cut too far from the sink.

“That should not happen with Corian,” Ritter said.

The countertop cost about $5,500 to buy and install, and she was not happy with the result.

Calls by Ritter to the company were often unreturned for several days or weeks at a time.

“The whole thing was a mess. It was poorly done,” she said.

It got to the point Ritter thought she may have to simply accept the flaws in the countertop or pay to have a different company come install a new one.

“My niece finally said, there is someone on TV who can do something about (this),” she said.

A few days later, Ritter reached out to News 2 to see if our Call for Action team could help.

News 2 reached out to the company and explained the issue. A supervisor told us he would investigate the matter.

A few days later, she received a call from a representative with the company. It decided to replace the countertop at no cost.

The new countertops were installed a couple of weeks later. This time, there is no seam, just one giant piece of Corian. Ritter tells us the countertop looks perfect, and she is more than happy with how her remodeled kitchen now looks.