Couple moves into new Summerfield home, but it wasn't getting mail and couldn't be found on GPS

It started out as an amazing buying experience. It ended up being a pain when mail couldn't be delivered to their new home in Summerfield. 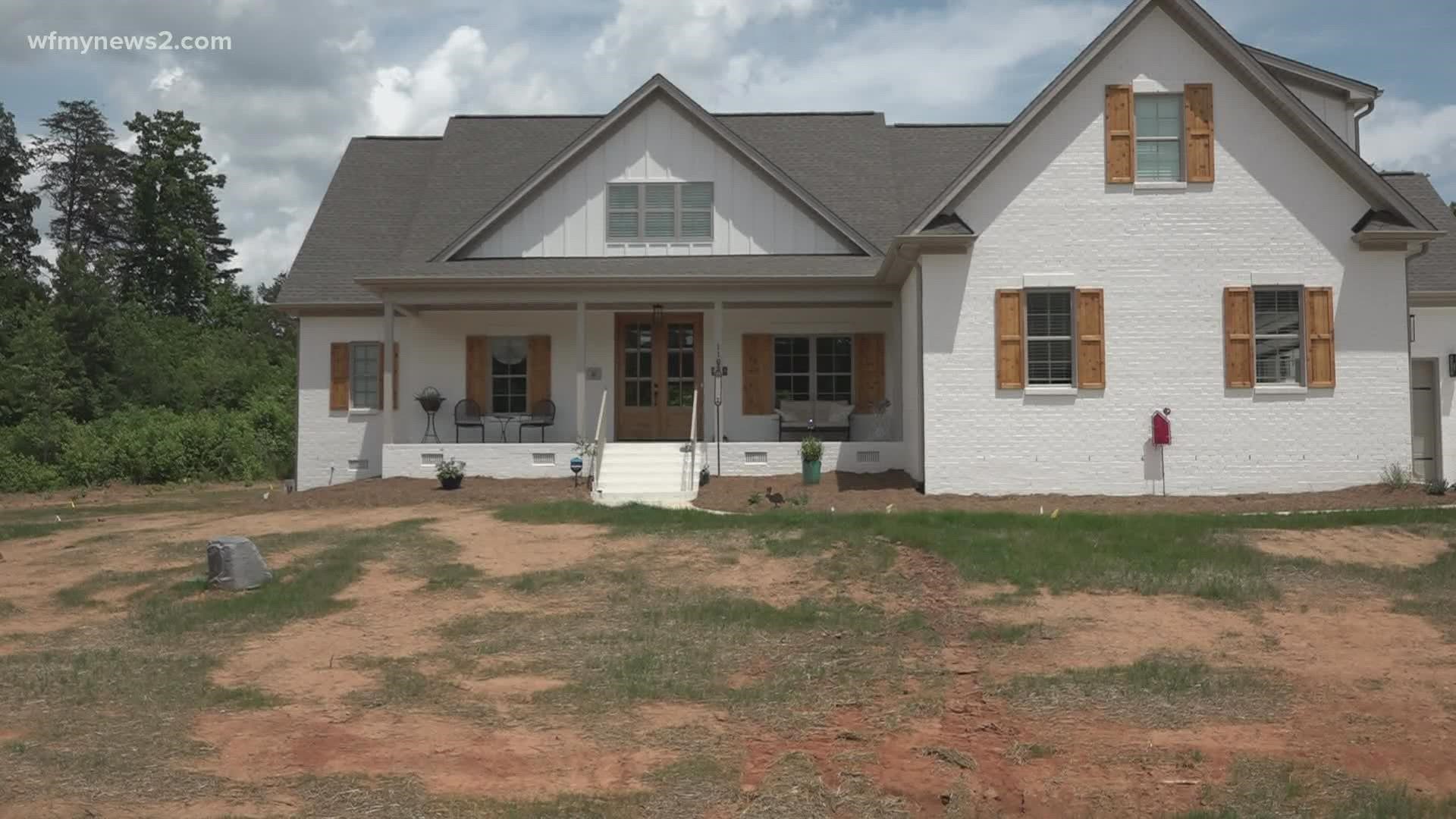 SUMMERFIELD, N.C. — There’s a lot of work to do when buying a new home - arrange the movers, unpack your items, schedule a walkthrough. The list goes on and on.

Jim and Cathy Pierce learned all this earlier this year when they moved into a new custom home in Summerfield. The small development has big lots and plenty of space for families or retirees like Jim and Cathy.

While the couple was dealing with the typical responsibilities and usual issues that come with moving – a problem popped up that they never expected to happen.

The couple notified the postal service of a change in address a couple of weeks before moving. They figured everything was fine and continued down their to-do list.

“We didn’t think much about it,” Jim said.

A couple of weeks later, the Pierces realized there was a problem. They didn’t have a mailbox, and they weren't getting mail.

“We ordered a particular product, and we couldn’t get it delivered,” Jim said.

Along with not having a mailbox, there were no street signs in the new community. If you tried to pull up the couple’s address on Google maps or any other website, it didn’t exist.

Regular mail delivery was also impacted. Without a mailbox, the mail had to be held at the post office several miles away from the home.

“(It’s) not convenient. We do go to the post office to get our mail. We drive five miles a couple times a week,” he said.

The couple contacted the builder and the developer. They then reached out to the city for answers. It turns out there was a mistake with the street signs. The developer mistakenly submitted the paperwork and money for the street signs to the wrong city.

“Our main concern is that we could not get a first responder here should we need one,” Jim said.

The couple contacted News 2 and we immediately started our investigation. In the meantime, Cathy Pierce went to the local fire station to ensure first responders have a record of the home if 911 was called. The home was not in the system but after speaking with fire personnel, Cathy was assured, they would make a record of the location if emergency crews were needed.

While Cathy was doing that, we contacted the city, the postal service, the builder, and the developer. City officials told us it would try and expedite the process once it received the money and order for the street signs. It figured it would take four to six weeks before the signs are installed.

The developer admitted the mistake and said it would do everything it could to get the signs up quickly. Apparently, an assistant simply took or sent paperwork and a check to a different city and wasn’t alerted to the issue until the Pierces called us.

The mailbox issue is a bit more confusing. The developer tells us that the initial plan was to have mailboxes in front of every home. The site plan called for that, but the postal service did not approve the plan. It wanted a community mailbox where people would all go to the same location and pick up the mail.

The confusion caused delays and forced the developer to submit a new site plan. Once submitted and approved, the mailbox could be ordered and construction could begin.

‘We never thought this would be a problem when we moved in,” Jim said.

It might seem simple, but ordering, installing, and developing an accessible location to install the mailbox takes time. They put a rush on the project, but it still took a couple of months. About five months after moving into their new home, the Pierces had street signs up and a mailbox installed.

“An enormous but simple thank you for being able to help us get this corrected in a timely manner,” Jim said.

While everything seems to be going OK now, it’s still often difficult to locate the home when using maps on your phone or laptop.