When refinancing a home, there is a lot to do - Plenty of paperwork to fill out and credit information to provide. The last thing you want is a collections notice. 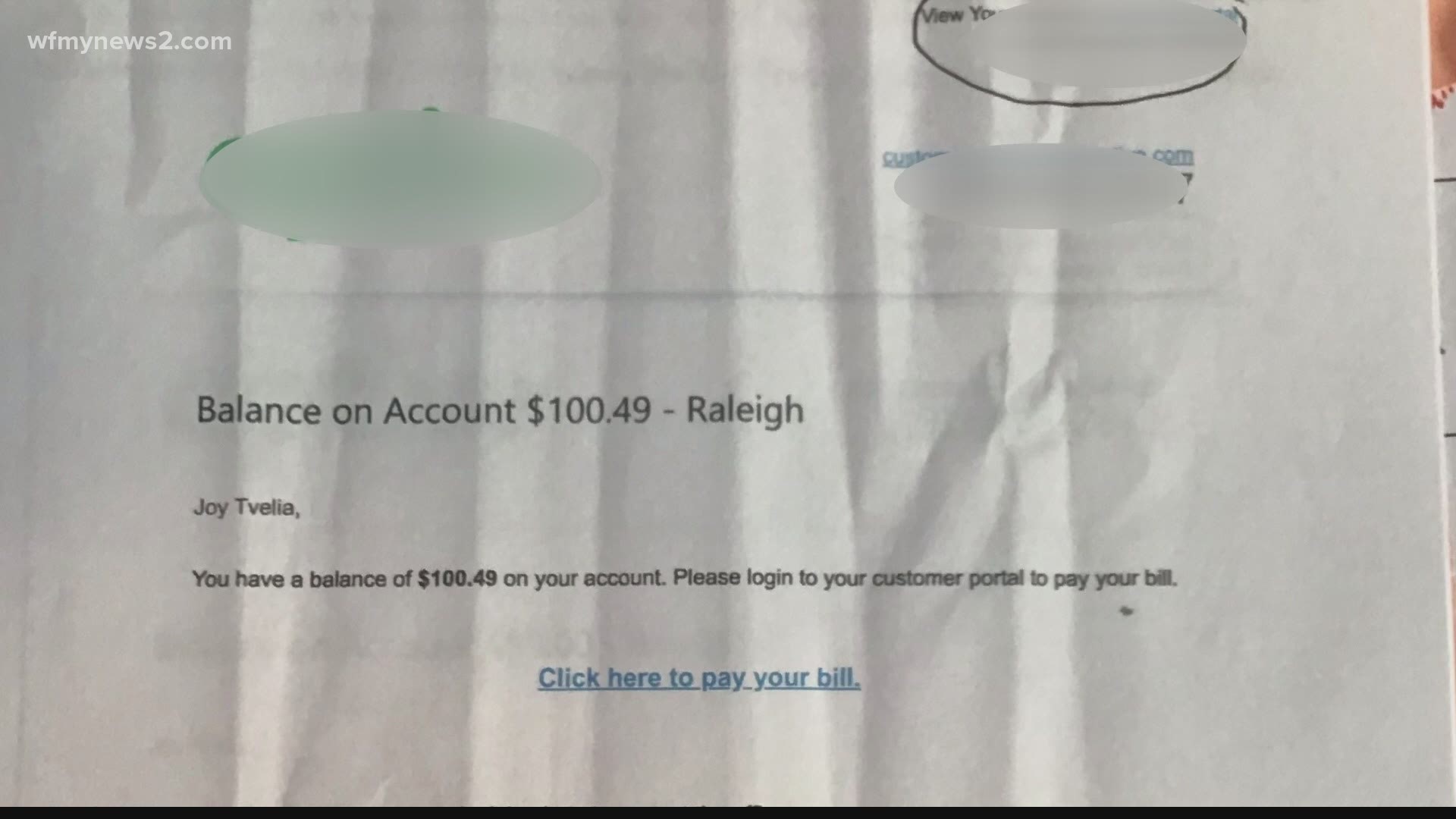 GREENSBORO, N.C. — James Tvelia knows the drill. Every summer, he has thousands and thousands of uninvited guests.

“Always around May, you see ants come marching in,” Tvelia said.

His home becomes a play area for the six-legged nuisance. Spiders also seem to come out of hiding around that time every year.

This year, Tvelia was ready for the invasion.

“There was a knock and the door. It was a very nice lady,” Tvelia said.

The lady was with a pest control company. Tvelia decided to sign up and have his house sprayed to prevent the ants from marching in.

“They came out and sprayed the front and back yard,” Tvelia said.

Within a couple of days, Tvelia said he noticed a difference. The ants were not nearly as bad.

“The product is good, it really works,” Tvelia said.

The problem was not the product - it was the billing department. Tvelia received two separate bills with two different account numbers. He had no idea what to do and was having difficulty reaching anyone in the main office.

“One of the bills was sent to collections,” Tvelia said.

That’s when Tvelia called us at News 2 to see if we could help. Not only did he need the issue sorted out, but it could have caused a major problem with his credit.

“I am refinancing my house and it is very concerning,” Tvelia said.

We were able to finally talk with a representative of the company and get the issue resolved. The pest control company credited Tvelia’s account $100 and removed the collection notice.

“I was able to refinance my house which was a big relief,” Tvelia said. “Thank you so much.”