Every car is different, but they all come with suggested specifications. Kevin McNamara bought his SUV, figuring he would get 600 miles a tank. He didn't. 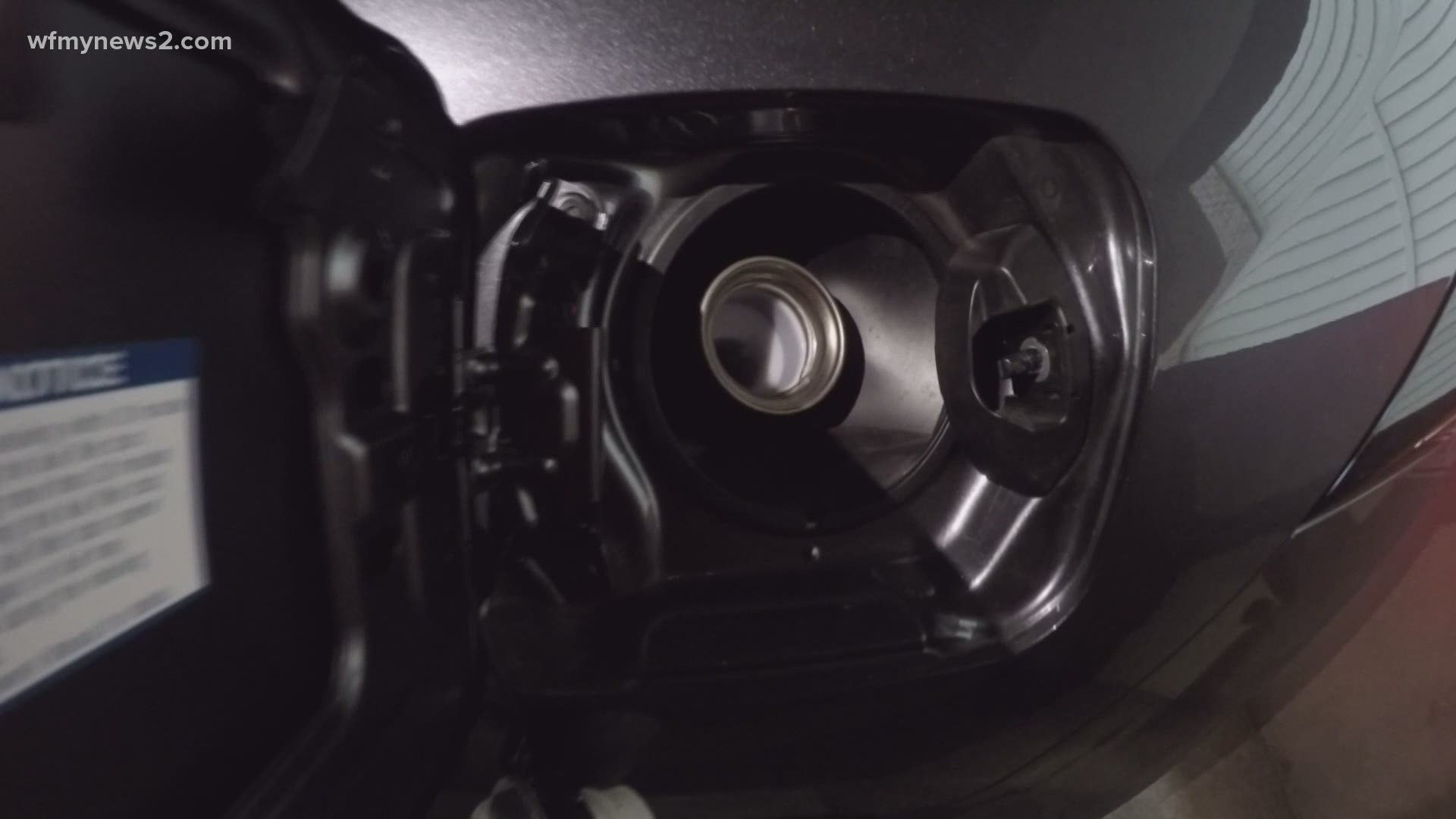 GREENSBORO, N.C. — Searching for a new car can be stressful, so when you find one, it's a relief and an exciting time. Kevin McNamara was looking for a new car back in July 2019 when he decided to buy a Toyota RAV4 Hybrid.

“I liked the car a lot and was looking for a hybrid SUV,” McNamara said.

The SUV seemed to be the perfect car. It came with plenty of upgrades and bells and whistles. The car was great to drive and barely made a sound when you turned it on.

What McNamara didn’t know, but would soon find out, is that some of these SUVs had a gas tank issue. A short time after purchasing the SUV, McNamara went to get gas for the first time.

“I discovered I could only fill (gas tank) up two-thirds of the way,” McNamara said.

The SUV should hold about 15 gallons, but McNamara could only put in about nine gallons. Instead of being able to drive about 600 miles on a tank of gas, McNamara was able to go about 400 before needed to fill up again.

“It turns out, this is a common issue that happened with this make and model,” McNamara said.

Once he realized this was indeed an issue that wasn't going away without a fix, he called the dealership he bought the SUV from and three other dealers as well. The answer he received from each one was about the same.

McNamara said the dealerships acknowledged the issue but told him Toyota did not have a fix for the problem.

“I was just told that there is no solution for it at this time and I would have to wait,” McNamara said.

Every five to six months, McNamara would check in with Toyota about a fix and would be told there was nothing available yet as far as a solution. At one point, he asked the dealership to refund his money or allow him to swap cars, but the request was denied.

The SUV ran well, and McNamara liked it, but he was never able to put more than nine gallons in during a fill-up.

“It was frustrating because we take long trips and now, we have to stop more often,” McNamara said.

This issue went on for about 18 months before McNamara reached out to News 2 for help.

WFMY called the dealership and Toyota’s corporate office. We also sent emails. It took some time and more than a couple of calls before we finally reached someone at Toyota.

A Safety and Quality Communications Manager in the corporate office returned an email sent by News 2 and suggested the station call someone in the Toyota Brand Engagement Center. The manager said the call hotline was recently set up to address these issues and that someone would try to help.

“None of the complaints were ever addressed until I contacted (News 2),” McNamara said.

A day after we received an email from Toyota, a representative reached out to McNamara. A couple of weeks later, someone else reached out to inform him of a fix with the gas tank.

McNamara took the SUV to a local dealership a few days later, and the dealership was able to replace the tank and sensor.

“I’m thankful for (News 2) and intervention to get Toyota to work with the manufacturer on a solution,” McNamara said.

Toyota sent WFMY News 2 an email that read in part:

Based on our investigation, Toyota believes these conditions to be primarily related to the fuel tank and/or fuel sender gauge design. These conditions can cause the fuel level to be read incorrectly and may cause the low fuel light to illuminate with more fuel in the tank than usual. In our continuing efforts to ensure customer satisfaction, Toyota launched two Customer Support Programs at the end of October to provide coverage for the Fuel Tank and/or Fuel Sender Gauge Unit on certain 2019-2020 Model Year RAV4 Hybrid vehicles. Under the terms of these Customer Support Programs, if the condition is verified, the vehicle will be repaired with a new part or parts relevant to the program in which the vehicle is involved.