The HOPE program helped thousands of people stay in their homes, but sometimes it took longer than expected. 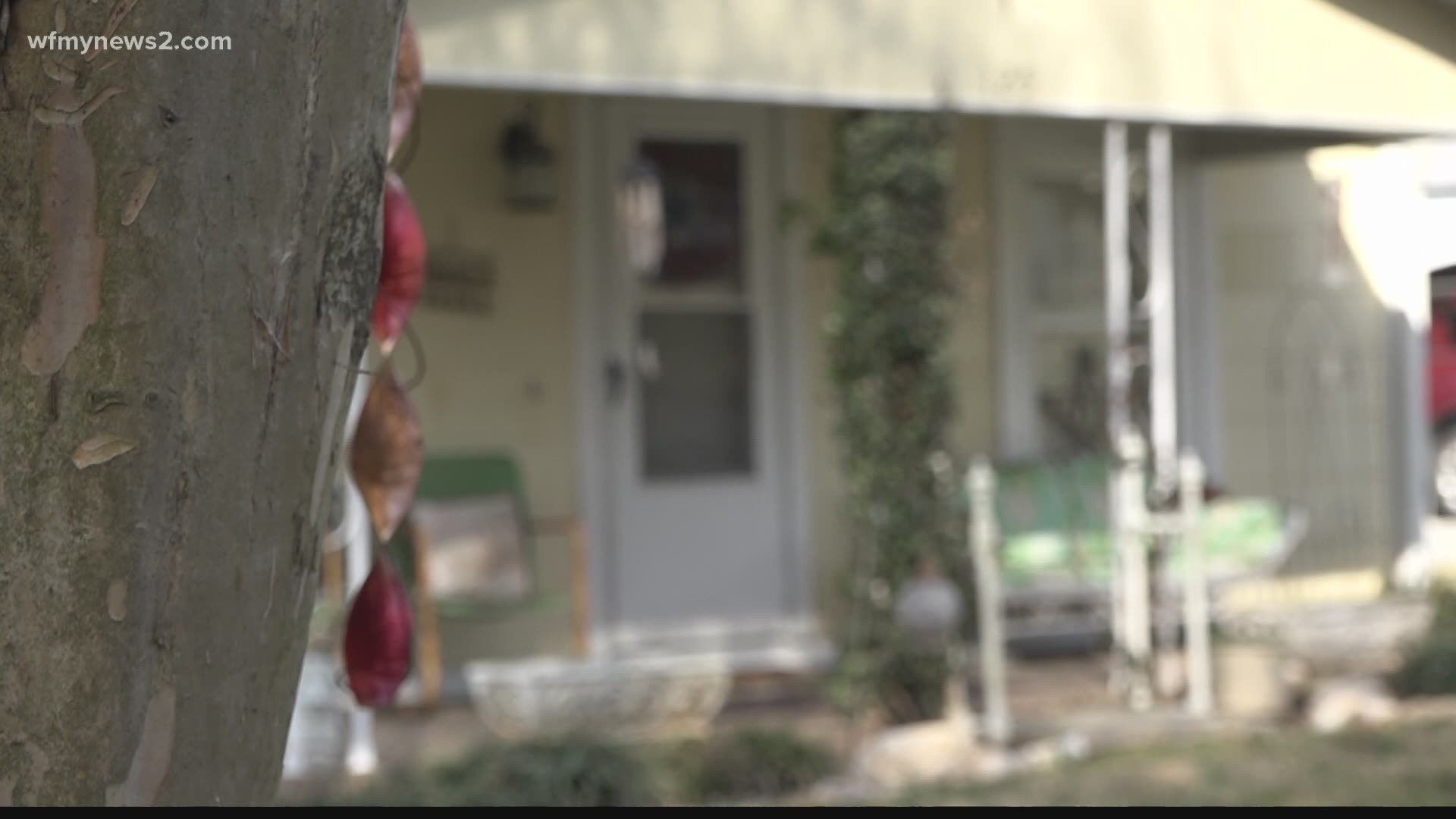 GREENSBORO, N.C. — The light yellow house sits back from a quiet street in Winston-Salem. There's a large front yard and a nice covered porch. A light breeze will create just enough movement to get the wind chimes clanking.

“I like the home. It’s cute and really nice,” Todd Hedrick said. He's the landlord.

The house isn’t that big, but it works perfectly for one of Hedrick’s high school friends who lives there now.

“We’ve known each other a long time,” Hedrick said.

His friend has lived in the home a few years but has recently fallen on some tough times. Like many people, he lost his main job when the pandemic hit.

“It’s been tough on him,” Hedrick said.

Without a consistent source of money coming in, he quickly fell behind on the rent. By the end of last year, Hedrick said his friend was almost four months behind.

Both agreed the best thing to do would be to sign up for rent-assisted funding through the HOPE program. An application was filled out and submitted. A month or so later, Hedrick learned his friend was approved and would be receiving about $5,000.

RELATED: Need help with rent and utilities? Second round of HOPE program checks going out now

“It was nice knowing he would be getting the money,” Hedrick said.

When the calendar turned to 2021, Hedrick kept checking his mailbox to see when the money would come. The system, while great in design, was not as efficient as even organizers had hoped. It was around mid-February that Hedrick reached out to us after waiting almost three months for the money.

“I didn’t know what else to do. It was kind of stressful,” Hedrick said.

The HOPE program was initially overwhelmed from the moment it started accepting applications. More than 40,000 people applied in the first three weeks. While many were quickly paid, others like Hedrick waited several months without getting a penny.

After reaching out to News 2 for some assistance, we were able to get in touch with some folks at the HOPE program. In a short time, the issue was resolved and Hedrick’s friend received the funding and was able to pay six months’ worth of rent that was owed.

“My buddy is very proud, so he didn’t even like asking for help from the program such as this, but he is glad it existed,” Hedrick said.

The HOPE program is now in the second phase of assisting people that need relief. Now automated, it is running much smoother. The program, which received $800 million in funding, is paying people in less than three weeks.