When buying a car, you often look for a good warranty. Felicia Wade found one, but when her car needed repairs, she wasn't covered. 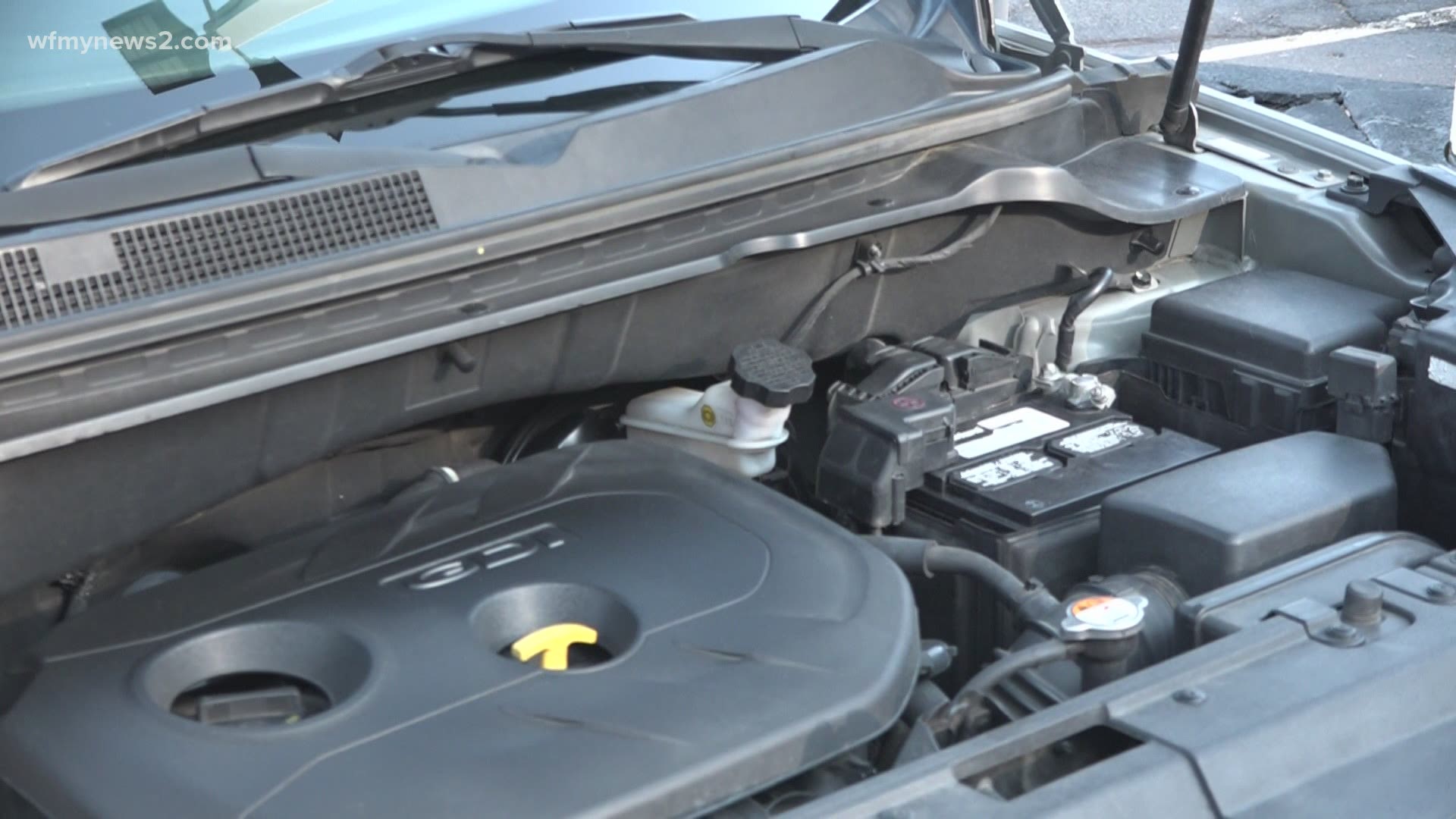 GREENSBORO, N.C. — It might be one of the most annoying things in the world. You’re driving your car when you hear a rattle. You can’t seem to tell where it’s coming from, and the sound isn't going away.

The noise continued for a few days before Wade took the car to a local KIA dealership. She purchased the car back in 2014 and up until now, there had not been too many issues.

Wade said the mechanic thought it might be a problem with the struts, so he made a minor adjustment. Unfortunately, the issue did not go away, and Wade took it to the dealership again. At this point, the car had around 90,000 miles on it.

The mechanic wanted Wade to drive the car after putting some dye in the oil to see if he could better identify the issue. Wade said the mechanic asked her to drive it for two oil cycles before bringing it back for an inspection.

“They told me one thing, and then a couple of oil changes later, they tell me something else,” Wade said.

The official diagnosis was that the engine needed to be replaced. The car came with a 100,000-mile warranty, so Wade assumed it would be covered. The problem was, by now, there were more than 100,000 miles on the car. KIA decided it would cover the cost of parts but not the labor.

“All along, I thought it would be covered,” Wade said.

The local dealership tried to intervene but was not successful. A couple of weeks later, Wade had the engine replaced and paid for the labor portion of the bill which was right around $1,100.

“I was frustrated,” Wade said.

Not sure what else she could do, Wade decided to reach out to News 2 to see if our Call for Action Team might be able to assist. We immediately reached out to KIA and a spokesperson told us the company would investigate the matter.

“I received an email (from KIA) stating they were reviewing my warranty,” Wade said.

A couple of weeks passed, but Wade eventually heard back from KIA. The company decided it would reimburse Wade for the cost of the repairs.

“You guys (News 2) are awesome. You really are. I appreciate it,” Wade said.

The car has been running great and Wade said she is thrilled we were able to help get KIA to honor the warranty and pay for the repairs.