John Logue trained Howie to help with his PTSD. The dog is registered with the US Service Dog Registration. But when he and his ex-girlfriend split she kept Howie. 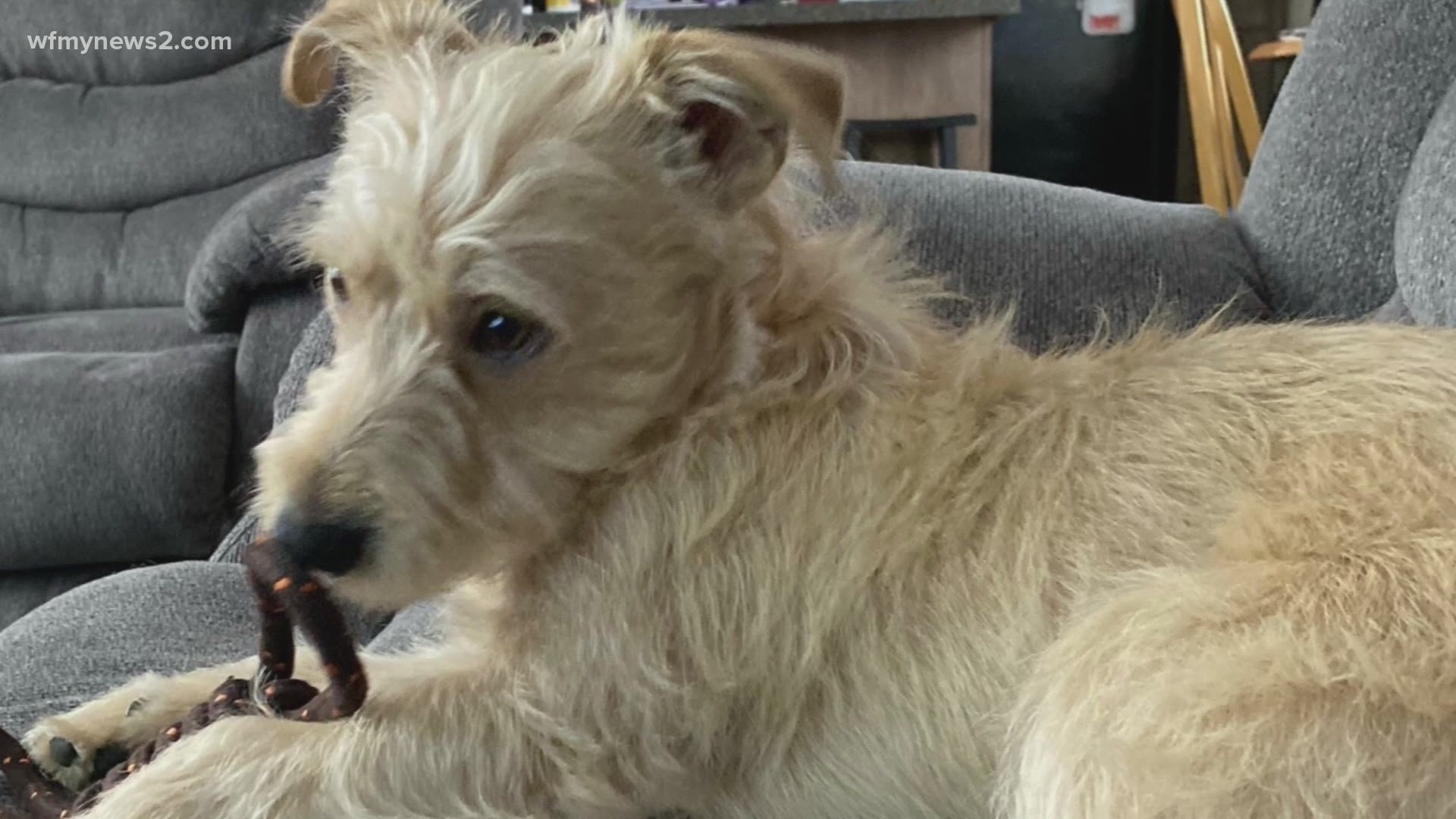 REIDSVILLE, N.C. — UPDATE: John Logue was awarded custody of Howie on Friday after going to court to get his service dog.

John Logue was simply out celebrating an evening with some friends. He was at a restaurant when a mariachi band came over to his table to play some music. The band was behind Logue when it started, and he was unaware they were there.

“They started playing and it startled me so much that I jumped up and shoved the table against the wall so hard it cracked the wall,” Logue said.

The Navy veteran suffers from anxiety and has been diagnosed with PTSD. Logue said he had an immediate flashback to his time in the military and he just reacted.

“It’s a day-to-day thing that I deal with,” Logue said.

The incident, while unusual, highlights the daily struggle that Logue battles when it comes to his disorder. He has trouble in large crowds or noisy venues and always must sit facing the door.

Help for Logue comes in the form of a furry, 15-pound miniature schnauzer. His service dog Howie has been trained to assist him when he is having issues with his diabetes or a PTSD episode.

“He’s there for me and will often come to lay on my chest to calm me down,” Logue said.

The dog has been with Logue for a little more than a year and was trained and licensed about six months ago. Logue and Howie moving in with a girlfriend of his about three months ago.

Unfortunately, the relationship ended a couple of weeks ago and now the ex-girlfriend is refusing to give Howie back to Logue.

“I don’t know why she is doing this,” Logue said.

Reidsville police were called to the apartment a week ago and did make sure Logue left the residence since he is not on the lease. Officers were unable to remove the dog because the ex-girlfriend would not allow access to the apartment. A captain with the police department said his officers handled the situation appropriately and that this is a matter for the courts to settle.

“They say it’s up to a judge, but all the documentation proves (Howie) is mine,” Logue said.

The couple will go to court on Friday to discuss the restraining order case and the custody of the dog is expected to be a part of the proceedings.

“I just want to get him back, I sometimes just stare at my wall and his picture during the day,” Logue said.

Stay with News 2 to keep you posted on the case as it moves forward.