When you can't use the bathroom in your home it is problematic. When the issue is going on a few days and is not being fixed by your landlord you call News 2. 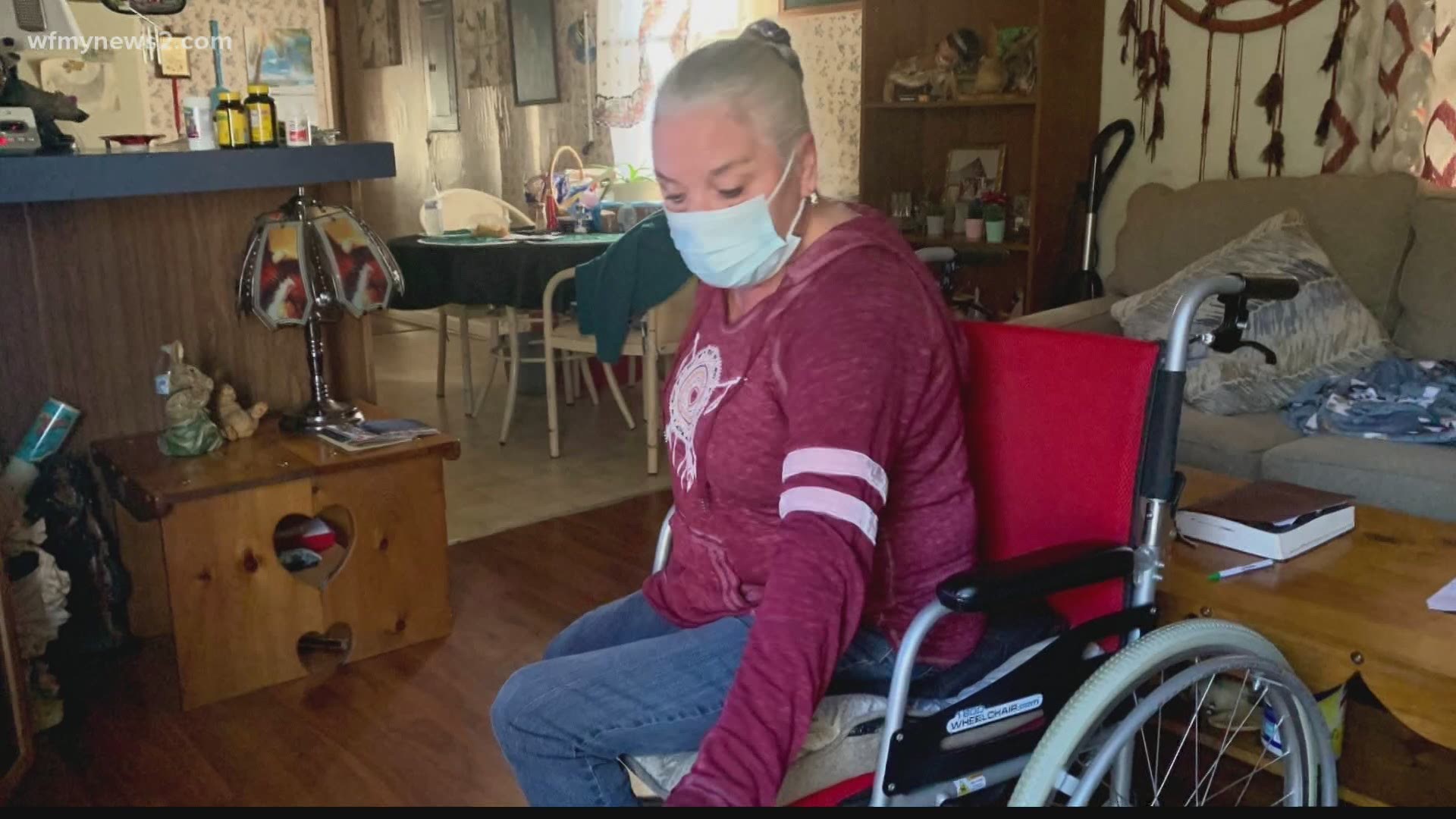 ASHEBORO, N.C. — Carol Taylor manages quite well despite being in a wheelchair most of the time. Several years ago, Taylor developed issues in one of her legs and had to have it amputated.

Despite having her right leg amputated above the knee it doesn’t seem to slow her down. Taylor has a full-time job and manages just fine on her own.

There are however some other issues that seem to pop and are not super fun. She recently came home from work one day and noticed some water around the toilet in her bathroom. She cleaned it up and didn’t think much about it. Later when she went to flush the toilet, she noticed more water coming from it. A day later the toilet overflowed.

“I came home from work and flushed it and water started running out on the floor,” Taylor said.

The sewage line was clogged, and it became so bad that water and sewage started to pour out into the bathroom and hallway.

“It just boiled up,” Taylor said.

“Oh my gosh the house stunk, it was raw sewage,” Taylor said.

The next day Taylor called News 2 and we put a call into the landlord. Within 24 hours a plumber was at the home unclogging the sewage line.

“Without you getting involved they would have drug their feet,” Taylor said.

The toilet is working perfectly, and that horrible smell is finally gone.