The job seemed perfect at first. Melissa McPherson would quickly discover she didn't like it, and more importantly, didn't feel safe. 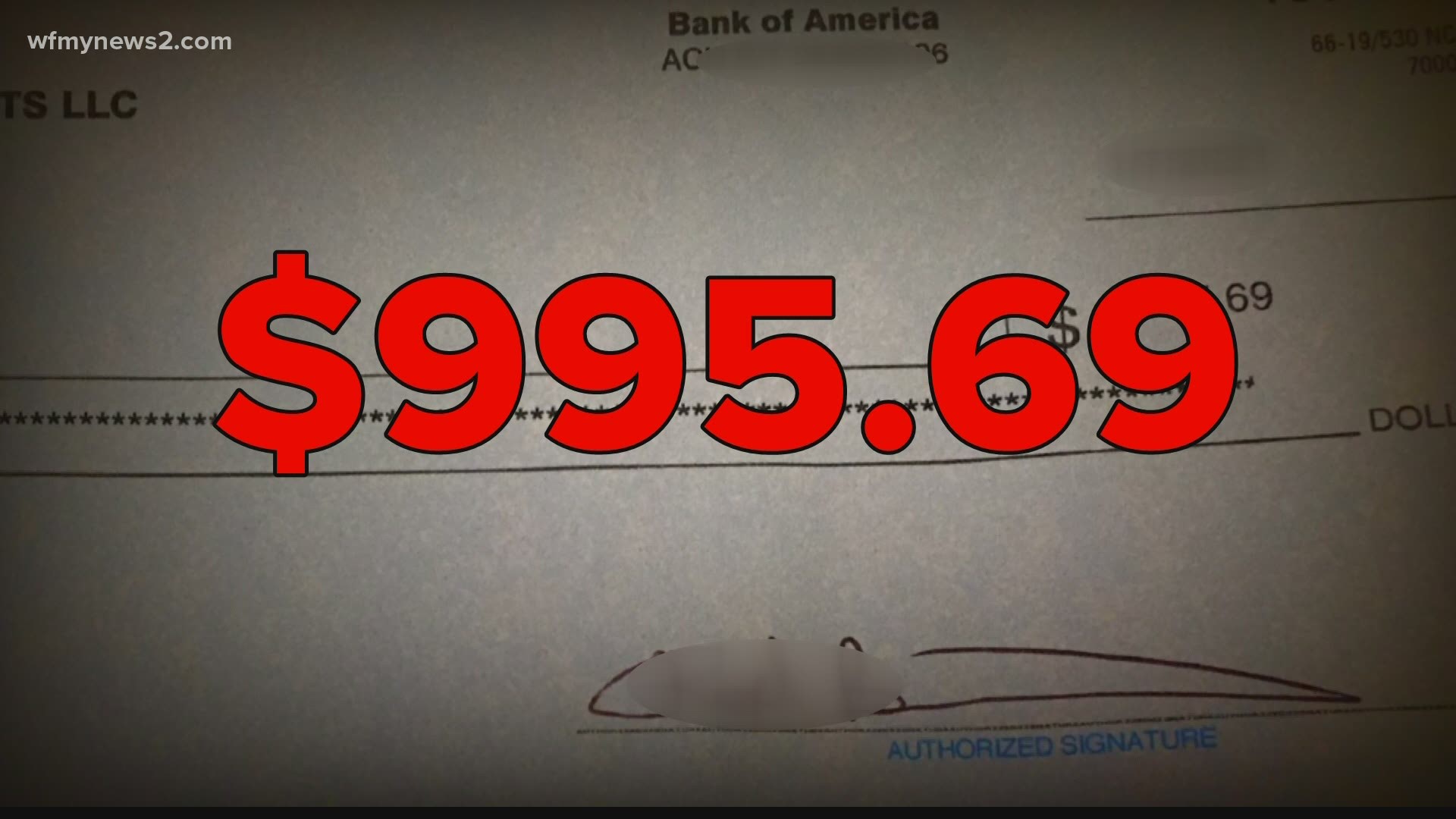 KERNERSVILLE, N.C. — Melissa McPherson hadn’t worked in a while and needed a job. Fortunately, she found one and was hired a couple of weeks after applying. What she quickly learned, was that this was not the right company for her.

“I gave a notice because I was offered another job,” McPherson said.

Less than a month after working at the remediation company, she quit.

“The girl training me was coughing all the time. She later tested positive for COVID-19,” McPherson said.

The next day, McPherson went to get tested and it came back negative. McPherson said she mentioned how uncomfortable she felt about the employee coughing so much and was concerned for her safety. McPherson said nothing was ever done.

“We (then) got an email from our corporate office saying we needed to shut down, but my manager stated we were not going to do that,” McPherson said.

Along with fearing for her own safety, McPherson worried that she was setting up in-home appointments with employees that may have been infected.

“I did not feel safe, not at all. We had team members going into peoples' homes,” McPherson said.

Another job opportunity came along, and McPherson jumped at the chance to leave. She told her supervisor and asked for her last check.

A couple of weeks went by and McPherson called the office to inquire about her check. Since she had not yet been paid by her new employer, the money was needed as bills were stacking up.

“I said, I need to know if the check was mailed because I haven’t (received) it. I told them if it is not here in two days I’m calling (News 2),” McPherson said.

The check did not arrive, and McPherson did call News 2.

We contacted the corporate office and spoke with an executive. He acknowledged there was an issue with the check and would resolve it quickly. Two days later, a new check was issued and delivered to McPherson’s front door.

“By Friday some time, I had a check stuck in my front door,” McPherson said.

The check was desperately needed as McPherson had already bounced some checks when paying her bills. The bank later agreed to remove the overdraft charges which saved McPherson about $50.

“You have no idea how much I appreciate it, how much I needed the assistance,” McPherson said.

The bills have since been paid and McPherson is all caught up.