The house was perfect until the floors started to tear and rip. Less than two years after the home was purchased the floor was ruined. 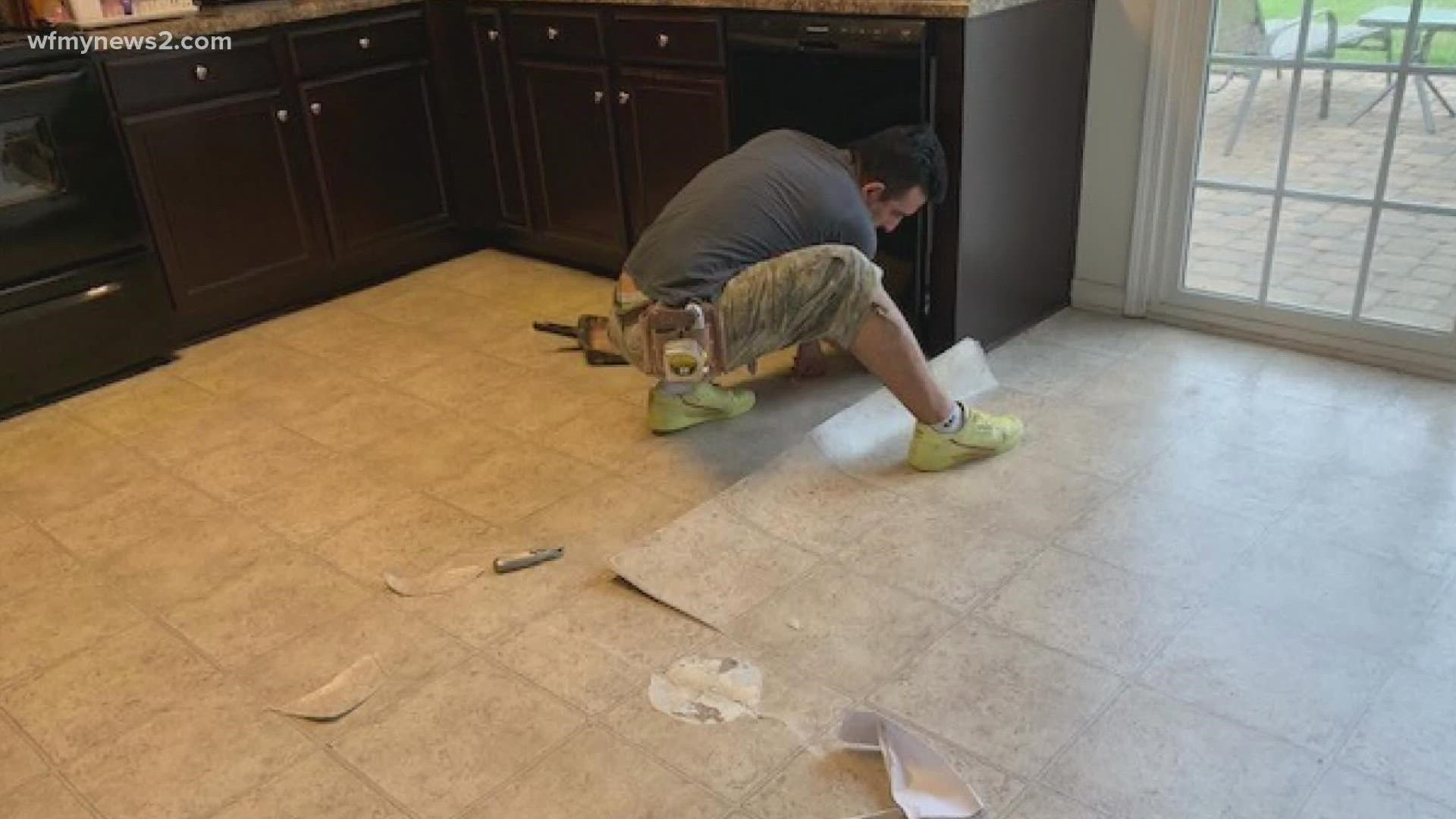 NORTH CAROLINA, USA — Linda Nelson is a hard worker. She saves her money and doesn’t spend much on lavish items. It’s one of the reasons she was able to buy a new home.

The home would be the last one Nelson planned to live in, so she was careful to take care of it. Always cleaning the floors and counters she takes pride in a clean home. So when a few parts of the vinyl flooring started to tear it was concerning.

“I reached out to the builder and they sent someone out,” she said, “They did not fix it, covered it, I guess.”

The building chose to repair the flooring with a special glue to keep it from splitting and peeling. The repairs did work for a few years, but it eventually gave way and the floor started tearing in several spots.

“It looked bad, and I would trip over it,” Nelson said.

Again, she called the builder but this time they weren’t as quick to respond. Nelson said calls would often go unreturned.

“They were giving me the run-a-round,” she said.

Every day the floor kept getting worse and new rips were showing up in different spots. The home that was once perfect was now falling apart, at least the floor was.

“I needed some help,” Nelson said.

Frustrated and not getting any resolution with the builder she reached out to News 2 for some assistance. WFMY called the builder and a spokesperson told us it would investigate the situation.

A couple of days later we received an email from the builder; “Thank you for bringing this matter to our attention. Our company policy requires we respond to media inquiries in writing. If you're amenable, please send us your specific questions, the name of the homeowner, if possible, and any additional information you can share including your deadline, and we will review with our local team.”

A couple of weeks after that meeting Nelson received a call from one of the contractors.

“He spoke with his supervisor and told him what was going on, the only thing the supervisor told him was get it done,” she said.

An install crew was at the home a short time later putting in new wood floors to replace the vinyl floors.

“I really appreciate your legwork, your calls and your time, all you did in my favor, thank you,” Nelson said.

The new hardwood floors make the home look better than the day she bought the home. She calls it a dream outcome for her dream home.