The line was long, but those waiting said the payoff was worth it, except for those that never got their cash card. 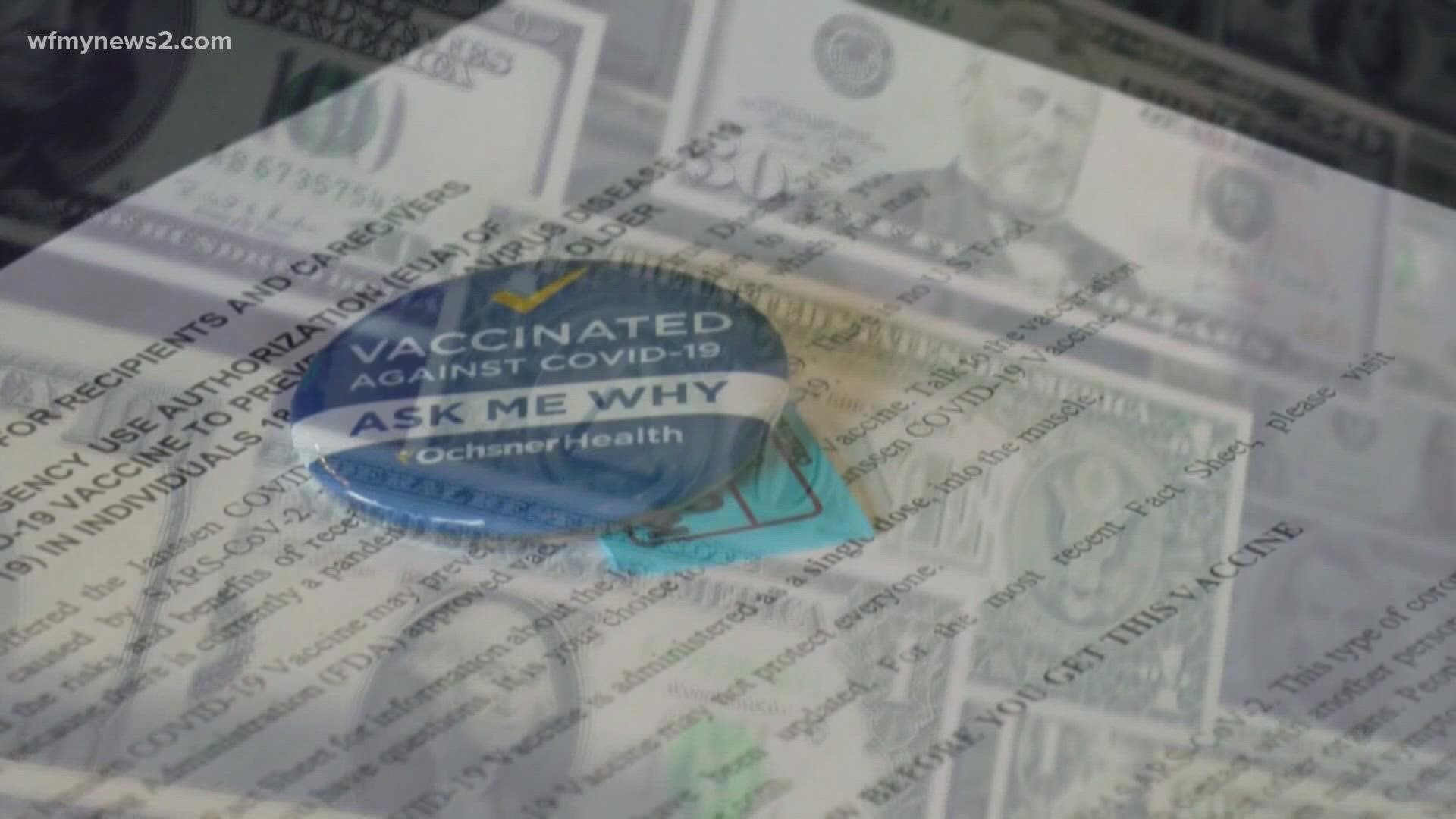 GREENSBORO, N.C. — North Carolina is making a massive push to get people vaccinated from COVID-19. The state is literally putting its money where its mouth is by spending big dollars promoting the importance of getting vaccinated, but also paying people to do so.

Harvey Knowles served eight years in the Army, but he had not been vaccinated as of August 1 of this year. The FedEx employee also works at a homeless shelter on the weekends. Knowles watched as cases started to climb this summer, and decided to get vaccinated.

“I just kind of said, you know what, I might as well just protect myself and those around me, so I just decided to get it, and they were offering $100, so it was a no-brainer,” Knowles said.

On August 11, Knowles went to get the vaccine at a local church. He checked with the Guilford County Health Department before going to make sure it was one of the sights offering a cash card.

“Midway through (the process) a lady came out from inside and said they had an announcement, they ran out of physical cards,” Knowles said.

He is not alone as hundreds, maybe thousands of people are still waiting to receive their $100 cash card. One of those people is Kelvin Linares-Gomez.

“A coworker told me they were handing out a $100 gift card for getting the vaccine in Greensboro at certain locations, so I thought I might as well just go ahead and get it,” Linares-Gomez said.

While in line to get the vaccine, he was told the location ran out of cards and they would be sending people digital cards. He said an EMT told him he should get the email in about a week. As of Tuesday night, it has been 11 days since he received the vaccine.

“I don’t feel confident about this, what if (the digital card) gets lost in my spam folder,” Linares-Gomez said.

News 2 contacted both the Guilford County Health Department and the NC Department of Health and Human Services. Both agencies assured us that people who should be receiving a cash card or digital card will get them before their second dose.

The summer cash card program runs till the end of the month, but you must go to select locations to get the $100 card.