Ed Hollingsworth said his heart stopped twice and quick action by EMTs at the scene helped save his life. 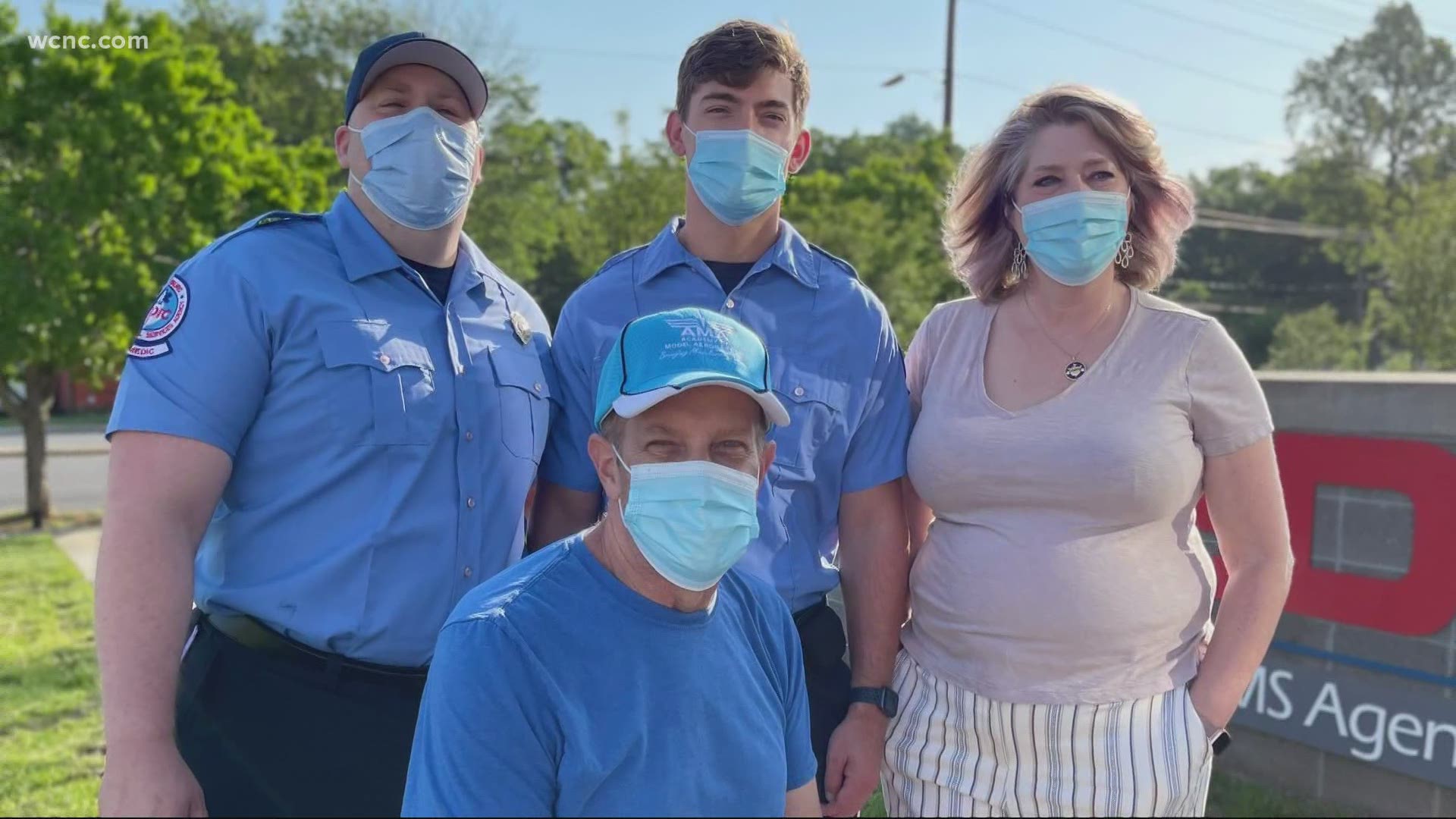 CHARLOTTE, N.C. — A trip to Bank of America Stadium to get the second dose of the COVID-19 vaccine became a different kind of lifesaving event for one man who found himself in cardiac arrest while enroute to the clinic.

“Someone saw me collapse and went and notified somebody,” Ed Hollingsworth said Friday recalling the April 1 event. “Paramedics shocked me multiple times and had to get my heart started twice.”

Paramedics from Medic, the Mecklenburg Emergency Medical Services Agency, rushed Hollingsworth to the hospital, where he was placed into a medically induced coma for two days. He remained in the hospital for nearly a week.

Hollingsworth, who had previously received his first coronavirus vaccine and was returning to the uptown Charlotte vaccine site for his second, collapsed before receiving his second shot that day.

He now has a stent placed in his heart to help with his recovery.

“I was lucky that they got to me almost instantly. I didn’t have any long-term problems,” Hollingsworth said.

“One of the medical professionals in the hospital told him it just wasn’t your time,” wife Scarlett Hollingsworth said.

The couple credits the life-saving efforts of the paramedics who responded with the all-important CPR that was needed. Weeks later, Hollingsworth finally got a chance to meet and thank the men who helped save him.

“I was grateful to be able to meet them and hear their story about what they saw and what they did to me," Hollingsworth said. "That’s something most people don’t get an opportunity to do."