Parents of Mount Tabor High School students said sending their children back to class Tuesday was stressful, but they were thankful for the community support. 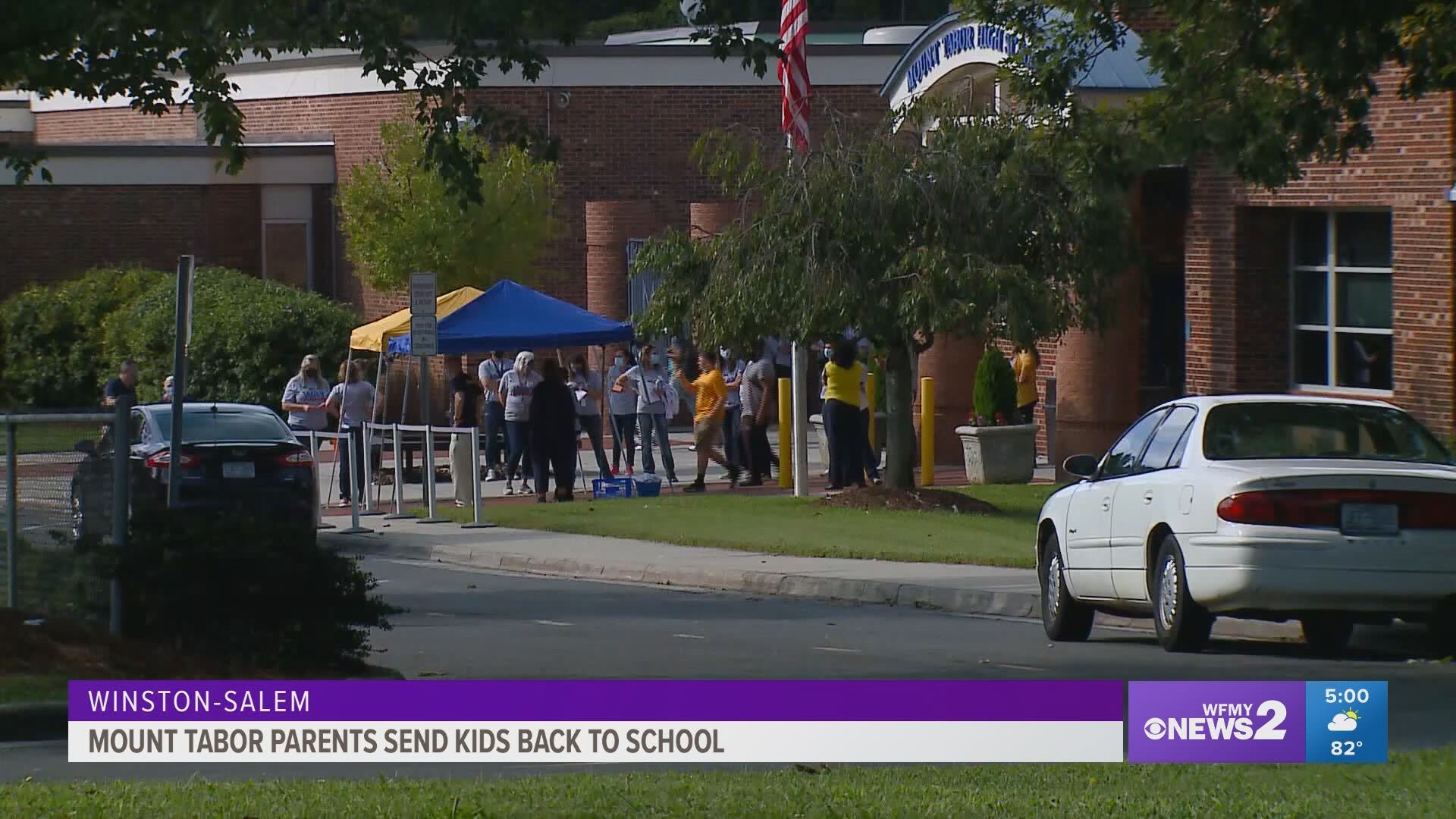 WINSTON-SALEM, N.C. — Students were back in the classroom at Mount Tabor High School Tuesday, nearly one week after a shooting left one student dead. But before students entered the school doors, nervous parents sent them off from home, still processing the events of the week before.

“It was very stressful,” said Dottie Shepard, a parent at Mount Tabor High School. “I know that it’s time for us to kind of move forward, but it was just hard just knowing that we were sending kids back to the school where something very traumatic happened.”

The Sept. 1 shooting left student William Miller Jr. dead. Police arrested the suspect later that day and they have yet to be identified. Parents said while this event has shaken up the community, the support has been overwhelming. Signs decorated the outside of the high school campus, welcoming students back Tuesday.

Marybeth Barrett, the parent of a senior at the school said parents have put up their own Mount Tabor signs on their lawns to support the school community.

Shepard said the support for the school community will need to continue past just this week.

"Our kids are going to need us more in a month or six weeks and so, it’s very important for us as a community to keep that on the forefront,” Shepard said. “Not that we’re dwelling on it. But when people are around, it makes things easier.”

Students have been out of school since the day after the shooting. Barrett said she used that time to talk with her son.

“We’ve had conservations all weekend long,” she said. “It’s okay to be scared, it’s normal to be scared. I put a note in his lunch box that said ‘I love you. Be extra kind to your teachers today'.”

Shepard said it was a moment for her daughter to spend time with her peers.

“We tried not to dwell on it too much,” Shepard said. “We just stayed really busy. She stayed really busy, spent a lot of time with her friends. She didn’t want to get out and about on Thursday and when she did get out, trying to act normal and being around friends was more comforting to her than anything else.”

But now the question for mothers like Barrett, is what to do next?

“So I emailed (the Forsyth County Sheriff) and am like, where do we go? You have all these Spartan soldiers, these parents are ready to do something to protect their kids like where do we go? Who can we support? What do we do? We don’t necessarily need to start something new but what do we do to get behind it,” asked Barrett.

She said she wants people to know that Mount Tabor is a safe school and that the school community is doing everything they can to protect students.

“I’m not going to say this is a fluke accident, this obviously an issue in American right now and it needs to stop,” Barrett said. “But Tabor is a safe school and it’s a school that supports their kids and thinks of their kids and (is) constantly moving forward and looking forward.”