Parents speak out against firing of Rockingham County Schools superintendent

The school board fired Dr. Rodney Shotwell in December without explanation. Several groups have come out in support of him, demanding an explanation from the board. 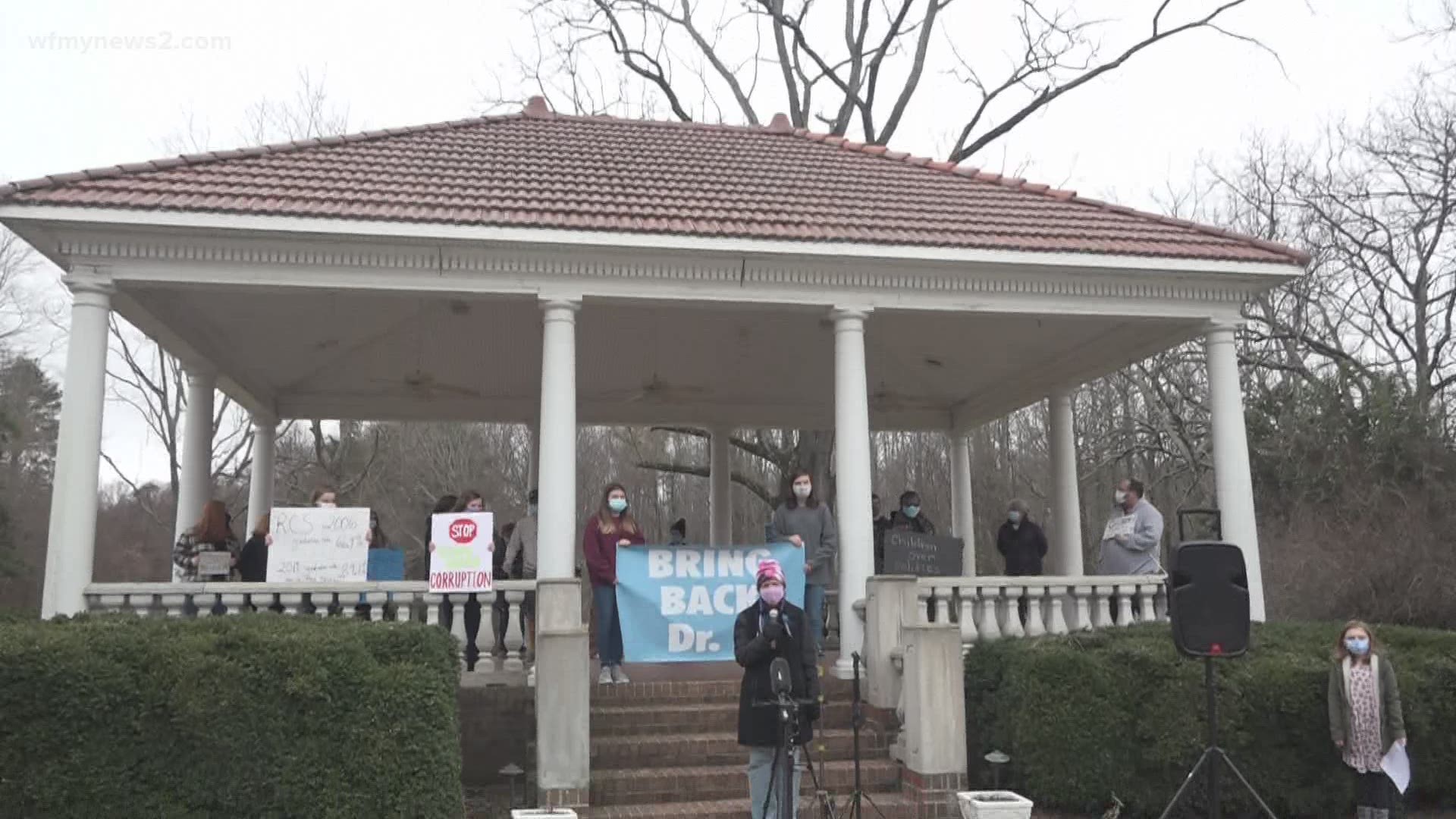 REIDSVILLE, N.C. — Parents, educators, and students in opposition to the firing of Rockingham County Superintendent Dr. Rodney Shotwell spoke out Monday during a press conference.

The grassroots group known as "Supporting Dr. Shotwell" spoke at Reidsville High School at 1 p.m. and read open letters from parents and teachers in support of Dr. Shotwell.

Shotwell, a registered Republican, was fired from the Republican-led school board in December without explanation.

During Monday's press conference, Rockingham County Democratic Party members called out the four board members who voted to fire Shotwell and criticized the decision to terminate his contract in the midst of a pandemic.

Last month, the NAACP Reidsville chapter called on the school board to give an explanation for the firing and reinstate Shotwell, saying he's helped the graduation rate for disadvantaged students.

Shotwell has been the district's superintendent for 15 years. He was North Carolina's Superintendent of the Year in 2015.

WFMY News 2 has reached out to all school board members. None of them have given their reason for firing Shotwell.