‘How safe do we want our schools?’: Sheriff Bobby Kimbrough looking for resources after incident near Parkland High

Parkland High School was placed on lockdown after school was dismissed as a precaution. 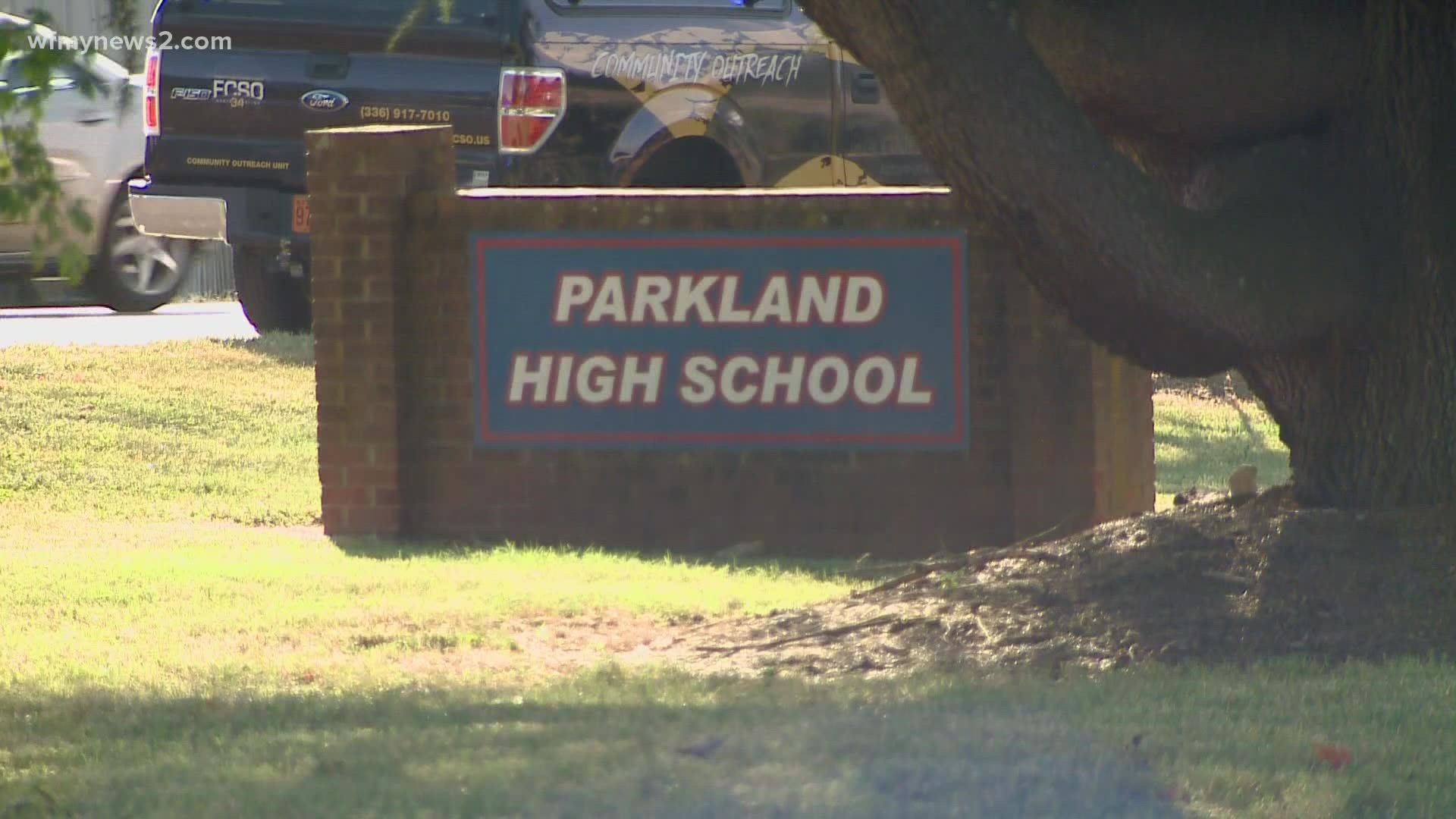 WINSTON-SALEM, N.C. — A lockdown at Parkland High School Friday afternoon has since been lifted after a shots fired call near the school, according to officials.

The Forsyth County Sheriff’s Office and Winston-Salem Police Department are investigating after shots were reported following a call at 4 p.m.

The sheriff’s office said no one was injured as of 4:45 p.m. Friday.

According to Winston-Salem police, as police were on their way to respond to a fight in progress, another call came in about a possible shooting at Parkland Park.

"At this time, officers are unable to determine if the fight involved students. No injuries have been reported," Winston-Salem police said. "One vehicle was damaged by gunfire. Since the incident happened during school dismissal, Parkland High School was placed on lockdown."

According to Forsyth County Sheriff Bobby Kimbrough, a person fired several rounds and started shooting at kids outside the school.

Officials said shots were fired in the direction of Parkland High School from the tree line as students were leaving the building Friday. School resource officers (SROs) and school administration immediately returned kids to safety inside the building, according to deputies.

Kimbrough said a whole team of investigators are around the area and there is no word if the person is connected to Parkland.

Investigators said detectives lost the suspect on foot. Sheriff deputies said there is no harm to the general public as of 5 p.m. Friday, but the suspect is still at large.

According to investigators, the K9 unit is holding a track for the suspect along with help from investigators and multiple officers.

A spokesperson with Winston-Salem/Forsyth County Schools confirmed gunshots could be heard in the area.

“Please be advised that Parkland High School is no longer on Community Lockdown. We have no reports of an incident on the campus of Parkland High School. All students and staff on our campus are safe,” a Forsyth County Schools spokesperson said in an email. “Those students who were in the process of dismissing from campus when the lockdown was called can now leave. The buses that were stopped from leaving campus as a result of the lockdown are moving again.”

We responded to a report of shots fired near Parkland High School. There are no confirmed reports of injuries at this time.   

Officials said there was a shooting in the area and not on the campus.

“How safe do we want our schools to be at some point, I need resources to make sure schools are safe for students,” Kimbrough said. “The community needs to know that the sheriff’s office will do everything possible to keep kids safe and will find the person responsible for this incident. We continue to work 24/7 to keep our community safe."

“At this time, we have no information to suggest this event involved anyone on our campus. What it does suggest is further proof that months of violence in our community neighborhoods, and on our streets must be addressed," Superintendent Tricia McManus said. "A horrific incident on the Mount Tabor campus, a fight at Parkland, both appear to be related to conflicts that did not start at school. Rest assured I am working with our district teams and school principals to keep our campuses as safe as possible."

McManus said she is talking with law enforcement partners daily as they work with the school system.

"We must all come together to examine strategies for how to protect our students and teach our teens positive behaviors inside and outside of school," she said.

Deputies said students were reunited with loved ones.

On Monday, Parkland High School was placed on lockdown due to a student disturbance and a student was found with a gun earlier this month. Some students who spoke with News 2 said the recent incidents have made them scared to come to school.

“It’s taking away from my education," Parkand High student Joanhe Richardson said. "I can’t learn if I’m not at school and I don’t want to be at school if I have to worry about stuff like that.”

Richardson said she isn't going to school right now and her mom is thinking of transferring her.

"I don’t really want to (switch schools)," she said. "I mean I like Parkland but they have a lot going on."

Alumni of the school said things have changed since they were students.

"(It) was nothing like this," Brianna Carpenter said, who graduated from Parkland in 2017, "It's scary because I have two younger sisters that go there and my mom works there in the cafeteria and it's scary knowing that they’re there and I’m not there to get them."

Zoria McLean graduated from Parkland in 2020.

“I tell my little cousin every day like 'I hope you’re okay'," McLean said. "'Text me if anything’s wrong', 'I’m going to be there in a heartbeat,' because I don’t play with her.” 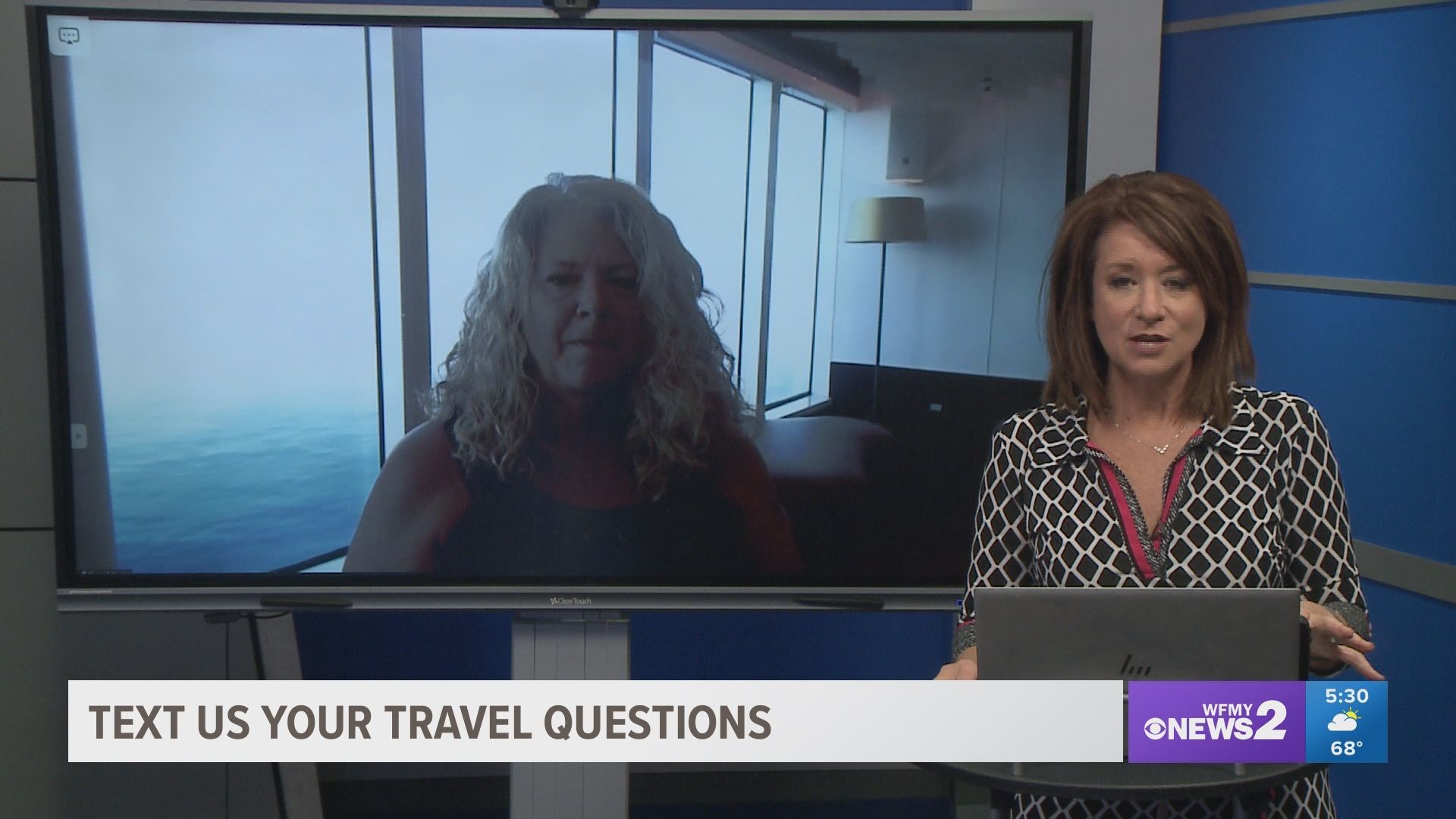 Cruising during a pandemic: What you need to know before setting sail | Part 1