The mural was led by artist Rasheeda Shankle and project leaders Kelly Creacy-Durham and Jason Keith. 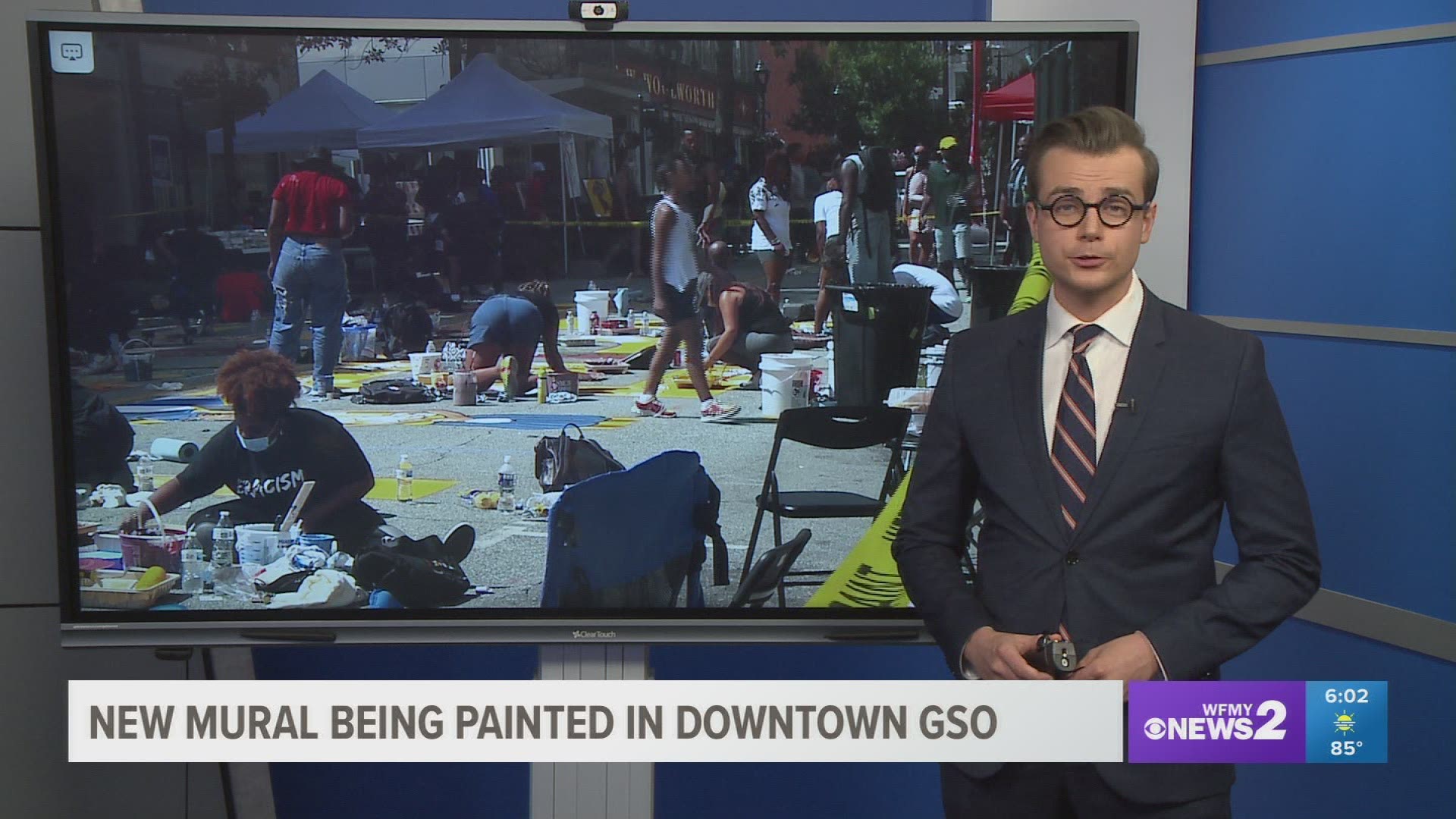 GREENSBORO, N.C. — Parts of Elm Street and February One Place were closed Friday and will remain closed until Monday morning for a new Black Lives Matter mural in Downtown Greensboro.

“The community has come out to see artists express their feelings about racial injustice through art. Elm Street is closed at the intersection of February One Place to Washington Street to paint Black Lives Matter on the road,” WFMY’s Itinease McMiller tweeted Saturday evening.

Once complete, the mural will read "Black Lives Matter" and will be installed on Elm Street between February One Place and Washington Street.

The mural was led by artist Rasheeda Shankle and project leaders Kelly Creacy-Durham and Jason Keith.

L'Oreal to remove words like 'whitening' from skin products after protests, criticism