Graham Police said Matthew Edwards was arrested for resist/delay/obstruct and failure to disperse in Graham. 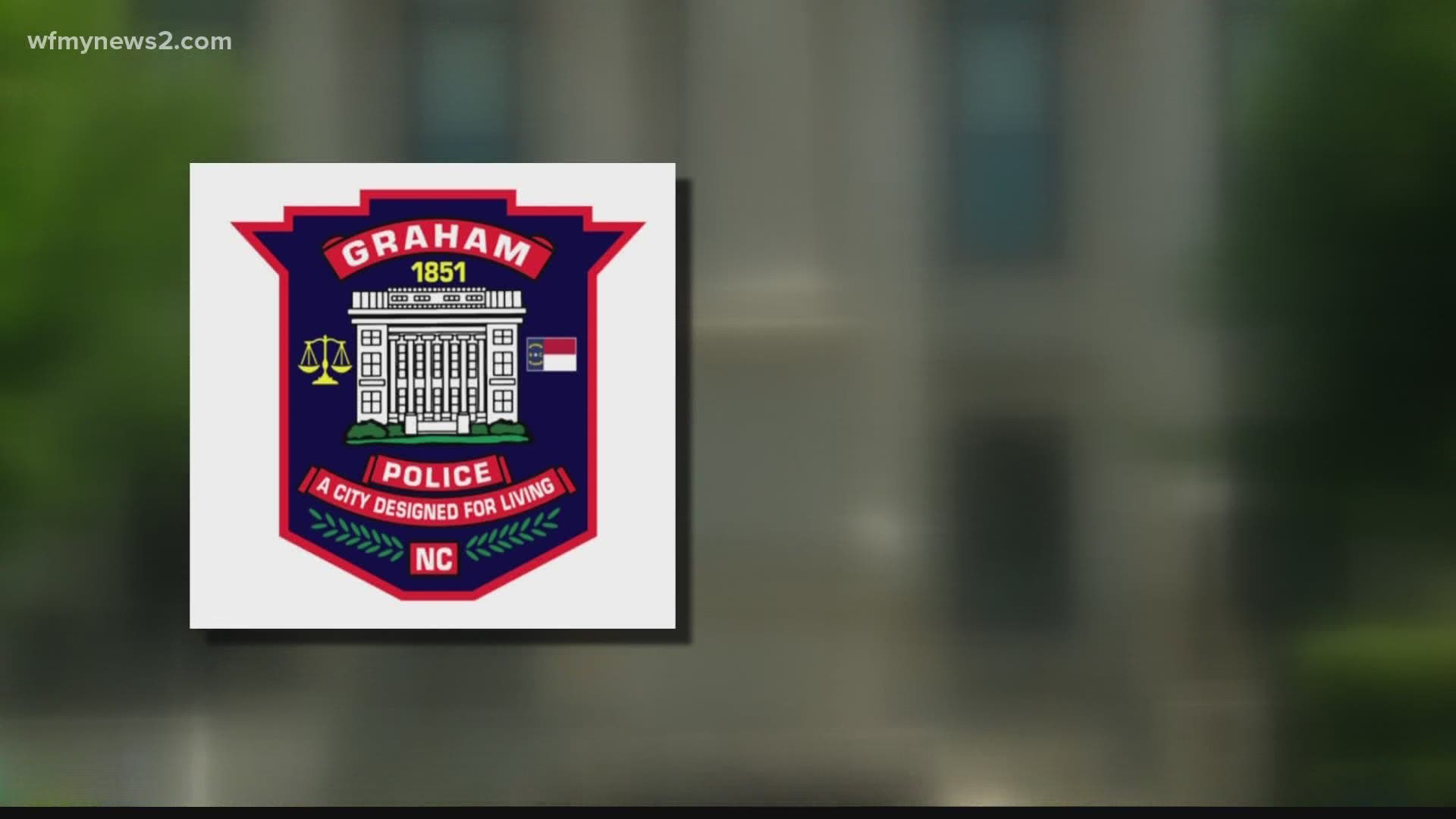 GRAHAM, N.C. — Graham Police have confirmed that one person has been arrested for Resist Delay obstruct and failure to disperse in Graham Saturday afternoon.

This comes after the Graham Police Department had been receiving viable intelligence about a large group of people demonstrating at the historic courthouse located at court square.

Update: Graham police have identified the man arrested. During the event Matthew Broderick Edwards, 27, of Burlington, North Carolina was arrested and charged with resist/delay/obstructing a public officer.

According to the Graham Police Department, a peaceful protest was planned for June 27,  but a permit was denied. Edwards was holding a sign when officers informed him he was not permitted to protest, Graham police said. Edwards refused to leave and became confrontational, officers said, leading to his arrest.

Police say the coordinators of that event had since canceled their planned event.

However, the department stated they found that another group of people were planning to come that were unrelated to the original group. Intel police said they got showed that the group had been involved with other protests in the state that had turned violent.

"In response to this potential threat we upstaffed to prepare for the large crowd and requested mutual aid from multiple agencies.  The mayor also amended the current state of emergency to include a temporary suspension of the issuance of parade and demonstration permits due to the clear and imminent threat to public safety," a statement from Graham Police stated via a release.