Several neighborhood associations support the petition calling for the Charlotte Department of Transportation to make improvements to sidewalks along The Plaza. 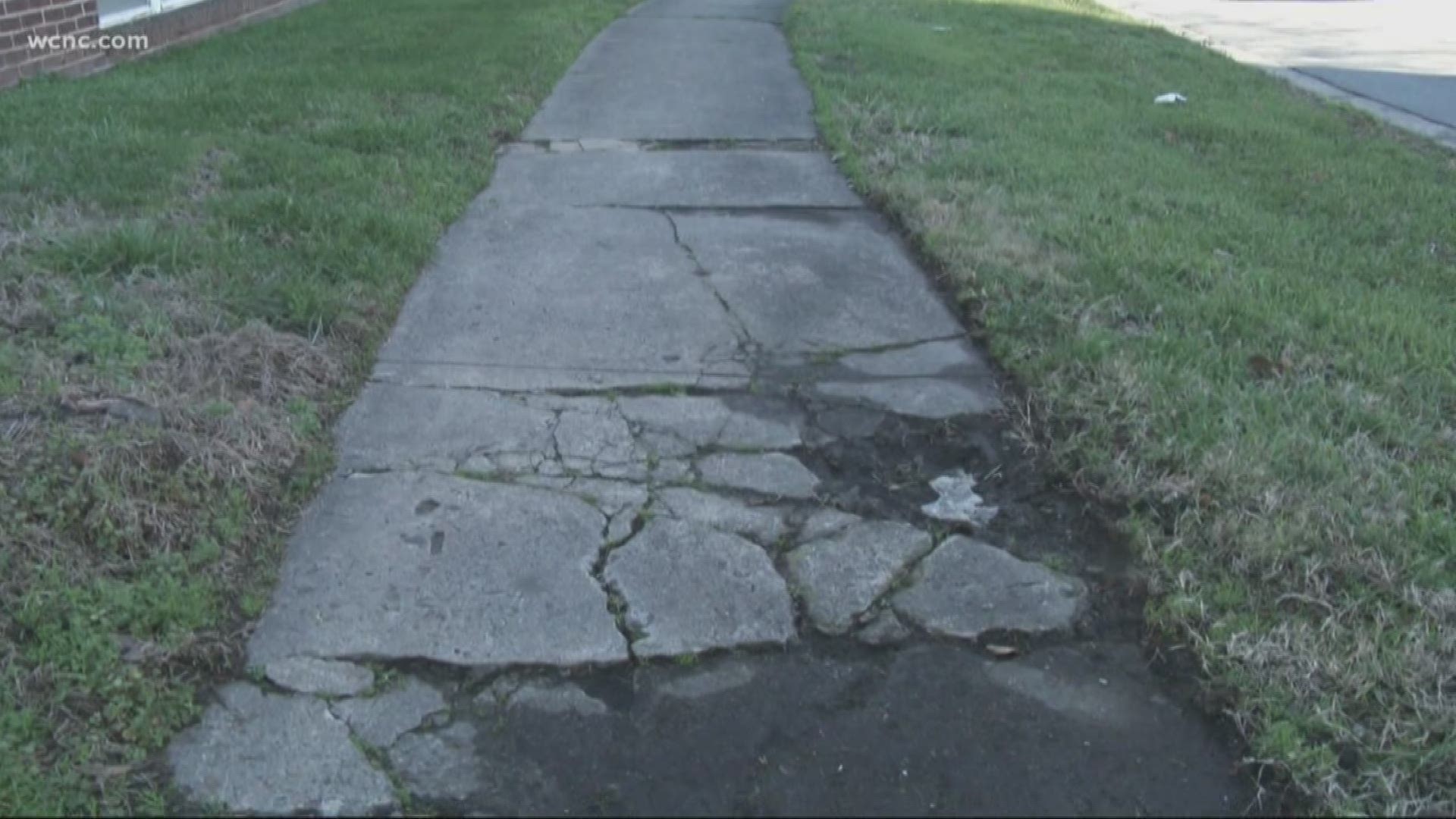 CHARLOTTE, N.C. — A petition circulating around Plaza Midwood calls for major improvements to sidewalks in the area along The Plaza, between Parkwood and Anderson.

The effort comes after the NBC Charlotte Defenders team revealed hundreds of sidewalk complaints around the city.

NBC Charlotte even talked to one woman previously who said she was rushed to the hospital after tripping and falling on a cracked sidewalk.

In response to the latest effort, the city has repaired some of the sidewalks in the Plaza Midwood area, but NBC Charlotte found others in bad shape.

Some people say they don’t even want to walk in the area.

“I hear all the time about close calls,” said Renee Bradley, an organizer of the petition.

Bradley says some residents would prefer to walk to the local businesses near their homes, but they don’t.

“They're scared to, it's very dangerous," Bradley said. "So they end up having to drive to places that are within a mile of their house."

Several neighborhood associations support the petition, which calls for the Charlotte Department of Transportation to make major improvements to sidewalks along The Plaza.

“The concrete is in disrepair, but there's also literally like three-foot space for a pedestrian to walk," Bradley said. "You're right next to the vehicles speeding by."

NBC Charlotte uncovered 300 pages of sidewalk complaints to the city just since 2017. In some cases, people have been serious injured.

"I just went straight on my nose and it broke," Sarah Henderson previously told NBC Charlotte. "I heard it break."

Henderson said she was rushed to the hospital, after tripping on an uneven sidewalk across from BB&T Ballpark in 2018.

"I am petrified of falling now," Henderson said. "I do make sure I watch every step I take."

In response to the petition in the Plaza Midwood area, CDOT said some of the requested sidewalk repairs are already in progress. However, others will require a more significant amount of time, CDOT said.

“Once they saw the petition had 900 signatures, they did meet with us and we have started a conversation,” Bradley said.

The city went on to say they are “committed to improving pedestrian safety and comfort and to being good stewards of limited sidewalk funding”.

City Councilman Tariq Bokhari says he’d like the city to pay more attention to the basics.

“You get a lot of headlines about pro sports teams, huge light rails, it's really about the basics -- sidewalks,” Councilman Bokhari said.

Bradley says she will continue the conversations with the city, but at this point, there is no timeline about future improvements.

“If we don't start making improvements right now and put people as a priority over the cars, it's only going to get worse and worse as we grow,” Bradley said.