Pilot walks away without a scratch after plane crash in Stokes County: NCSHP

Trooper Mastromonica, with the North Carolina State High Patrol, said the crash happened around 4:30 p.m. in the area of Hwy 66 at Payne Road. 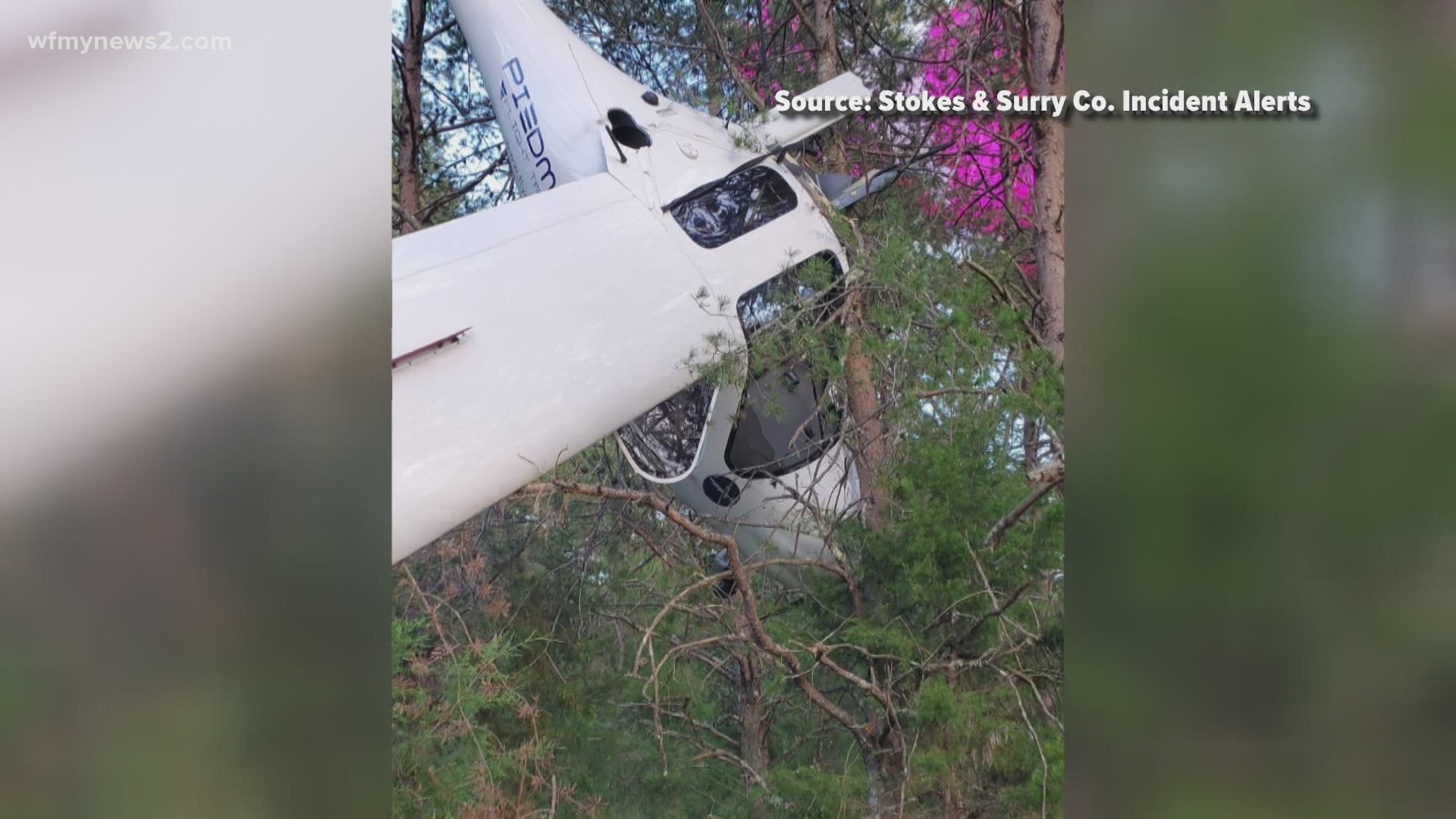 STOKES COUNTY, N.C. — A pilot is safe and didn't even have a scratch on him following a plane crash in Stokes County Thursday according to NCSHP Trooper Mastromonica.

Mastromonica said the crash happened around 4:30 p.m. in the area of Hwy 66 at Payne Road in Stokes County and the pilot was the only one on board.

According to Mastromonica, the plane crashed into trees and had a parachute attached to it that the pilot deployed when there were signs of trouble.