Pirate Fest to lay siege to East Tennessee this October 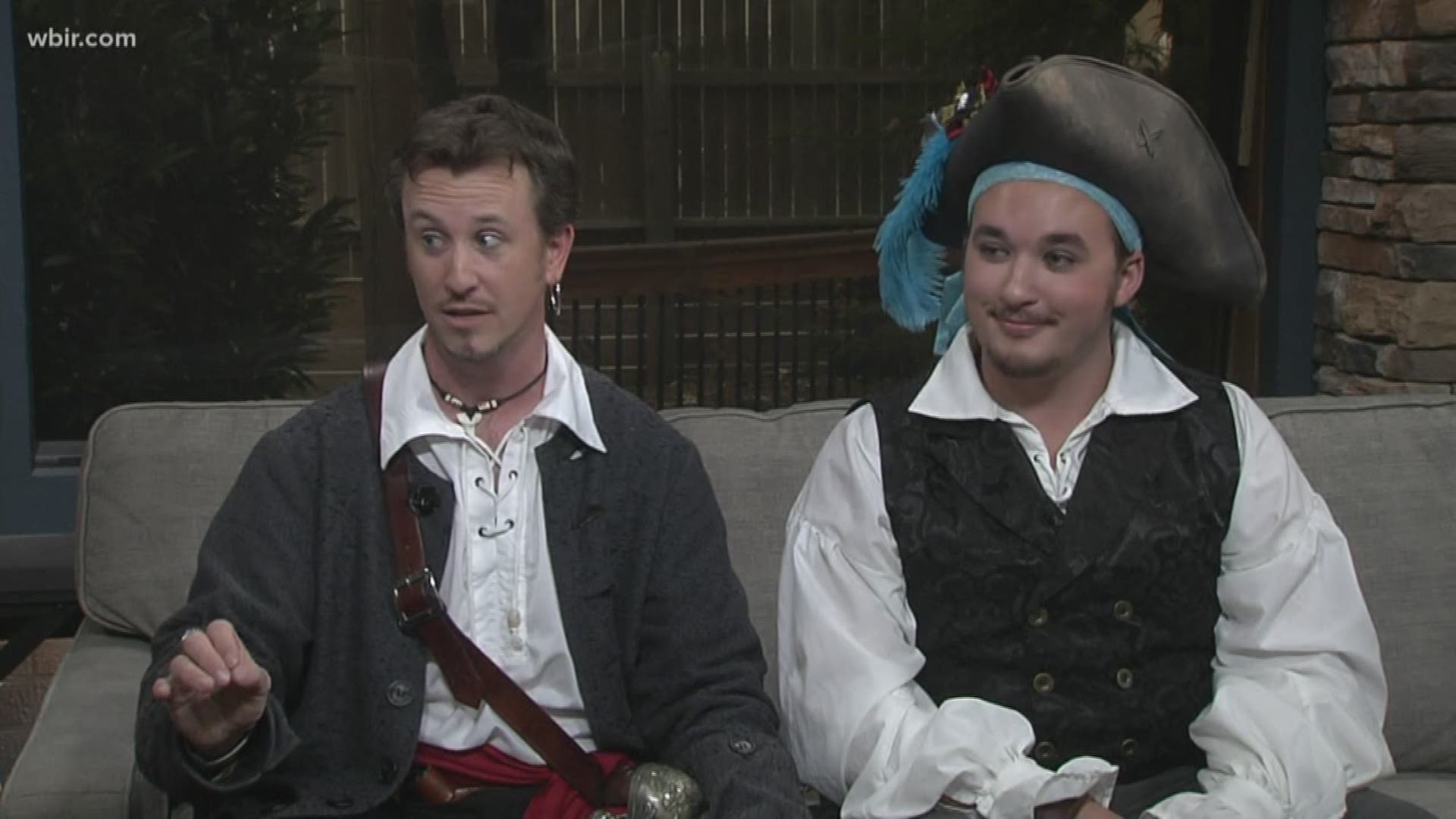 HARRIMAN, Tenn. — Pirates arrrrr on their way to East Tennessee!

No, they're not sailing on the Tennessee River (that was the Niña and Pinta) -- they're setting up shop in Harriman, Tennessee with games, contests and vendors.

The fourth annual Tennessee Pirate Fest will lay siege to the Tennessee Medieval Faire site this October -- 30 miles west of Turkey Creek. The interactive outdoor festival will be open rain, shine, or high seas on Oct. 12, 13, 19 and 20.

Characters will be based on "Pirates of the Caribbean" and "Captain Blood," two classic pirate movies. The weekends will include live music, comedy and dance shows.

Several musicians and groups will perform Celtic and Caribbean music: Tom Mason and the Blue Buccaneers, Thunder and Spice, The CrossJacks, PanEZ Steelband, Black Mash Hollow, and Timothy Russell. Comedy and dance acts include The Tortuga Twins, Einstein Simplified, and Misfit Gypsies. The entertainers will rotate on several stages throughout the weekends, and schedules will be available online and at the door.

Festival organizers said they encourage guests to dress in costume and enter the Costume Contest. Guests can join a pirate crew in the Pirate Gong Show. Other activities include Pirate School, the Governor’s Variety Show, Combat Croquet, a mid-day parade and several kids' entertainment shows.

Tickets are $16 for ages 13 and up, $8 for ages 5 to 12; and free for ages 4 and under. You can buy tickets on festival days at festival grounds for cash or credit.