More than 200 people demonstrated in Pittsboro this weekend. 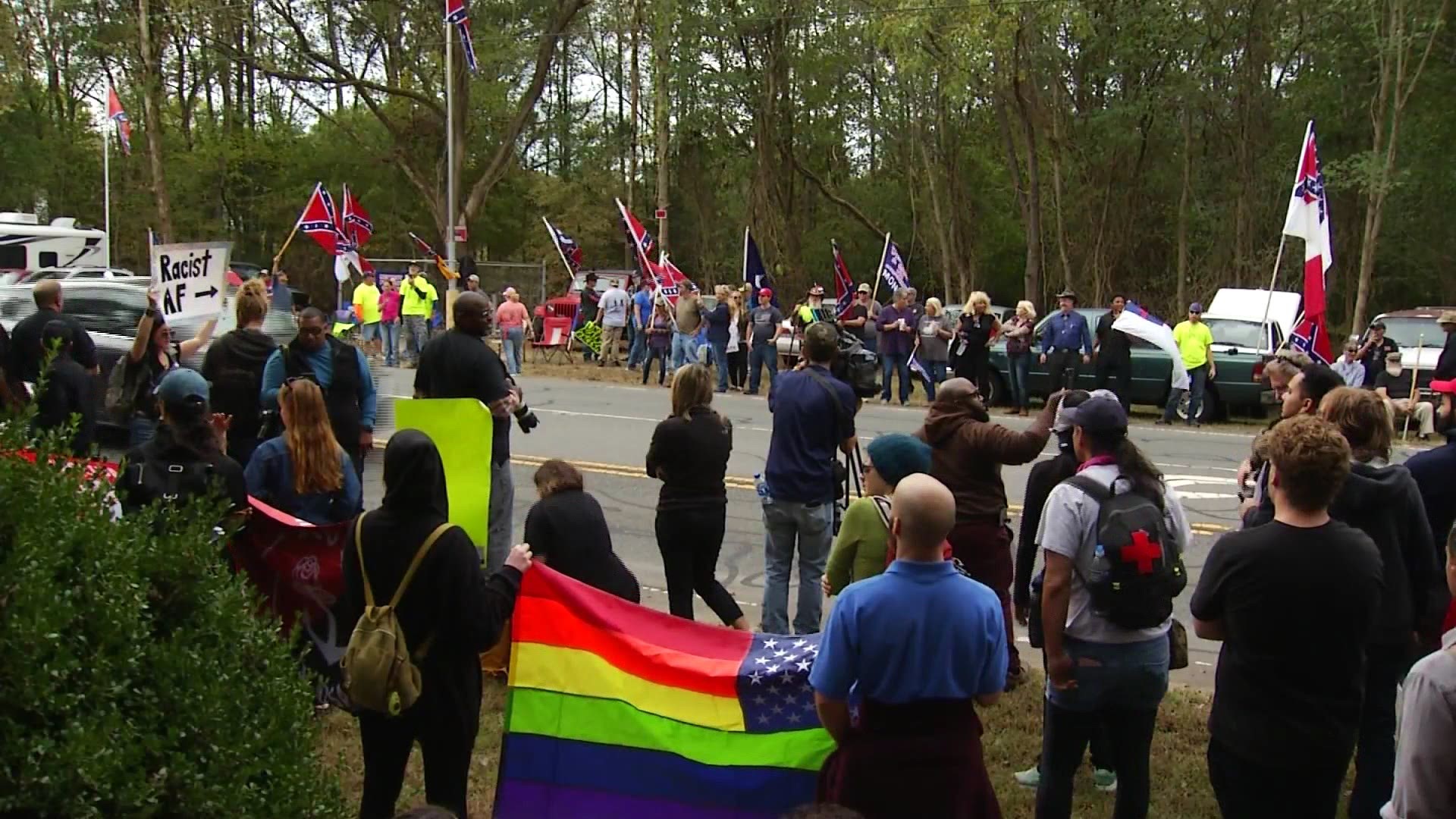 PITTSBORO, N.C. — Police had to break up protestors clashing with each other over a Confederate memorial outside the historic Pittsboro courthouse.

More than 200 people showed up Saturday from several groups including Democratic Socialists of America, Hillsborough Progressives Taking Action, NC Raise Up, and CSA II: The New Confederate States Of America.

Pittsboro Police and the Chatham County Sheriff's Office were on scene and had to physically separate the protestors at times.

Over the past few weeks, multiple people have been arrested in protests over this monument, but police say no one was arrested this weekend.

According to WNCN, "The protests began following an August decision by the Chatham County Board of Commissioners to end a 1907 agreement allowing a Confederate monument to remain outside the historic courthouse in Pittsboro."