Thomasville Police say the woman reported her steering wheel locked up, causing her to crash, sending part of the pole crashing through her backseat window. 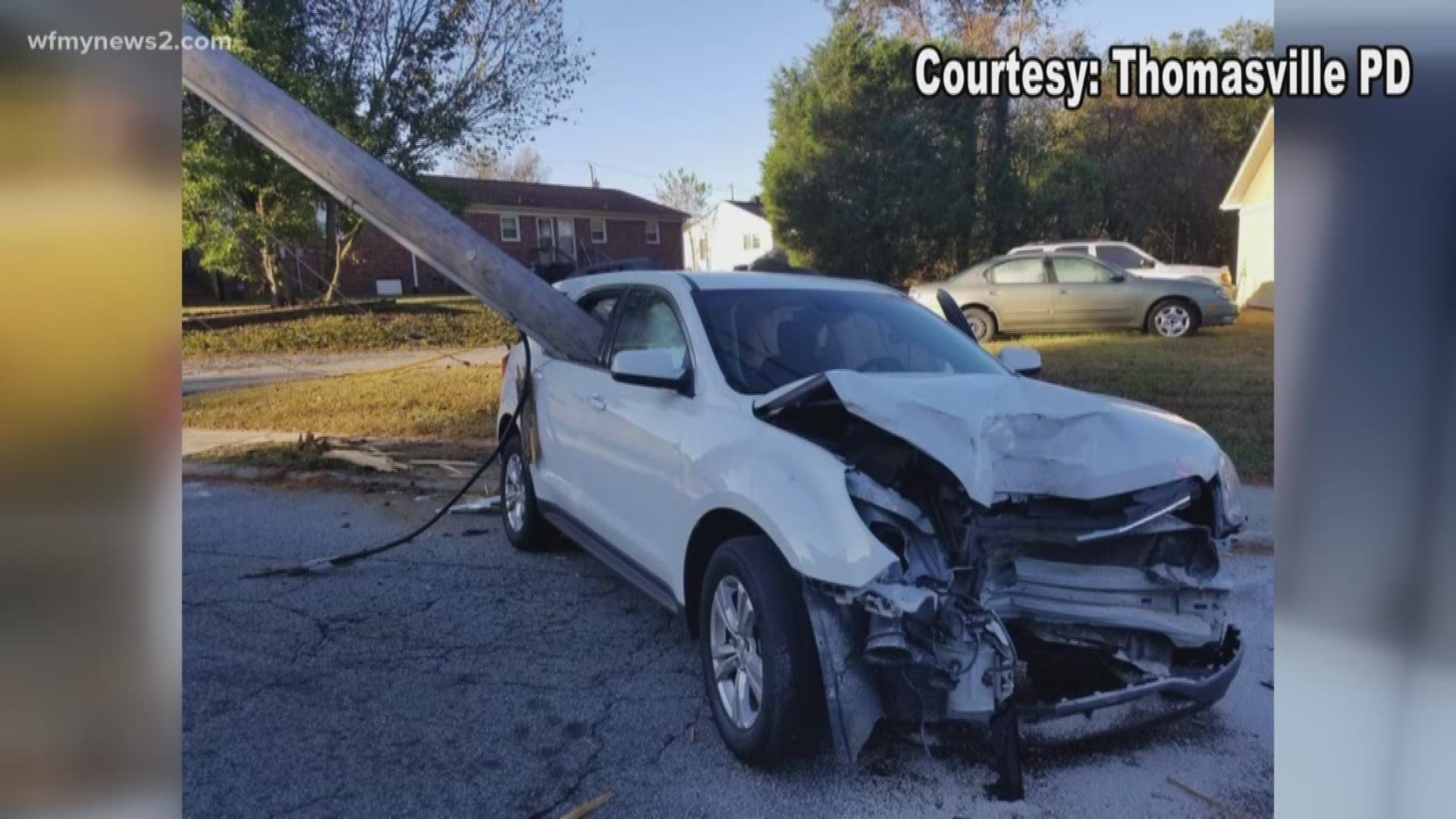 THOMASVILLE, N.C. — A woman is okay after Thomasville Police say a power pole skewered her car when she crashed Friday morning.

The single-car crash happened on Salem Street near Winston Street. Police say the woman had just dropped her child off at school. Police say the woman reported her steering wheel locked up, and she lost control of her car. She crashed into the pole, and somehow, part of the pole shattered through her backseat window.

Those who saw the crash told police the woman didn't appear to be on her phone. Nearby neighbors said they were amazed the crash did not turn out worse.

"If someone was in the back seat of the car, I don’t think they will be here today. It was a 'Thank You to Jesus' moment that no one was in the backseat," said Barbara Rice, a neighbor who took pictures as first responders assisted.

"I have never seen 'nothing' like that before. If you hit a pole it might cut into half and fall on top of your car but this one 'go' up and went in the back seat of the car," said Leo Gray Jr.

Police said the mom told them her daughter had been sitting in the spot where the pole lodged in the back seat.

Traffic investigators are trying to figure out how the accident happened.

1 / 4
Thomasville Police
Pole crashes into backseat window of car after parent dropped child off at school.