The streets are often littered with trash and debris. On some blocks, you'll find old couches or dressers while many have rusted chairs or broken box springs. 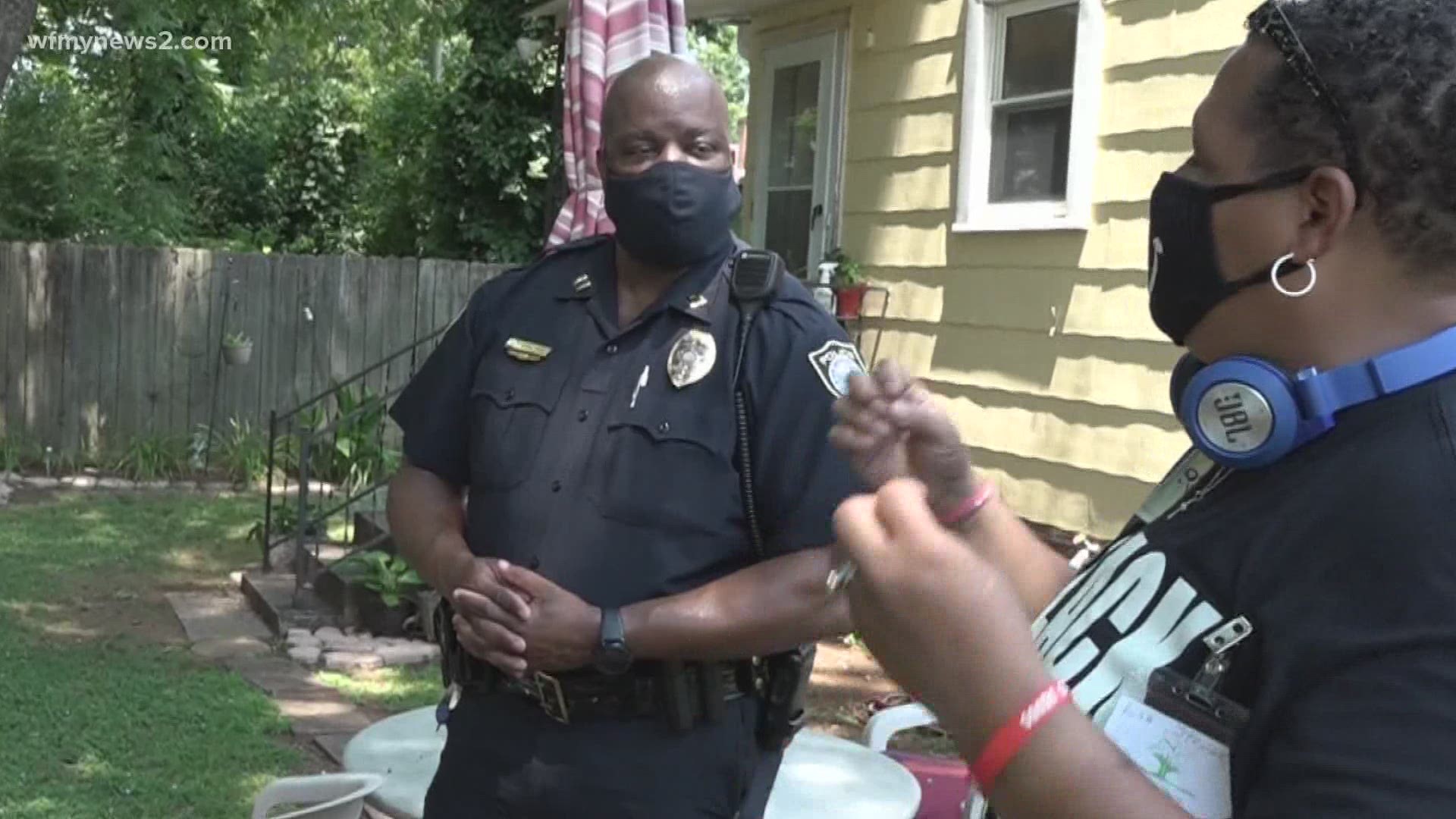 BURLINGTON, N.C. — Lydia Jones is not one to sit around. The long-time Burlington resident is extremely active in the community and often orchestrates food deliveries or other projects to help those in need.

“I want to help people and give back whenever I can,” Jones said.

On a recent Saturday, Jones took part in a community cleanup around her neighborhood, which she organized. More than 20 people spent the morning picking up trash, sweeping sidewalks and streets and trimming overgrown bushes when needed.

“It’s nice to do something and see an impact, that you’ve made a difference,” Derek Clark said.

A new member of the Morrow Town community in Burlington Clark has only lived in the area for about two years. When asked by Jones to help, he was more than willing.

“I think it’s cool and is a positive thing for Alamance County,” Clark said.

A couple of candidates running for an Alamance County Commission seat, including Dreama Caldwell, took part in the cleanup. She'll tell you the predominately Black community is often passed over when it comes to funding or revitalization dollars. Many people living in this part of Burlington are considered low-income.

“It’s a fulfillment to clean up your neighborhood and it’s also sad to see it’s in the condition it is,” Lisa Stewart said.

Crime has always been a problem in this part of Burlington. Jones dealt with it firsthand when her only child was shot and killed while sitting on her front porch.

“I want to turn this community around,” Jones said.

Part of that turnaround involves a partnership with residents and police. As tensions across the state and our country still simmer, officers in Burlington are more focused than ever to work with residents of all races.

The 13-year veteran said he is proud of how the Burlington Police Department has worked with citizens in the community during the past several years but does understand that this is a different time and we all need to reevaluate how we are doing things.

“Not that things are bad, but it has forced me to look back and say, ‘Maybe I could have done that better,’” Darden said.

Captain Todd Long is one of the highest-ranking Black police officers in the department. He said he believes most of the city support the officers and how they patrol and treat people.

“We want to be a representation of the community, that’s what they want from the police department. They want us to be here for them in their time of need,” Long said.

“We are taught as police officers to be unbiased in our decision making.”

Several officers, including Long, stopped by a cookout at Jones’ home following the cleanup this past weekend. The residents chatted with officers about issues and problems they deal with daily.

The cookout was also an opportunity to show people in the neighborhood they really do care and want to work together to make this community better.

“It says a lot that they took the time to stop by,” Clark said.

Hundreds march from Burlington to Graham for racial equality