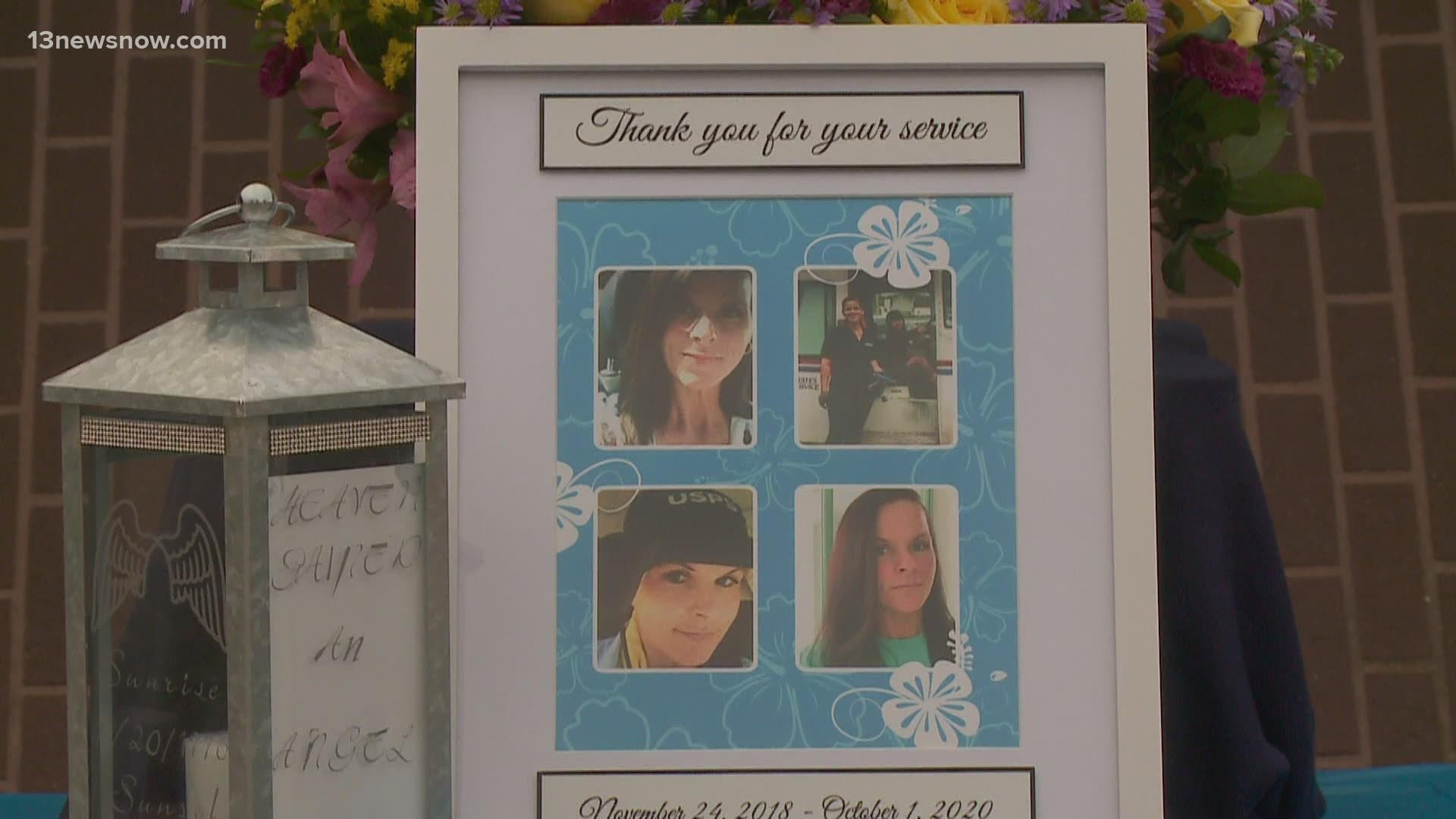 PORTSMOUTH, Va. — Dozens of post office workers are paying tribute to the postal worker who was killed in a hit-and-run.

Saturday morning, scores of mail trucks traveled down Airline Boulevard in a parade in her honor.

It’s a tragedy that community members say they won’t forget.

“It touched my heart because my son is a mail carrier," resident Muriel Clack said. "And one of my [church] members is a neighbor of her.”

Flowers, flags, and her hat line the street where 44-year-old postal worker Maggie White was hit by a car.

Dozens of White’s coworkers, friends, and neighbors drove down Airline Boulevard in a tribute to her.

Many who lived along her route, lined the streets.

“She was actually my carrier for a very short time," Adam Walsh said. "She was very nice and very sweet and I felt like this is what we need to do is come out here and support her - her and her family.”

White was hit by a car last week.

Neighbors say White was crossing the street to finish her route when someone hit her and drove off.

White died from her injuries, a day after she was hit.

Police are still looking for the driver.

RELATED: Postal worker dies after being hit by car in Portsmouth

“She was our mail carrier," Dawn Walsh said. "I’d met her a couple of times and it’s community support… What do we have left right now but the community.”

Adam Walsh added: “It’s a sad, sad deal. This is a sad event, it truly is. And I feel for her and her family.”

Police are looking to speak with the driver of a black Dodge Journey who flagged down an officer about the crash.

The United States Postal Inspection Service is offering a $50,000 reward to anyone who has information that could lead to an arrest.

Portsmouth residents have one message for whoever was behind the wheel: turn yourself in.

“I’m praying for you and God will forgive you," Clack said. "You need to give this family some peace.”