The manager of McKnight Hardware in Greensboro said their phone has been ringing off the hook with people trying to prepare as more ice makes its way to the Triad. 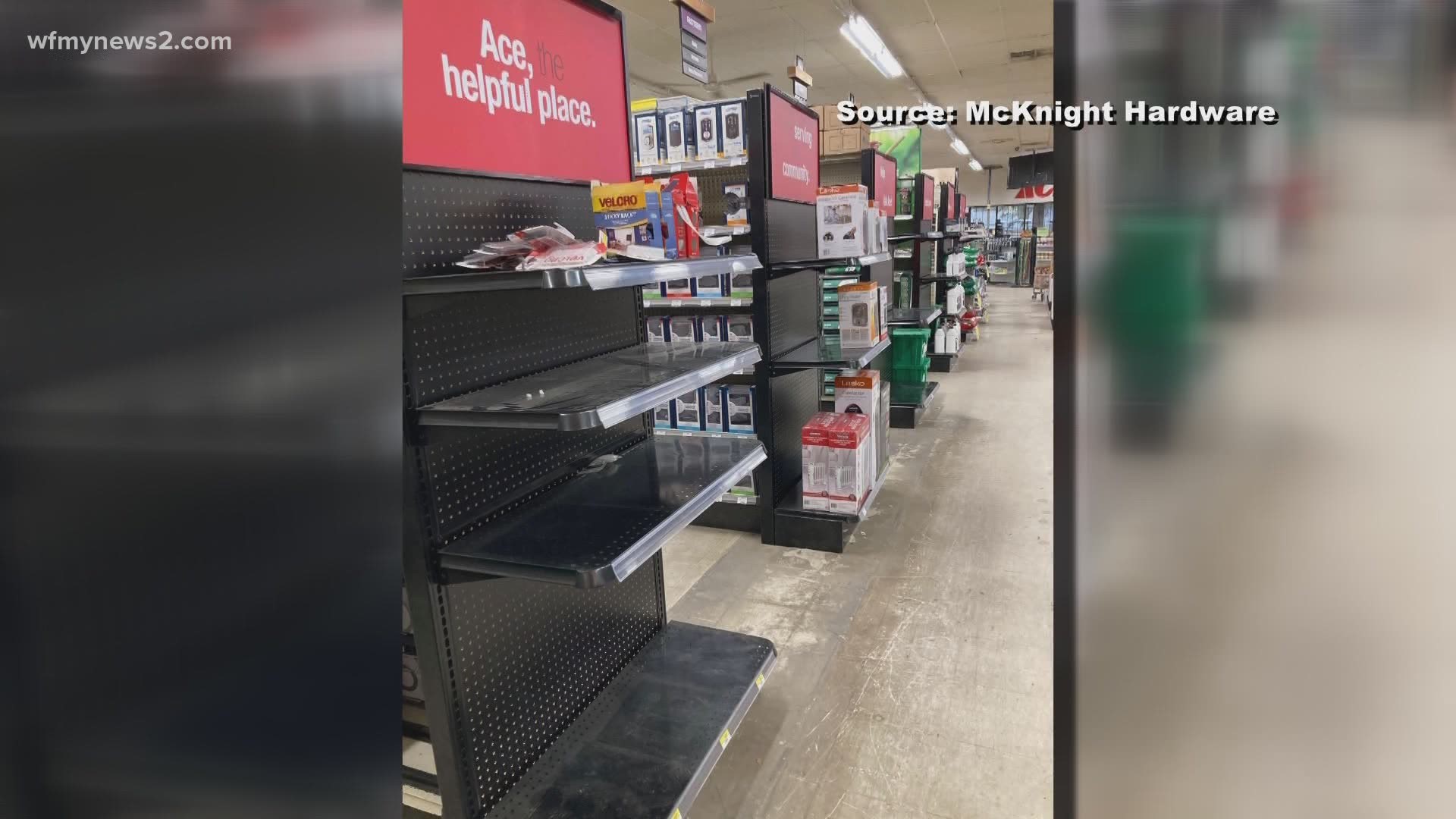 GREENSBORO, N.C. — Hardware stores in the Triad are keeping busy, coming off the heels of one ice storm and looking ahead to another.

With more ice on the way, generators and heaters are flying off the shelves at hardware stores in Greensboro.

"We’re just out of everything. We did get a limited supply of kerosene heaters on our truck today. They were gone in an hour," said McKnight Hardware manager Mark Armfield.

Armfield said heat-related supplies are what's in demand at the moment. They've seen less of a mad-dash for items like shovels.

RELATED: Another ice storm to hit the Triad on Thursday; "Prepare now"

"Already gone. Really having a tough time. The supply chain is really stressed right now. We're having a really hard time getting replacement items," said Armfield, "Our phone has rung off the hook, people checking, 'Have you got certain items.'" You’re just going to have to call around. The bigger box stores are probably going to get depleted first.

The big-name stores like Lowe's Home Improvement are getting inundated with calls, too.

Chris Hammack, the assistant manager at Lowe’s Home Improvement on Battleground Avenue in Greensboro, said a lot of people have come in looking for items to prepare for the storm.

"We do have what I would consider to be the basic snow and ice accessories, which would include scrapers, ice melt, shovels, we actually do have water believe it or not," said Hammack.

Hammack said the store is out of items in high demand, like heaters and wood.

"We do have fire pits but we don’t, unfortunately, have any wood to put in them," he said.

While generators are in high demand, Hammack said the store does have one specific model left, running at $800.

Hammack said they're not sure what will be in the next shipment to their store, but they do get trucks every night.

"The best thing to do is to call," said Hammack, "We're doing the best we can to answer those phones and answer those questions for everybody and give them up-to-date information about what we have available."

Armfield has the same advice.

"Check your smaller stores like us, local mom and pops. You may even have to call outside the area that’s affected to find something if you think you’re going to be without power," Armfield said.

Armfield stressed it's also important to make sure you're using equipment for its intended use.

"I really get concerned with people being safe with alternative forms of heat inside their home. Just make sure you’re safe with whatever you use it’s a safe device that you can use inside your home," he said.

If you have questions, ask a professional.