"That wasn't our intention, but we did it!" | President Trump retweets photo of Rockingham County man's yard

Rob Wilson said he was sitting at President Trump's rally in Winston-Salem when he found out the president shared a photo of his political yard sign. 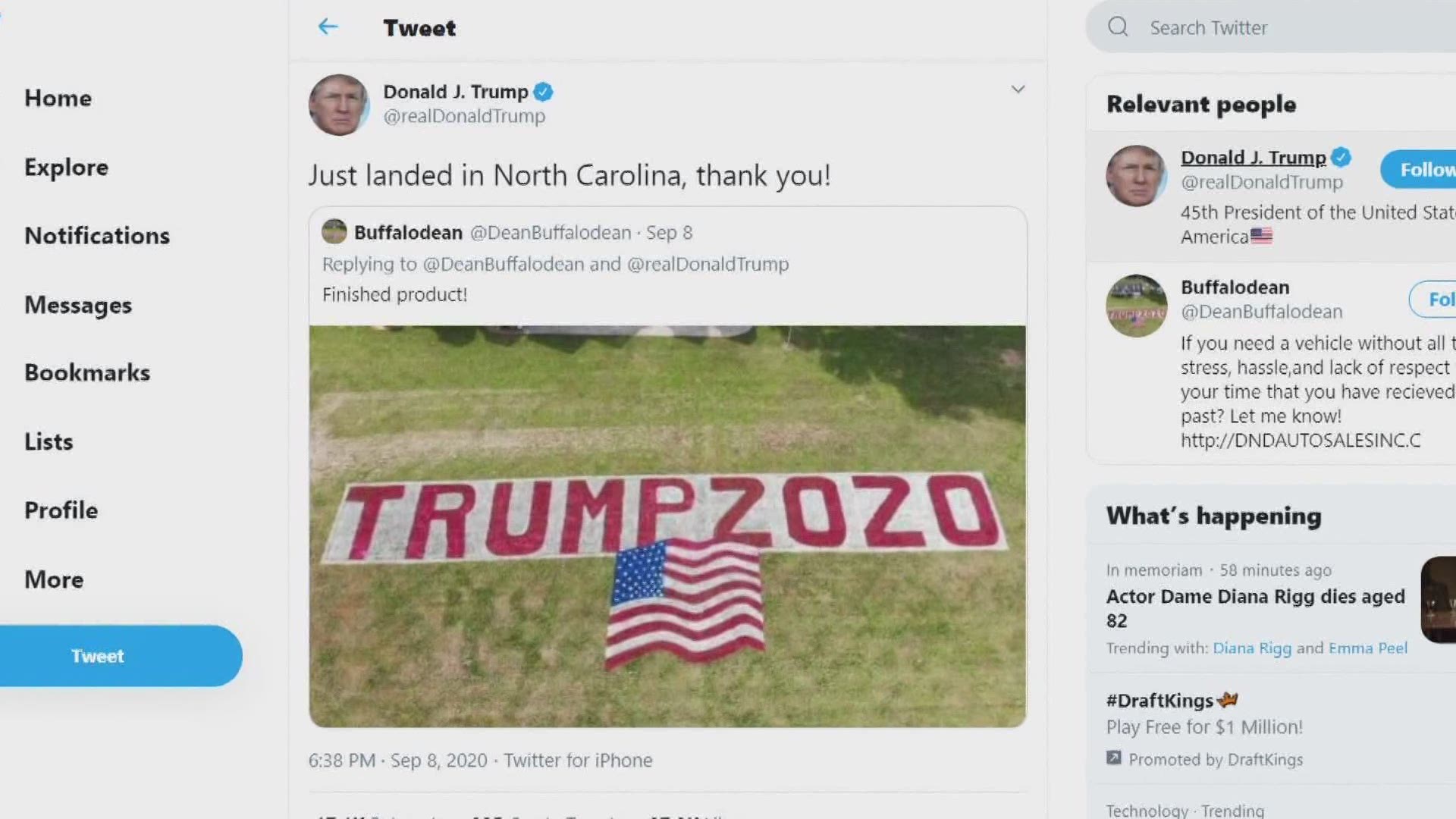 ROCKINGHAM COUNTY, N.C. — Going viral isn't something many of us expect when we share a photo, and we especially don't expect the President to share our photos on a regular basis.

That's exactly what happened to Rob Wilson, unexpectedly. Wilson painted a sign in his yard that reads "Trump 2020," with the American flag.

"We've been talking about it for a couple of months now," Wilson said. "The yard is on a slope and when you ride by, you can see anything on it."

The words are 116 feet by 17 feet, and the American flag is roughly 20 feet by 35 feet. Wilson said it took 25 gallons of paint to complete.

Wilson's friend, Dean Evans, actually tweeted the photos of Wilson's yard sign. President Trump retweeted the photo when he landed in North Carolina for his rally in Winston-Salem.

Wilson said he didn't realize the President had shared Evans' photo of the yard sign until he started getting text messages from friends while he was sitting and listening to President Trump at his rally.

Wilson adds the sign has gotten mainly positive feedback, "The positives really out-weighed the negatives and I never expected that many positives," Wilson said.