One of the largest Confederate flags ever made just went up in Blairs, near Danville. Hundreds of supporters of the Confederacy raised the 30 by 50 foot flag along the U.S. 29 bypass on Saturday. The flag was raised to protest a decision by the Danville City Council to remove the Confederate flag from city property. 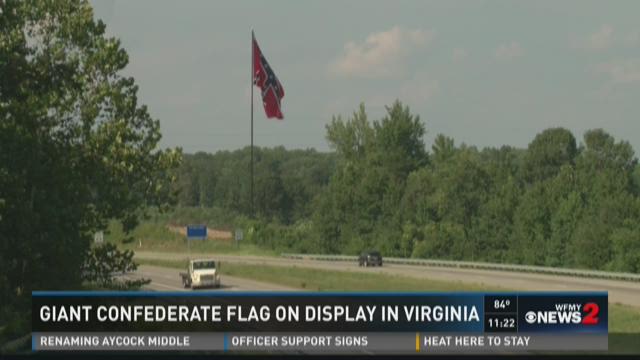 DANVILLE, Va. (CBSDC) -- One of the largest Confederate flags ever made just went up in Blairs, near Danville.

"It's big," says Bob Seifert, traveling through from Pennsylvania.

For the Virginia Flaggers, the confederacy is gone but not forgotten.

The group hoisted the 30 by 50 foot flag Saturday in front of hundreds of people, as a tribute, but also a protest to something that happened last year, not far down the road in Danville.

"They had no business doing that," says Andrew Kirks.

But some thought it was time to see the flags go -- viewing them as a sign of racial hatred.

The Virginia Flaggers group has put up nearly 2 dozen flags around the state since the decision.

And raising this flag, only raises more concern.

"I think it sucks. In needs to come down. It needs to be back in them moth balls where it came from."

"I think we oughta hang em up all over Danville. It's history for us."

Barb Wire Confederate Flag Raised Out Of Protest In VA

1 / 8
Confederate flag raised out of protest on U.S. 29 bypass in VA. The Danville City Council wants to remove the flag from city property.

The Danville City Council made the decision to remove Confederate flags from city-owned properties in August 2015.

The Confederate flag controversy in Danville went all the way to Virginia's highest court -- where a judge ruled in favor of the Danville's city council.

The rule doesn't apply to this flag in Blairs - it's outside city limits and on private property. 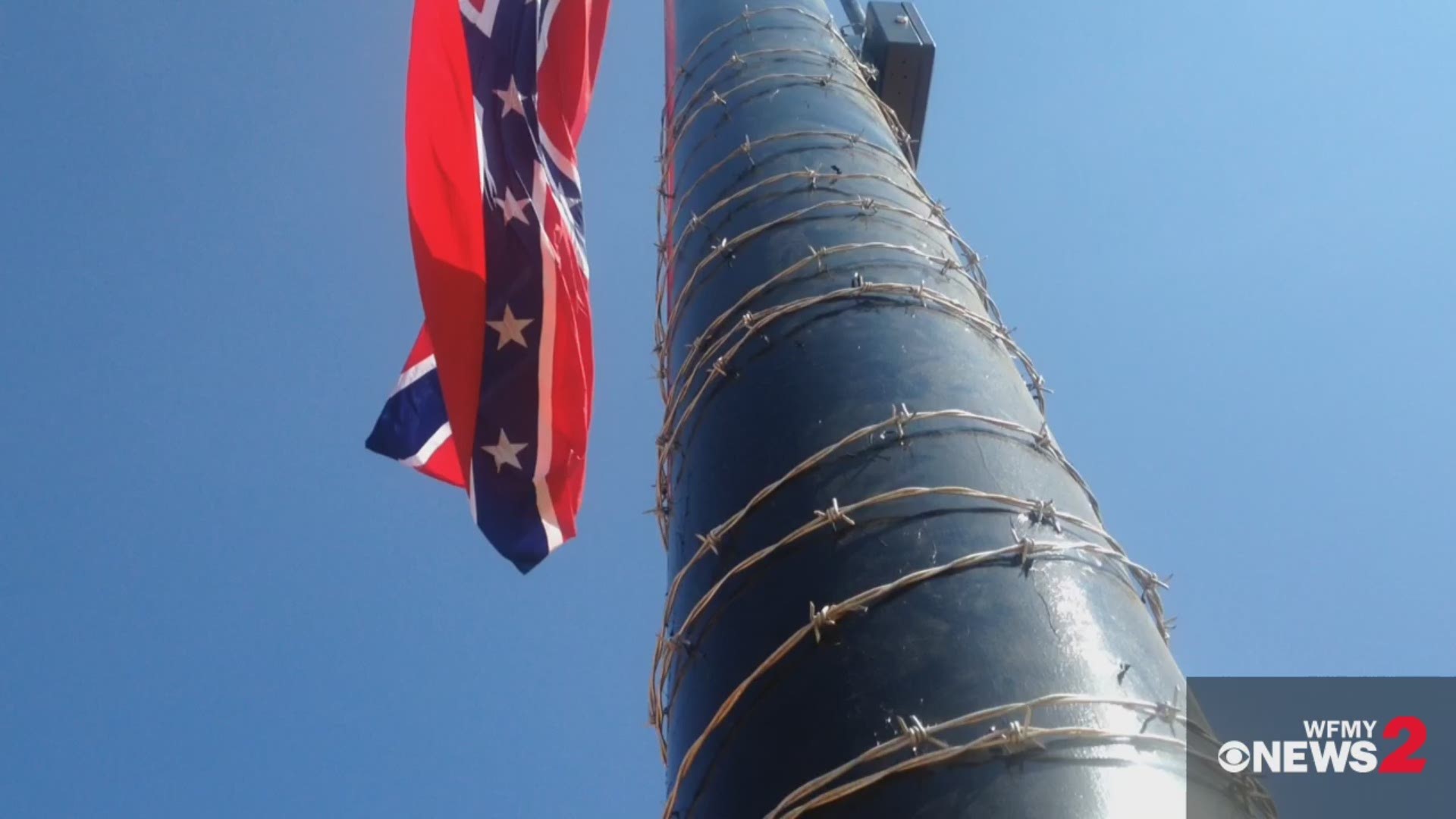