Amazon CEO Jeff Bezos might have ties to Washington D.C., but rankings based on housing markets put other cities as the top contenders for the tech giant's HQ2. 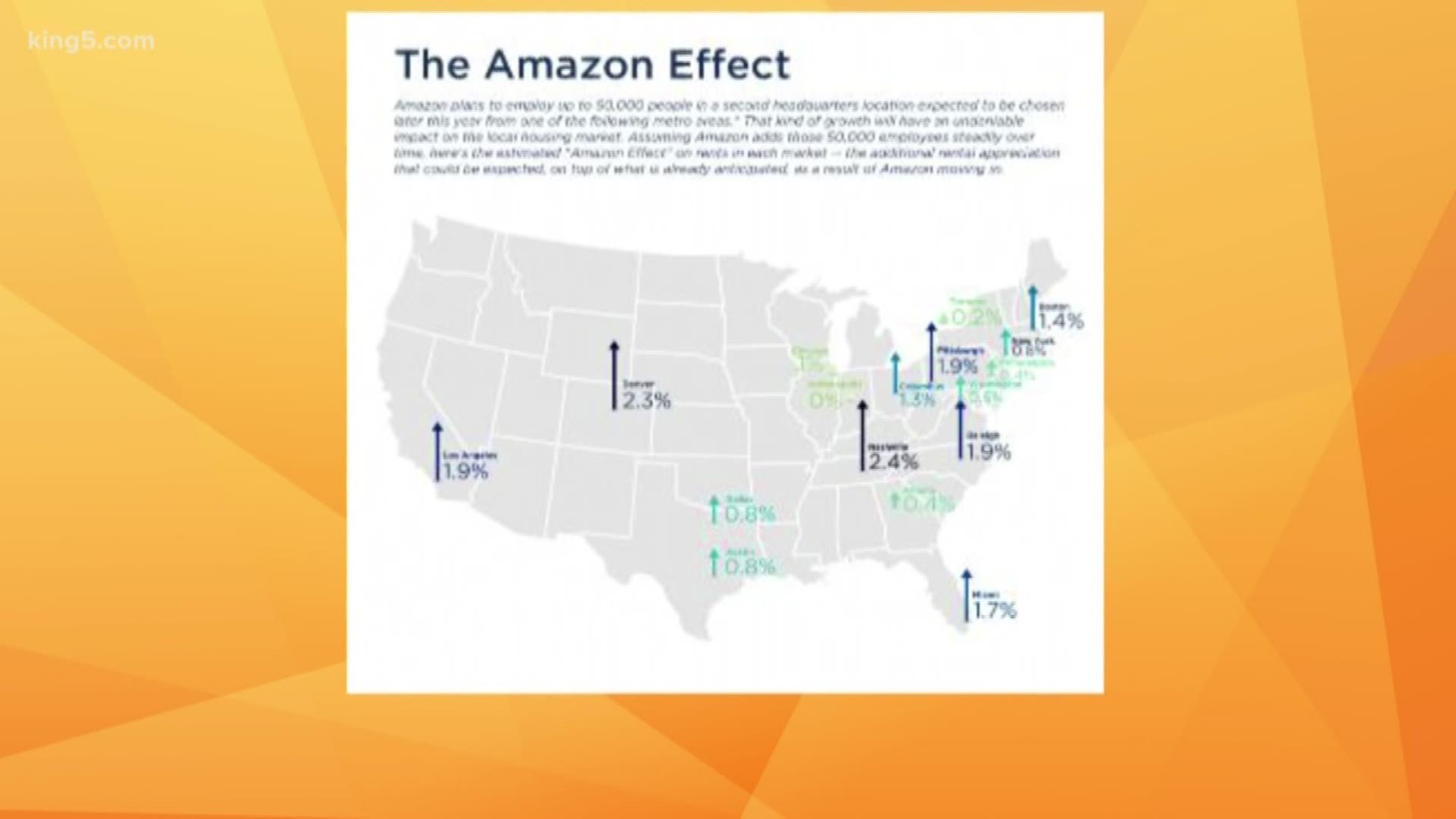 Raleigh, N.C, Atlanta, Ga., and Pittsburgh, Penn. come in the top-ranked cities for Amazon's HQ2 based on their relatively affordable homes, above-average school scores, and below-average crime rates and property taxes, according to a national property data warehouse.

The May 2018 issue of the Housing News Report by California-based ATTOM Data Solutions ranked the top 19 U.S. finalists for Amazon's second headquarters based on factors that influence the housing market and quality of life.

Atlanta and Pittsburgh, which came in second and third, have lower median home prices at $220,000 and $150,000 respectively. Those cities have significantly higher crime rates, but also boast high school scores and better five-year home appreciation than Raleigh.

Although they came in middle of the pack, the report specifically highlighted the District of Columbia and its surrounding counties, Montgomery County, Md. and Northern Virginia.

“We have the kind of talent in the categories they are looking for. It would be good for this economy. It would diversify it and it would attract other businesses,” said economist Stephen Fuller, director of the Stephen S. Fuller Institute for Research on the Washington Region’s Economic Future, Schar School of Policy and Government at George Mason University in the report.

Seattle-local and Amazon CEO Jeff Bezos has already established a presence in D.C. He bought the Washington Post in 2013 for $250 million and bought a former Textile Museum in 2016 to convert into a residence that might become the largest home in the nation's capital.

Among those three candidates near Washington D.C., Northern Virginia had the lowest median home price. But homes were more affordable in Montgomery County due to higher wages in that area, according to the ATTOM Data Solutions analysis.

But Washington D.C. ranks 12 on the list with Montgomery County in the ninth spot and Northern Virginia coming in at 13.