The health inspector found nearly a dozen risk-factor violations while inspecting Essex, a busy cocktail bar and bistro in the heart of uptown. 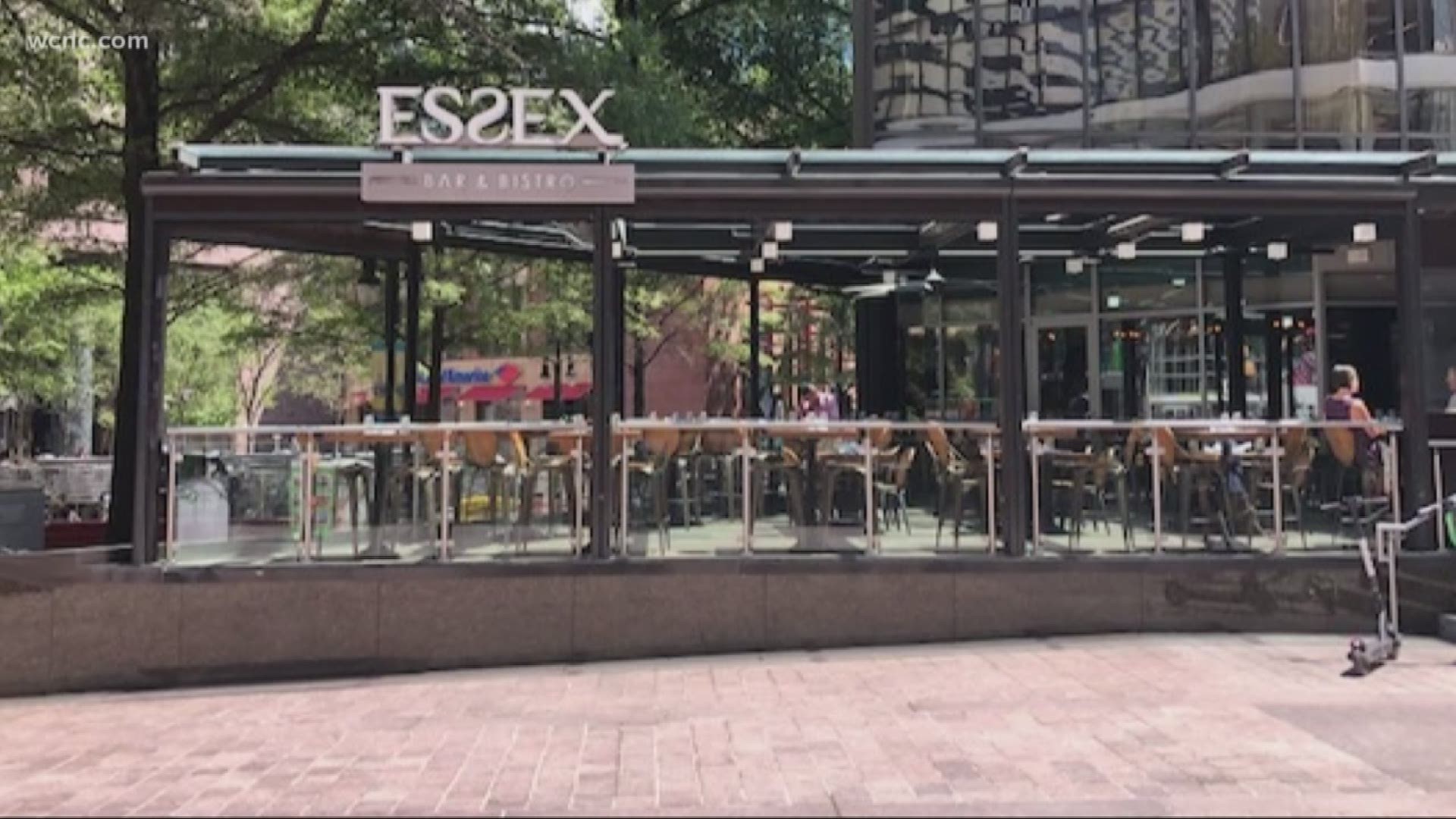 CHARLOTTE, N.C. — Some familiar names found themselves on this week's Restaurant Report Card, including a popular place to go in uptown.

Let's start there, the Essex Bar and Bistro. They were prepping food even though no managers were on site. In fact, the health inspector found 11 risk-factor violations during their inspection.

One employee was eating and drinking while preparing food and they had some food, five lemons to be exact, that had green and white growth on them. Their list of critical violations stretched into two pages. Those violations are red on their report.

The grade at Essex? An 83, that's a lower-end B. Click here to view their inspection report.

Next up is the Godavari Truly South Indian Restaurant on University Center Boulevard. They had cooked food sitting on the counter at 71 degrees and had some foods marinating at 71. The inspector noted those foods were brought out for prep then neglected. Their cooler wasn't working right and food from three days ago was almost 50 degrees, so a lot of it was thrown away.

The grade at Godavari? An 85.5, that's a B. Click here to view their inspection report.

Last up this week is Amruth Vilas. They had an employee washing their hands but not using soap. We're never sure if we should be amused or horrified when that pops up from time to time. They had heavy food debris on their cutting utensils and they were making yogurt without a state-approved variance to do so. They were told to stop, ASAP.

Their grade at Amruth Vilas? An 86, that's also a B. Click here to view their inspection report.