In a memo, the chancellor chided students for ignoring safety measures and gathering for social activities 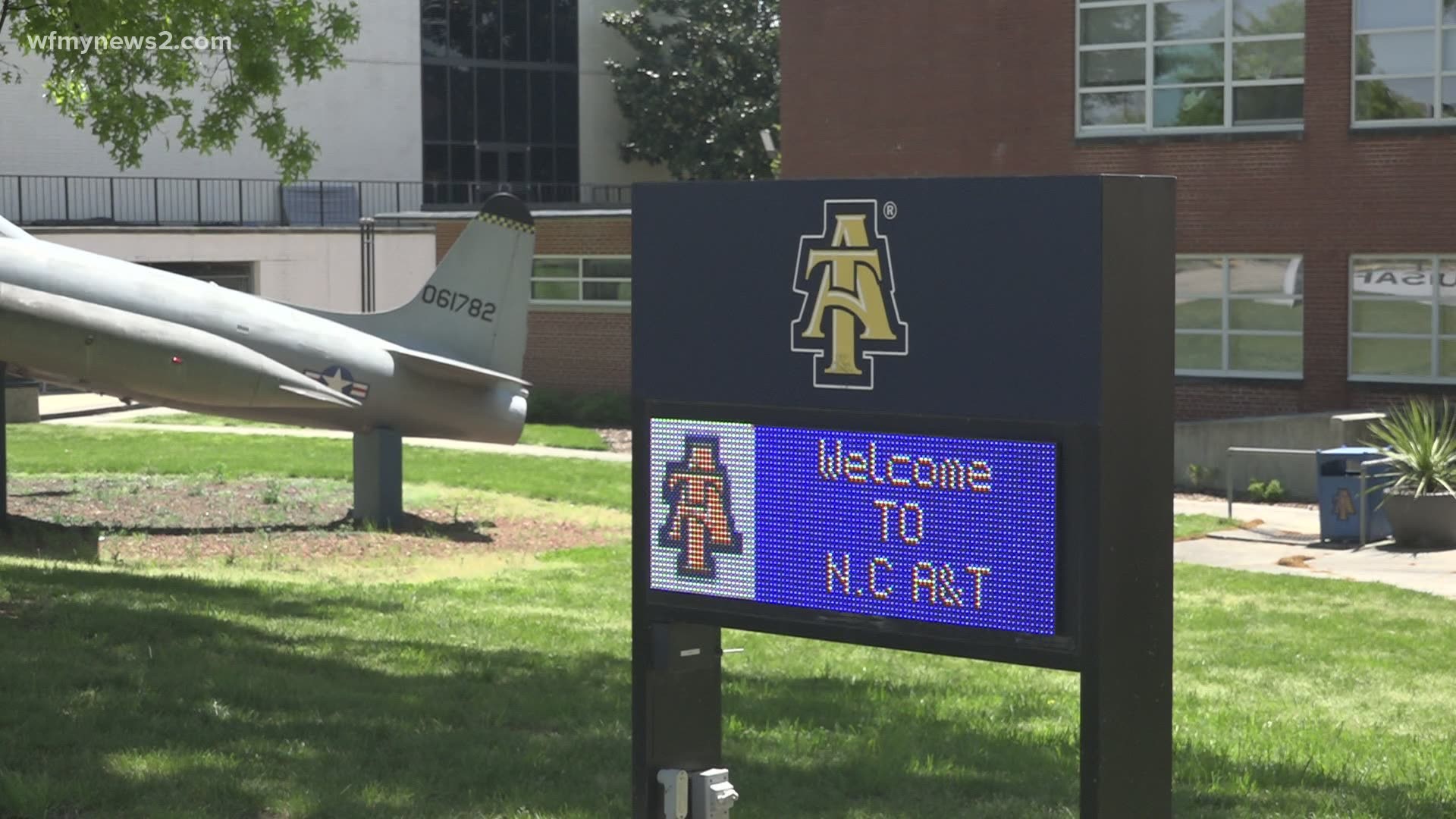 GREENSBORO, N.C. — Despite vaccinations and precautions, one Triad University has seen a rise in COVID-19 cases. Officials at North Carolina A&T State University in Greensboro said cases have spiked with just weeks left in the school year. The university is also in the middle of preparations for its May 9 commencement ceremonies. The ceremonies are planned for both classes of 2020 and 2021.

To keep things from getting worse and threatening the graduation events, officials reinstated strict restrictions to curb student gatherings and limit the spread of COVID-19.

University officials sent a memo to students this week and warned about the rise. The chancellor chided students for ignoring safety measures and congregating.

Now, officials have shut down visitations and in-person dining in cafeterias. Students would be allowed to pick up take-out orders so as to avoid gatherings. Inter-hall visitation would also no longer be allowed through the end of the semester.

RELATED: UNCG Students will see a $1,500 housing credit next year, thanks to two of their peers

The university has had more than 600 cases since January and uncovered new clusters in the past two weeks.

"I understand the students are getting a little reckless," Emmett Gbarbea, a junior Finance major said.

"People will do what they want because we all need that time to grow. But you've got to understand too that people can be a bit immature at times," Gbarbea said.

"Obviously there are going to be concerns because there are conglomerates of people who like to congregate especially on nicer days," said Amanda Artis, a senior at NC A&T.

Some students also said it's not just the social activities fueling the growth in infections but also attitudes.

"People they want to sneeze, they pull down the mask and sneeze instead of sneezing into the mask because they want to keep the mask clean and it's just a lot of lack of common sense going on," said Jarod Hamilton, a senior journalism major.

"If it's going to keep people safe then that's what you need to do," said Davion Huggins, a sophomore.

Some of the students said they were worried about being kept off campus next semester if the trend continued to go up.

Below is the Chancellor's memo:

Student attendance at social gatherings where preventive measures are being ignored is fueling growth in infections that will have negative consequences for everyone if each of us does not do our part immediately to stop the spread.

Effective Wednesday, April 14, we are enacting the following restrictions:

1. In-person dining is eliminated. A&T dining establishments will offer take-out options for pick up, but seated dining in Williams Dining Hall and the Student Center will be stopped for the remainder of the spring term.

These restrictions were among several that were implemented toward the end of the fall 2020 semester and had a rapid and positive impact on viral spread. We hoped that we would not have to return to these measures, but growth in infection rates leaves us no alternative.

If you have not yet been vaccinated, I further encourage you to consider doing so at your earliest opportunity. We have a first vaccine clinic coming up this Thursday, April 15. Open slots are available. Visit the online sign-up page and do your part to get protected.

Other campus restrictions are possible if we do not see immediate compliance with the restrictions above and a change in student conduct at off-campus social events. That could include the elimination of in-person commencement ceremonies set for May 9. Your compliance with basic prevention measures – wearing masks, social distancing, and frequent hand washing – will determine whether we are forced to make those changes. No one wants these events to be curtailed, particularly at this late date.

Additionally, we will not tolerate violations of the governor's executive order regarding large gatherings. Students accused of engaging in those events will be referred to the Dean of Students and face potential sanctions under the Student Code of Conduct.

Students, only 17 days remain until the end of classes for this term. Just 26 remain until commencement. Do your part to ensure we reach those milestones without further incident and that neither graduates-to-be and their families nor your family members and friends back home pay the price for the irresponsibility of a small minority of our student body.