'It's nervous excitement' | Retailers ready to open back up, taking different safety precautions

Some businesses are scaling back hours, some are making masks mandatory, others are not. All are limiting the number of people that can go in at one time. 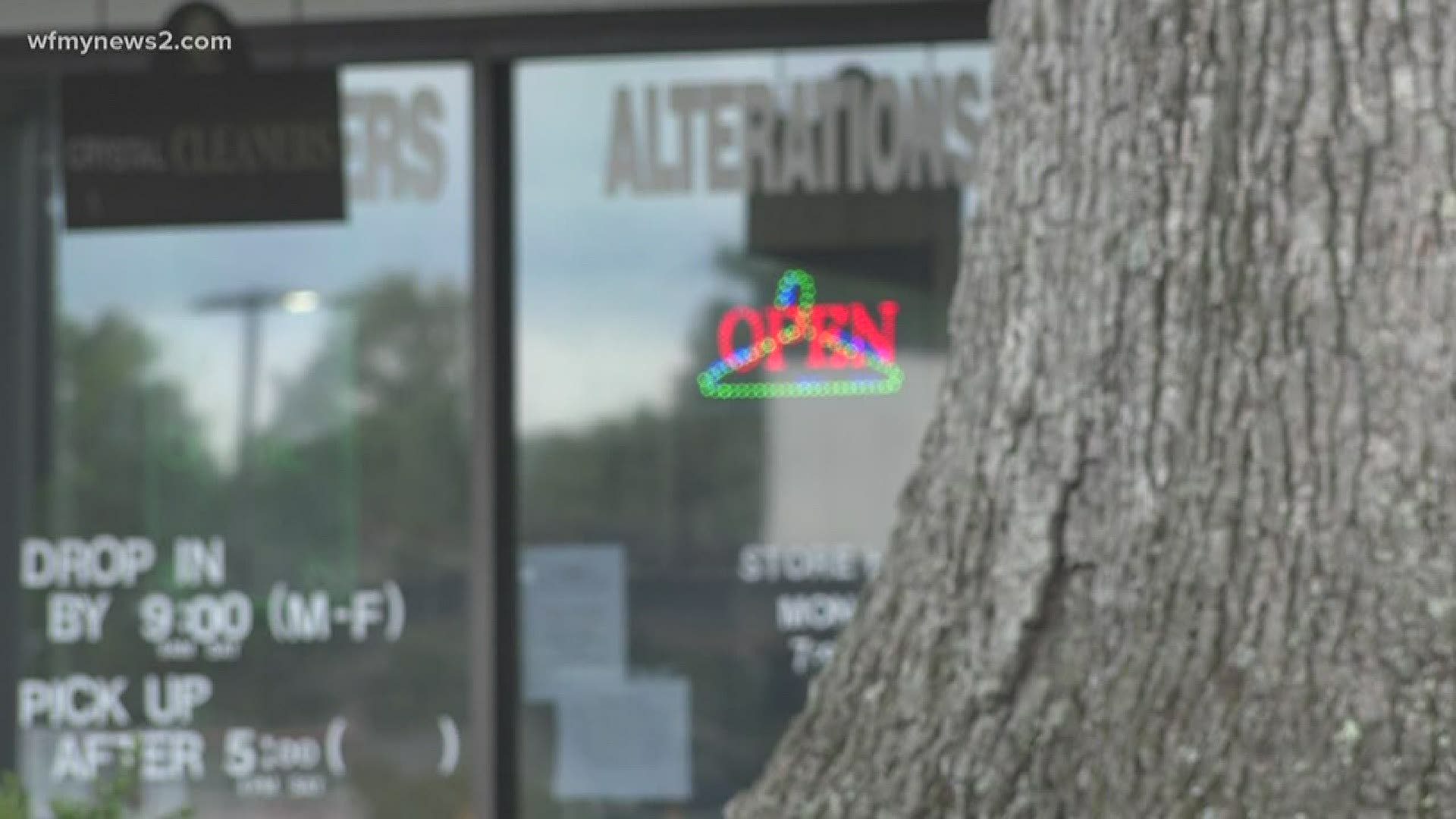 GUILFORD COUNTY, N.C. — North Carolina is starting to open back up. We'll enter phase one of reopening on Friday.

There are certainly mixed emotions after being closed for about six weeks.

"Oh, we're so excited.  We have missed our customers so much," said Shannon Kemp, owner of Style Encore.

Style Encore has locations in Greensboro and Winston-Salem.

"It's a little, like nervous excitement," said Michael Nix of Play It Again Sports Greensboro. "Just because we don't know what to expect, potentially people could be waiting at the door when we open."

The precautions each store is taking varies.

"I am not going to require people to wear masks, but I will be wearing a mask," said Dawn, the co-owner of Sweet Tea Studio & Boutique on State Street.

Sweet Tea Studio & Boutique at Irving Park
Guys we are so humbled by all your support! This is the pickup pile from last night's event 😭😭😭 you have no idea how much each of us here at STS appreciate you! There are 14 vendors here that would...

She has a son with a rare genetic autoimmune disorder, so she is used to sanitizing and taking preventative measures.

"He already goes on quarantine about six months out of the year, and wears a special N-99 mask, which is even higher than a surgical mask," Dawn said. "So because of that, we’re always very careful in making sure hands are washed. We are setting up a hand sanitizer station."

On the other hand, Style Encore is making face coverings a requirement while shopping.

"We're asking our women in the store to wear masks," Dawn said.

Style Encore - Greensboro, NC
We are so excited to announce that we will be reopening to the public this Friday 10:00 -8:00! We have missed you and we appreciate all of the support you've given us! #styleencoregreensboro #sego...

It's best to check businesses' social media pages before heading in.

All stores are required to limit their customer count.

"We're only going to allow four people in the store at a time," Dawn said.

"Twenty at a time, we are so excited to see some people," Kemp said. "Staff will be social distancing as well."

"We're going to have tape on the ground where people can stand an appropriate distance apart," Nix said.

The owners of Style Encore and Sweet Tea Studio said they'll be putting markings outside as well in case a line forms and they are already at capacity.

"We feel really lucky that retail and particularly clothing stores have been named in phase one and we're ready," Kemp said.

For the rest in phases 2 or 3, like certain spas, the waiting game continues.

"I've had someone quit because they're scared to touch people," said Dana Skeen of Synergy Massage & Spa in Thomasville. "You know, I'm worried that nobody is going to come back to work. I mean, I know they need to work, but it is very scary."

RELATED: 'It's unfair, it's wrong' | Why can some massage parlors reopen and others have to remain closed?

The North Carolina Department of Revenue will no longer be taking applications to be considered essential come Friday.

More than 6,300 North Carolina businesses applied for essential status since late March. Some failed, others succeeded.

We all have to follow Gov. Cooper's three-phase plan.