"Nobody was really scared. We might've paused for a second, but you got to act fast," one player said. 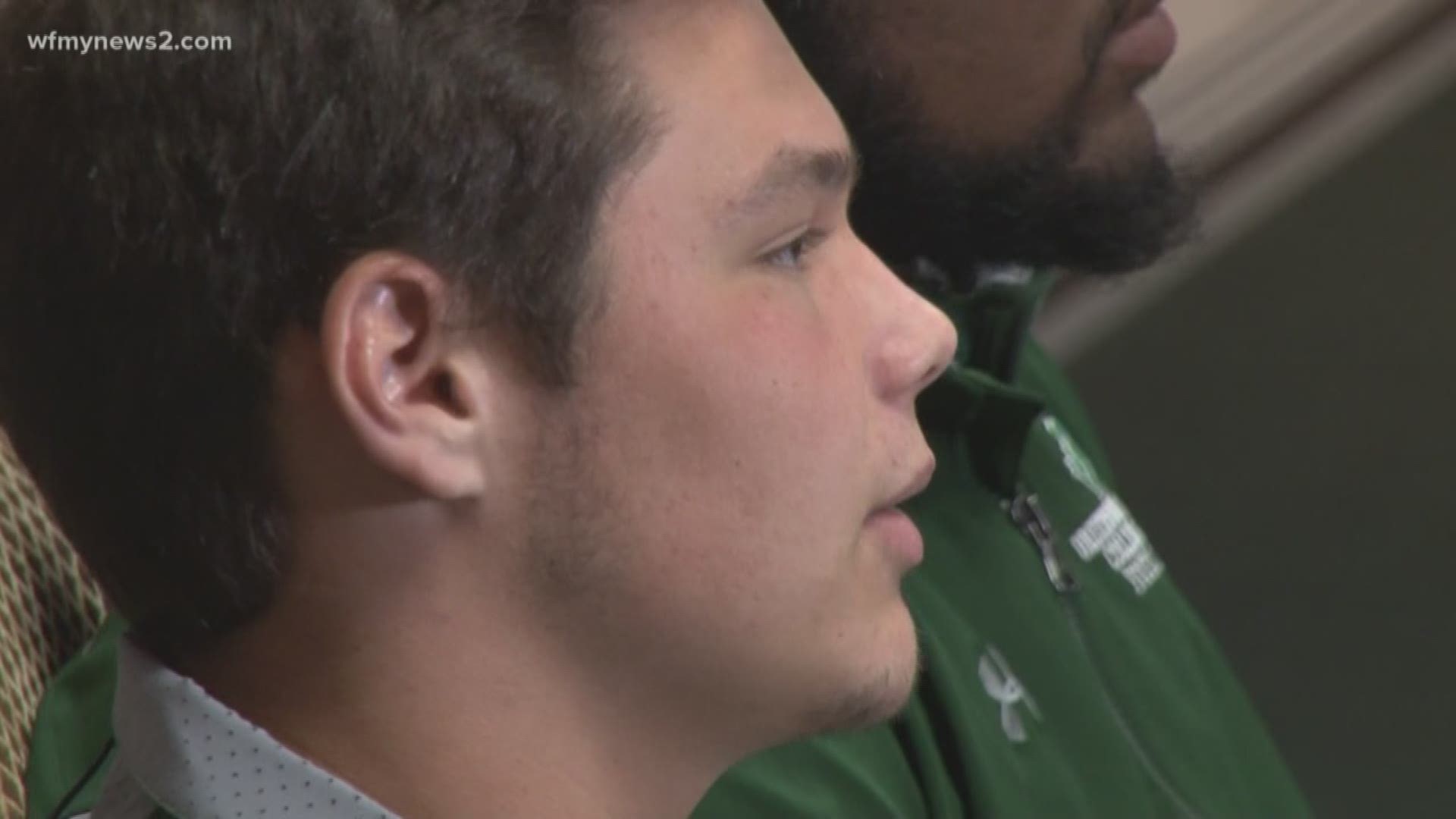 "Nobody was really scared. We might've paused for a second, but you got to act fast," Coffey said.

That's when a man, a wanted fugitive, approached some in the group.

"He came up to them with a gun behind his back he was like I need a ride give me a ride now and they were like you're going to have to ask the driver," Coffey said.

The man began to walk towards Coffey, who was sitting in the driver's seat of a car. That's when a gun was spotted in the fugitive's hands.

The friends managed to get the gun away then Jones sprung into action, as the wanted man tried to run away.

"He got probably about to the back of the other car and I kind of jump and swung and I clipped him in the head and he kept running," Jones said.

Coffey's main concern was making sure no one was harmed, so he put the car in reverse and tried to coral everyone inside.

"As a kid, you think about a situation like that all the time and what you're gonna do. So when everything started happening, I just thought about what to do." Coffey said.